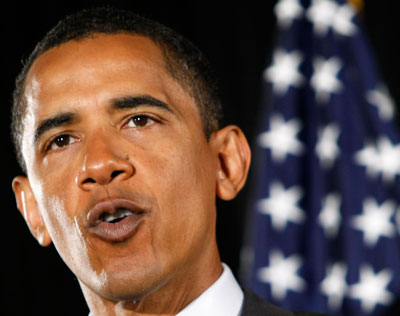 An Open Letter on the Middle East

Your election was celebrated by young Arabs all over the Middle East. In Syria they call you “Abu Hussein” an endearing term given to politicians they feel close to. Young people affiliated with our center in Kuwait, Dubai, Saudi Arabia, Jordan and Palestine wished they had the right to vote for you. Lebanese youth proudly wore Obama T-shirts. “Yes we can” quickly became a slogan heard on Arab streets and our young people added “Yes we will.” This enthusiasm for an American political figure is unprecedented in the Arab world. For this and for the sake of global well-being we hope that your administration seizes the moment to help facilitate emergence in the Arab world; an emergence that will be lead by young- progressive Arab leaders and supported by a US administration that is ready to pioneer fresh approaches in foreign policy.

It is no secret that the key to restoring our credibility in the Arab world, is by –first and foremost- resolving the Israeli-Palestinian conflict. For several years the Center for Human Emergence Middle East (CHE-ME) has dedicated its resources to uncovering the blockages that have prevented sustainable peace from taking root. We believe that in order for any Middle East peace road map to succeed a Palestinian Systemic Development Map has to be implemented first. Together with our Palestinian partners we have been working on a grass roots movement called “Build Palestine Initiative” in which we identified specific developmental steps that are congruent with the Palestinian value-systems and will be most effective in building capacities in Palestinian society. This movement has gained critical mass among progressive Palestinians who advocate self-reliance and we simply must continue supporting them.


Your choice of Chief of Staff and Secretary of State was met with a lot of apprehension in the Arab media. Polls show that over 60% of Arabs think that both Rahm Emanuel and Senator Clinton will be pro-Israel. The way we see it at the CHE-ME is that under the mandate for change that you are leading, pro-Israel should mean the following:


The Center for Human Emergence-Middle East will be presenting to your administration a position paper detailing our culturally-fit approach to solving the conflict, the breakthrough results we have achieved so far on a grass roots level, and recommended systemic strategies for ushering in sustainable peace.

Real change in the Middle East and in Palestine must come from new ways of thinking, fresh approaches to understanding cultural dynamics, and innovative ways to actually meet the developmental needs of people. We are certain you recognized many of these principles in your work in community development in south Chicago. Simply "doing more of the same" that has produced this situation, will not bring the outcome we all desire.

As a proud Arab-American I am encouraged to see the most powerful democracy in the world having the potential to become the most conscious democracy under your leadership. My hope is that the enthusiasm you brought to Arab youths is sustained by a bold action-plan that can support transformation and emergence in the Middle East.

Elza S. Maalouf is the CEO of the Center for Human Emergence-Middle East, a non-profit research and strategic design center that integrates different modes of thought and value-system priorities with geo-economic elements within the Arab world. She is leading innovation within the Islamic Arab world to identify complex thinking that will facilitate the emergence of Arabs into their 21st century Renaissance.

I agree with you that Obama represent now a systematic inclusive thinking that can reshape our future in middle-east as in Europe.

Permalink Reply by Ali Afifi on December 3, 2008 at 10:59pm
Since 4 years I was wondering from the opinions of some American citizens who encouraged the USA government to do more with the Arabs and Muslims and said to myself that this will be the end of the world if this policy will continue because I know that violence lead to more violence. I was afraid that the USA citizens will choose again the same policy but I realized subsequently that also the American citizens were angry like us from this policy toward the Arab and Middle East and the healthy sounds were hidden until they voted for the sound one. I was astonished why this civilized nation and highly educated people were deceived but I knew that many were forced to be silent for fear.

My congratulation to Obama and my pray to him and to the American citizens because they recovered and I think when they recover they will help the others to recover.

Permalink Reply by Karen Chaffee on December 14, 2008 at 9:30am
A government can deceive even its own people, but will sooner or later be found out. A government official can also misrepresent the feelings of the average citizen. As a citizen of the United States, I would offer to you that most of us embrace peace rather than violence or prejudice. Most of us are watching our government more closely than ever. We are a democracy, after all. The government is supposed to belong to the people here, not the people to the government.

Permalink Reply by Elizabeth Kojder on December 14, 2008 at 4:12pm
well said Karen and ideally that should be the case but as we all know it is very rarely true ...I do hope and pray that President-elect Barack Obama brings honesty to Government and some peace and stability to the world. Perhaps we are asking too much of one man and it is up to the rest of us to help bring this about. Bless you all for caring

Permalink Reply by Neri Bar-On on December 15, 2008 at 10:20am
The change is that we do not ask anything from the man, we ask it from ourselves and he is one of us who got the responsibility of USA president.

Permalink Reply by Neri Bar-On on December 17, 2008 at 3:05pm
I think that Elza will appreciate you contact her through http://BuildPalestine.org/

Permalink Reply by DrMillionaire on December 16, 2008 at 5:23pm
We are heading rapidly towards a Golden Age, and a new Era for humanity, all Life on Earth and Earth Herself.

All we need to do is embrace the changes, live in the Now, and extend service to others before service to self in Unconditional Love.

Just continue to have Faith

There is no order of business.

There is no rule that we have to follow.

There is only Creation.

And as we explore, decide and hold the vision, which means find the feeling place of that which we want, it is a absolute promise that the Universe will stand on its head in endless ways to organize the circumstances and all the events to make things turn out exactly as we are wanting them to be.

Faith - Sees the invisible, believes the incredible and receives the impossible.

The Universe can orchestrate things in such delicate perfectly timed ways.

Things, on many levels, that we are aware of and not aware of.

Everyone can help to raise the consciousness and vibration of humanity.

I too think we are getting there, and we need to thrive there in our consciousness and our being.

Permalink Reply by Neri Bar-On on December 20, 2008 at 10:09pm
This is the activity of http://BuildPalestine.org

The letter was sent, but each ov you can help this idea be more available it will make this initiative manifested into a Palestinian state and freedom. as we all, include the Israelis yearn for change,

So I invite you to contact Elza and this group, they need help as any group who wish change.