Fog of My Mind 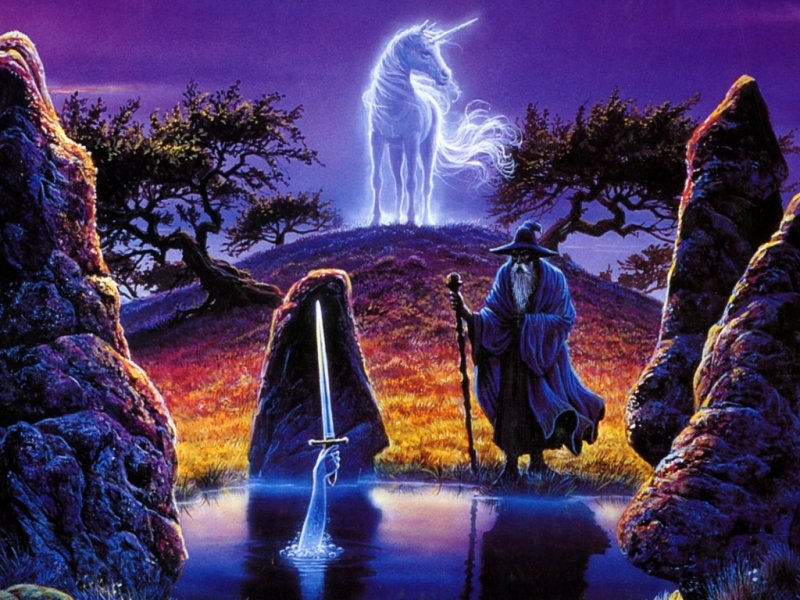 As the fog rolled in,quietly drifting along,slowly making it's way throughout the slumbering valley.
My thoughts were about my dreams of last night.
I sat quietly on this little knoll,overlooking the valley below.
My home town,nestled in the nooks and crannies of this little vale,only a few rooftops were visable.
They reminded me of little Hobbets from a movie I'd seen...
Everything was silent,as the fog drifted by,slowly collecting on each leaf,each blade of wild grass.
There was a spider's web left on an old rotten fence,that was covered with the morning's dew,and the fog...
Like snowfall...the silence was almost deafening.Only the sounds of my breathing,
and droplets of dew hitting the forest floor,was all I could hear.
I searched inside,sorting my thoughts,trying to remember as much as I could
of the dreams I had,and what they meant to me.
I saw waterbirds gathering in a small pond,just outside of town.
there were hundreds of them,and in my dream,I floated through them,as if invisible.
Geese and Ducks,waterfoul all around,but none were afraid,none moved out of my way.
I drifted along,much like this fog,without any real purpose,or direction,just drifting.
Across the little pond,to the distant shore,and into this clearing,a meadow of sorts.
Suddenly,without notice,it was as if tall trees had sprung up all around me,
I found myself in the middle of this clearing,the very center of that meadow.
One by one,animals came from the shadows toward me,only to sniff the air in my direction.
From Deer,to Bear,Cougar and Bobcats,Wolves and Coyoties,even the old Badger came to stare at me.
All of the forests animals were looking at me as if they were asking a question.
What?
What can I do for you?!?
I screamed into the darkness,only to be met with my own echo,over and over,untill it faded away.
The Animals just looked at me with that question in their eyes,begging for answers...
Answers to questions that I don't even know?What?!? I screamed again...
Geting no answers myself,I strolled down to the pond for a drink of cool water.
When I saw my reflection,I saw that I had been turned into a spotted cat,a Leopard.
I didn't belong in this jungle,this forest...but why was I here?what was my calling?
I heard a wolf howl in the distance,and everybody turned to listen to him.
I understood him...*but how?*
I had to wait for him to get here,for he was the only one who could speak to me.
He was the only one who knew my tongue,and could read my thoughts as well.
*but how?*
I sat under my tree and waited,one by one,each of the other animals took a spot to rest.
I saw other animals that didn't belong there, too...Like the Fur-Seal,how did you get here?
A Rhino was at the edge of the clearing,standing next to an old Oak,scratching himself on a lower branch.
After about half an hour,a few of the animals parted,to make an isle or clear a path...
Emerging from the forest,I saw a Wizard,followed by a Unicorn,
also followed by a pure White Wolf...
Our eyes met,but it seemed,to me at least,not for the first time.
Where had I seen this Wolf before?
As he got closer,I looked into his eyes,they were so familier to me,Where had I seen them?
His eyes were a reflection of my own eyes,they Were My Eyes!*but how?*
Everything went quiet,settling down untill nothing at all could be heard,even the breezes stood still.
The Wolf Spoke...
"You are here to Help our kind as well as your own,you will tell Humanity how they Harm us for Greed.
You will tell them how they destroy our homes for Logging Timber.
You will show them how they destroy our Waters with Off Shore Oil Drilling and Shipping Wrecks.
How they Pollute our sky with Jets and Smoke from factories,and WAR...
You Must tell them, or All will die"...The White Wolf sat...and was slient again.

The Wizard then Slammed his Staff into the ground,which made a thundering sound,
Unicorn Reared up,it's horn sparkled,then flashed once,and in that blinding flash,
all of the animals had disappeared into the night,back to where they had come from,
and I was left alone.
There was nothing in the clearing to proove anything had happened at all,
save for the Wizards staff,still stuck in the ground where he left it.
I walked over to pull on it,but the staff remained steadfast in the ground,as if planted there,roots had grown.
so I returned to my tree to contemplate,trying not to complicate,but just think things over...
I awoke with a start,in a cold sweat,showered it off,and got dressed.
I fixed myself a thermos of hot Coffee and walked up the hill to my little tree...
to watch the fog roll in...

From this dream I must conclude,
I must inform humanity about what they already know, but don't seem to care about?
How can One man make a difference in this world today?
Alot of people see "Saving our Planet"as a dead issue,
a few are getting into it,some are doing something about it,but over all,What can I do?

So I sit here this morning,thinking about my dream,wondering what can I do to help my planet heal?
The only tools I have for this is my mind,a small personal computer,and the internet...
I can't type very fast,but I have alot of time...I wonder...What can One Man really Do?