Background,
The regularity and richness of the annual Nile River flood, coupled with semi-isolation provided by deserts to the east and west, allowed for the development of one of the world's great civilizations. A unified kingdom arose circa 3200 B.C., and a series of dynasties ruled in Egypt for the next three millennia. The last native dynasty fell to the Persians in 341 B.C., who in turn were replaced by the Greeks, Romans, and Byzantines. It was the Arabs who introduced Islam and the Arabic language in the 7th century and who ruled for the next six centuries. A local military caste, the Mamluks took control about 1250 and continued to govern after the conquest of Egypt by the Ottoman Turks in 1517. Following the completion of the Suez Canal in 1869, Egypt became an important world transportation hub, but also fell heavily into debt. Ostensibly to protect its investments, Britain seized control of Egypt's government in 1882, but nominal allegiance to the Ottoman Empire continued until 1914. Partially independent from the UK in 1922, Egypt acquired full sovereignty with the overthrow of the British-backed monarchy in 1952. The completion of the Aswan High Dam in 1971 and the resultant Lake Nasser have altered the time-honored place of the Nile River in the agriculture and ecology of Egypt. A rapidly growing population (the largest in the Arab world), limited arable land, and dependence on the Nile all continue to overtax resources and stress society. The government has struggled to meet the demands of Egypt's growing population through economic reform and massive investment in communications and physical infrastructure.
* Geography
* People
* Government
* Economy
* Communications
* Transportation
* Military

I KNOW IT IS TOO MUCH INFORMATION TO READ NOW,
BUT IT IS NOT EVERYTHING YOU SHOULD KNOW ABOUT EGYPT!!
STILL MUCH MORE TO KNOW DEAR MEMBERS.
WISH YOU ALL THE BEST..
MODY.

Permalink Reply by mody Ibrahem on October 20, 2009 at 9:22pm
hi Rosemary ,
you are welcome always, hope to see you soon in Egypt
love,peace..
Mody.. 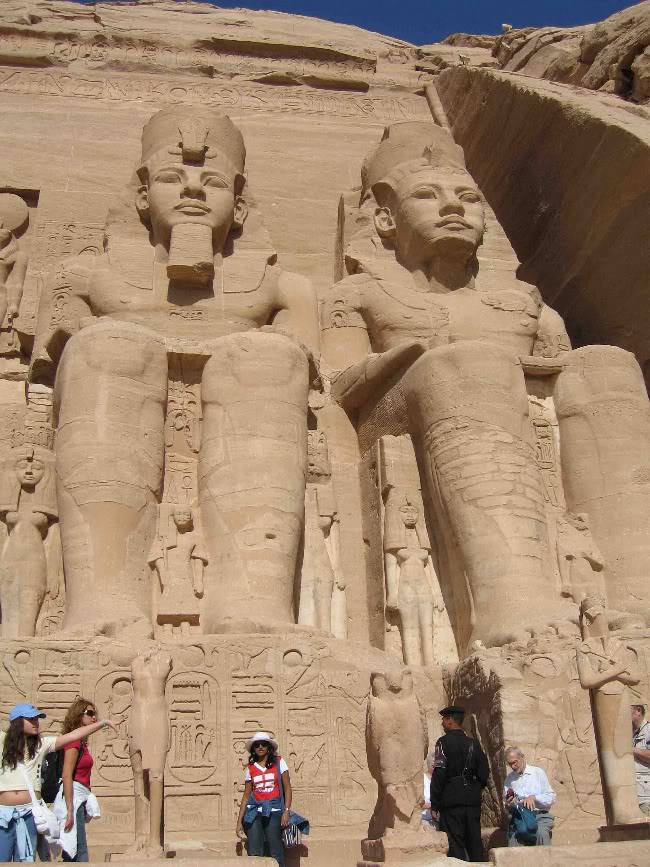