Ufo's are beginning to response 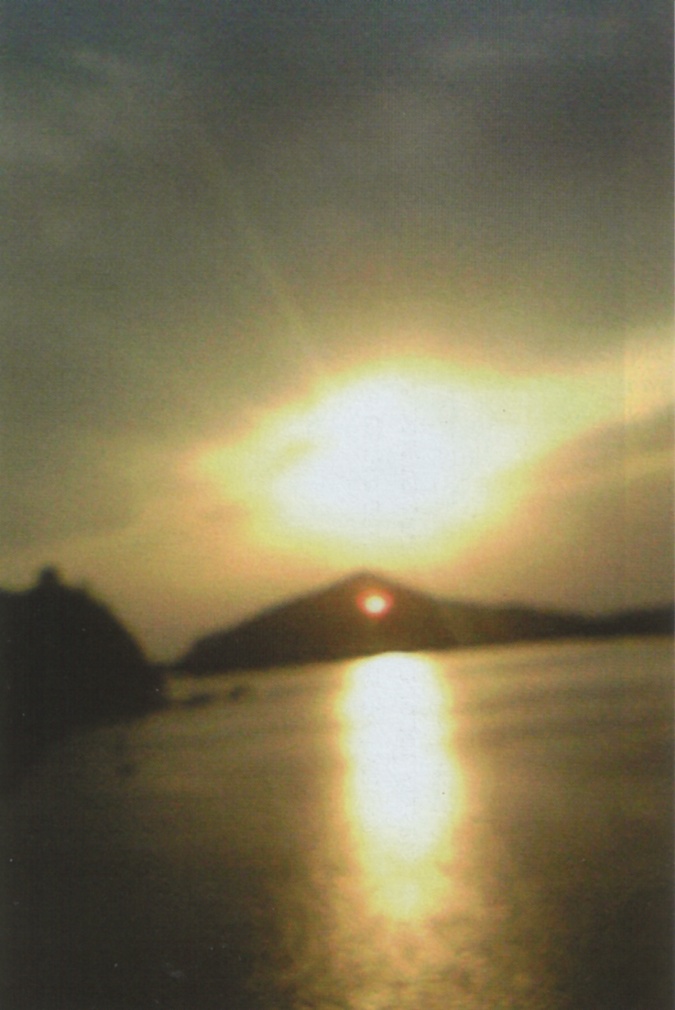 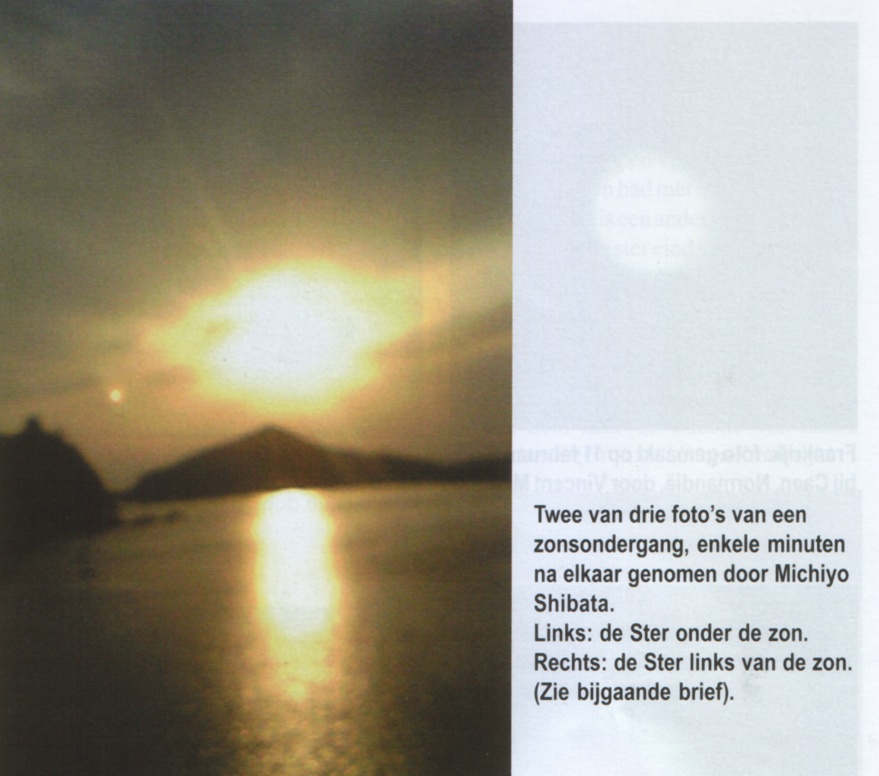 On 15 February 2009 I was thinking about the "bright star" and intuitively I aimed my cell phone camera toward the sun and took several photos one minute apart. Later, looking at the photos I saw a round object near die sun - either to the right, left, or above the sun. I was puzzled as to how the object could have moved so quickly.
Also. I took a photo of the sun as I stood in front of the Boston Museum in Nagoya. I could see a tiny point in the photo, near the window of a building a few meters away from me. I said in iy mind. "If you are an UFO, will you show yourself bigger?*'
In the next photos the object could be seen more clearly, showing itself in a different position in each
shot.
(The object was confirmed to be a UFO but not the Star.)

(Editors note: The UFOs are beginning to respond to thought requests from those unafraid and welcoming their presence.)

Next, I decided to take a photo of a sunset scene over the Kiso River in Gifu, believing the bright star would definitely appear near a beautiful sunset. I aimed my cell phone camera towards it. On the display screen I could see a tiny object moving. I made various requests in my mind:
"You are too small to see. Will you make yourself more visible? Please come closer to me. Please go closer to Inuyama Castle", etc.
Each time, the object responded to my thought. I didn't see it with my naked eye, but it showed on
the camera. I am convinced that the bright star exists and our thoughts really do materialize.
[See photo in the March issue of Share International] 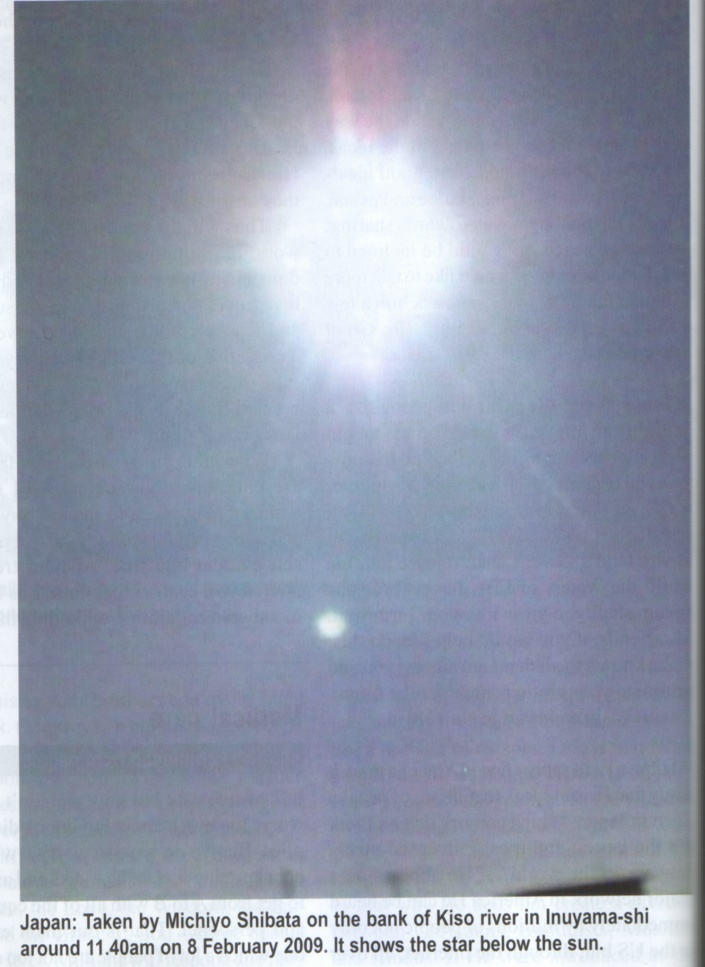 I told this story to another member of the group, Miyako Hirai. She also talked to the object when she took a photo of the sun, saying: "Please make yourself bigger"
and the object showed itself much bigger.

(Benjamin Creme s Master confirms that it was the Star. and it was responding to her thought requests.)

Permalink Reply by Marique on July 29, 2009 at 10:09pm
Thank you so much for sharing these. These pictures are awesome! And to think that they responded to requests, amazing......