11:11 is a wake-up call 11:11 is a pre-encoded trigger placed into our cellular memory banks prior to our descent into matter which, when activated, signifies that our time of completion is near. This refers to the completion of duality.

11:11 is a wake-up call for lightworkers
11:11
What is it about?
What does it all mean?
The Meaning of 11:11
For many years the numbers 11:11 have been mysteriously appearing to people all over the world. Often appearing on digital clocks, the sightings of 11:11 tend to occur during times of heightened awareness, having a most powerful effect on the people involved. This causes a reactivation of our cellular memory banks. There's a stirring deep inside, a hint of remembrance of something long forgotten.
11:11 is a pre-encoded trigger placed into our cellular memory banks prior to our descent into matter which, when activated, signifies that our time of completion is near. This refers to the completion of duality. When the 11:11 appears to you, it is your wake-up call. A direct channel opens up between you and the Invisible. When this happens, it is time to reflect on whatever you are doing for a moment and Look Larger. A transfer is in position. You can enter the Greater Reality if you wish pray or meditate and seed your future and also, you can be seeded by the Invisible. You can ask for help in some specific area of your life or simply listen quietly and receive a revelation.
The appearance of 11:11 is an always beneficial act of Divine Intervention telling you that it is time to take a good look around you and see what is really happening. It's time to pierce the veils of illusion that keep us bound to an unreal world. You have been chosen, because you are ready, to step into the Greater Reality. To lead the way for others into a new way of living, into a Greater Love. To ascend from
duality into Oneness.

The 11.11 is the bridge our vitality and oneness. It is our pathway into the postive unknown and beyond

• 11 is a "master number or "power number" as most numerologists will testify. It is a number which cannot be reduced by adding the two digits. 11 is associated with someone who is on a higher plane of existence. Someone who brings "mystical revelation". Someone who often feels slightly distant from the people surrounding him or her, and has trouble feeling any real empathy for them. Also, this is sometimes the number of the matyr.
• The Number of the knowledge of God is 11. According to Arabs, this one passing by 11 steps.

To the core *** lotus heart opening *** our one true love

The doorway of the 11:11 and their keynotes 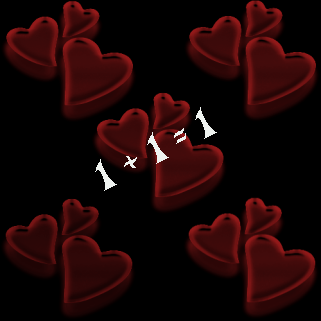 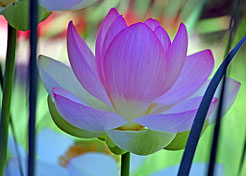 
The first Activation of the Eighth Gate took place on February 11th, 2007.

Eighth Gate is the most important 11:11 Gate Activation since the original opening of the 11:11 Doorway in 1992. 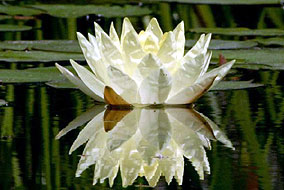 It has been over two years since the First Activation of 8th Gate on February 11, 2007. The First Activation flung open the doors to the Lotus World, the realm of pure True Love. The Lotus Heart represents our new emotional body that resides within the Ultra Greater Reality. It is the level beyond the One Heart. One of the differences between the One Heart and the Lotus Heart is the added component of the fulfillment of our Wildest Dreams. We can now serve the One while fulfilling our deepest, most intimate, personal desires.

Our New Foundation is created through the Awakening of the Lotus Heart. The Lotus Heart is the core dynamic of our New Foundation. Our New Foundation can only be created with steadfast integrity and the deepest levels of commitment, openness and Love, requiring us to be Real and True like never before. This moves us into the Lotus World, the realm of Right Time - Right Place and the fulfillment of our Wildest Dreams. And this is just the beginning….

... more information you will find at http://www.nvisible.com

Find more music like this on iPeace
Music from the heart

Comment by Dani Marael on December 24, 2008 at 1:47pm
Lotus love
You will find the lotus love inside the depths of your being, inside yourself. Inside of everyone is a lotus heart, which you can open and so share and radiate the love that you are, and so be love.
By analysing yourself and your emotions you peel back the layers of the ego to see the true nature underneath the center of your being. Pull back layer after layer to get closer to your lotus heart and you will achieve truth, purity, integrity – a precious lotus flower will blossom - it is your center with your true colours. 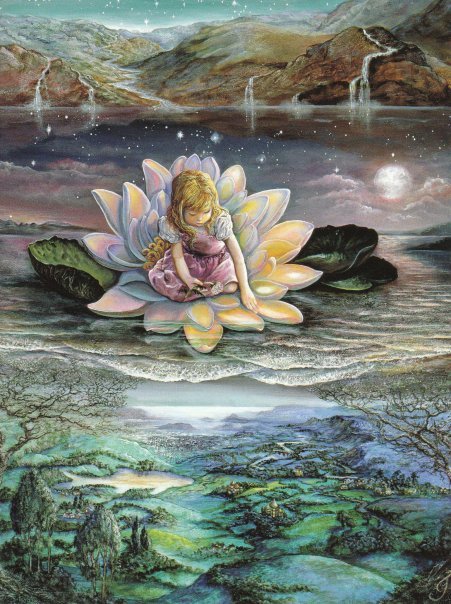 Comment by Clemens on November 14, 2008 at 8:29pm
All about the last 11:11 wave on:
http://thelightweaver.org/index.php?option=com_content&task=view&id=219&Itemid=1
warm regards,
Sandavala