Website: http://www.sahajayoga.org
Location: Throughout all the Universes of Creation!!!
Members: 19
Latest Activity: May 28, 2014

The River of Life, Kundalini, integrates Spirit into Human awareness

The individual Mother Power, Who is the Divine Pure Desire for Life and Self-knowledge, God-knowledge, is Who heals and unites the Human body of physical, emotional and conscious bodies as She bring Spirit out of witness state where It resides in the Human soul left heart centre. Thus, through bringing attention and desire towards the Kingdom of God, in the 'Moses fire' Sahasrara chakra above the head of a Human, the Spirit comes to have access to Its Pure Knowledge, Pure Love, Almighty Powers and such, while incarnated as the Human to do work for God Almighty.

To open the top energy centre, that which connects Divine All-Pervading Powers to Kundalini River of Life and Spirit, there is a simple step, and then, there is a living process to grow this Spirit awareness into a balance.

“The ear that hears the reproof of life abides among the wise. He that refuses instruction despises his own soul: but he that hears reproof gets understanding.” Proverbs 15:31,32

"The sap of the tree rises, goes to every part and comes back. It is not attached.
If you are attached to one part or one flower because it is more beautiful then the tree will die and the flower will also die.
Likewise love that is entangled or attached also dies… "
Shri Mataji Nirmala Devi - http://www.sahajayoga.org

With My Love, Peace and Support
Richard Embleton

You need to be a member of Collective Spiritual Consciousness - Self-realization to add comments! 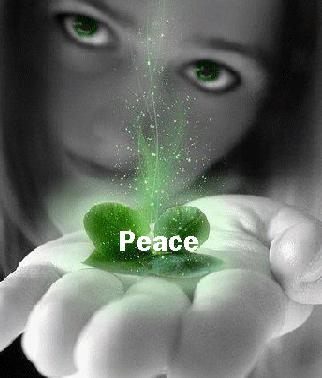 Comment by Mithilesh Wasu on June 13, 2012 at 7:02am
JSM. Good morning to all of you. Richardji we are very thankful for your great support to lead us reach the Sahasrara. We request you to please keeps in your touch and please provide us the necessary help to reach and get stable in Sahasrara.

"In the last 120 years or so, a number of original gospels and manuscripts have come to light. The most notable being in the 1880s with the re-discovery of 'the Gospel of the Holy Twelve', the Essene New Testament, by the saintly Reverend Gideon Jasper Ouseley, who translated it from the original Aramaic into English. Rev. Ouseley was a great scholar and a deeply spiritual man. He observed a purely vegetarian diet. He neither smoked nor drank and spent several hours each day in prayer and meditation. For daring to reveal the Truth, he was severely persecuted and forced to leave the Church of England in which he was an ordained priest. The Gospel of the Holy Twelve contains the pure, original and unadulterated words of Christ. The following is my favourite verse, as it captures so beautifully the true spirit and nature of Jesus. 'And the birds gathered around him and welcomed him with their song and other living creatures came unto his feet and he fed them and they ate out of his hands' The Essenes believed in the sacredness and unity of all life and were strict vegetarians. It can be no surprise that the original teachings of Jesus should be so full of love and compassion for all God's creation. Here are a few of the most interesting verses:

'Boundless love. Order indeed is good and needful, but before all things is love, love ye one another and all the creatures of God, and by this shall all men know that ye are my disciples.'

Animals, verily these are your fellow creatures of the great Household of God, yea they are our brethren and sisters, having the same breath of life in the Eternal. And whosoever careth for one of the least of these, and giveth it to eat and drink in its need, the same doeth it unto me'.

'For of the fruits of the trees and the seeds of the herbs alone do I partake. Now Joseph and Mary, his parents, went up to Jerusalem every year at the feast of the Passover, and they observed the feast after the manner of their brethren (the Essenes), who abstained from bloodshed and the eating of flesh and from strong drink'.

John had his raiment of camels hair and a girdle of the same about his loins, and his meat was the fruit of the locust tree and wild honey'.

'The robber who breaketh into the house made by man is guilty, but they- who break into the house made by God, even the least of these are the greatest sinners. Wherefore I say unto all who desire to be my disciples, keep your hands from bloodshed and let no flesh meat enter your mouths.' Mercy killings (animals): 'But if they kill to put an end to suffering which cannot be healed, they are not guilty if they do it quickly and in love'.

Feeding of the 5,000: 'He saith unto them, "How many loaves have ye? Go and see". And when they knew, they said, "Six loaves and seven clusters of grapes." And he commanded them to make all sit down by companies of 50 upon the grass. And they sat down in ranks by hundreds and by fifties. And when he had taken the six loaves and seven clusters of grapes, he looked up to Heaven, and blessed and brake the bread, and the grapes also, and gave them to his disciples to set before them, and they divided them among them all.

The last supper: Iscariot said, "Where is the lamb that Moses commanded", for Judas had bought the lamb, but Jesus had forbidden that it should be killed, and Judas said again, "Master, is it not written that a lamb must be slain for the Passover within the gates?" and Jesus answered, "If I am lifted up on the cross, then indeed shall the lamb be slain."'

N.B. The earliest Christian writer, Hegesippus, says of James, brother of Jesus and the first ruler of the Christian Church in Jerusalem. that 'he drank no wine, nor strong drink, nor ate he any living thing, even his clothes were free from any taint of death, for he wore no woollen, but linen garments only.'

Clement of Alexandria, chief disciple of the apostle Peter (whom Clement also records as being vegetarian, or more precisely vegan), wrote: 'The Apostle Matthew partook of seeds and nuts and vegetables, abstaining from flesh'.

Literally oceans of innocent blood have been shed because these teachings were suppressed. I estimate that in excess of half a billion of our little brothers and sisters in the animal kingdom are butchered to satisfy the Christmas Day bloodlust of the world's Christians. These and other teachings the Church suppressed can be seen in the Gospel of the Holy Twelve, obtainable from your local bookshop.

God commanded man to observe a purely vegetarian diet (Genesis 1:29). The later permission to eat flesh was issued solely as a concession to the barbarity of the day. Even then it was issued with a malediction, albeit a self-imposed one, "the blood of your lives shall I require". NB. How striking to note h how the lifespan of (vegetarian) Noah's meat-eating descendants plummeted.

During the Exodus many of the Israelites rejected the vegetarian 'manna from Heaven' and lusted for and ate flesh (quails) instead. Subsequently they all died of plague and were buried in what the Torah calls the 'graves of lust'.

In the Gospel of Peace we read:

But I do say to you, kill neither men, nor beasts nor yet the food which goes into your mouth. For if you eat living food, the same will quicken you, but if you kill your food, the dead food will also kill you. For life comes only from life, and from death comes always death. For everything which kills your foods kills your bodies also. And your bodies become what your foods are: even as your spirits likewise, become what your thoughts are.'

The prophecy of Isaiah states that in the New Kingdom the original Edenic state will he restored, there will be no more killing or bloodshed, all of God's creation - man and beast alike - will live together in peace and harmony and love.

Re: The Feeding of the 5,000 - 6 and 7 are the mystical numbers of man and God, matter and spirit etc. Whilst the bread and juice of the grapes symbolised the body and blood of Christ. The sublime spiritual symbolism here speaks for itself.

According to the theological scholar Josias Bunsen, even the original of Matthew (written many years later than the Gospel of the Holy Twelve) made no mention of fishes. The word used was OPSOM which simply means a dessert and in virtually every case it referred to fruit.

As Jesus was going with some of his disciples, he met a man who trained dogs to hunt other creatures. And he said 'Why doest though thus?' The man said, 'By this I live and what profit is ere to any in these creatures? These creatures are weak, but the dogs are strong'. Jesus said 'Thou lackest wisdom and love. Every creature which God has made hath its end and purpose and who can say what good is there in it, or what profit to thyself or mankind? And, for thy living, behold the fields yielding their increase, and the fruit bearing trees and the herbs; what needest thou more than these which honest work of thy hands will not give to thee? Woe to the strong who misuse their strength. Woe to the crafty who hurt the creatures of God. Woe to the hunters for they shall be hunted. 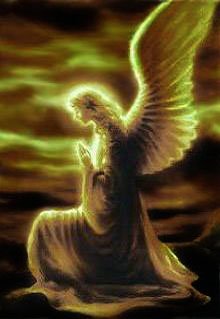 In animals, the flowers of the water flowing
air that the wind blows strong ,life
I hear the voice of God!
Clicia Pavan
Namaste

Comment by Mahmoud Badkan on November 12, 2009 at 12:58pm
Dear Richard
Jai Shri Mataji
Thanks for creating this group now many nice souls can can participate in saving Mother Earth!!!!!!!
Jai Shri Mataji. 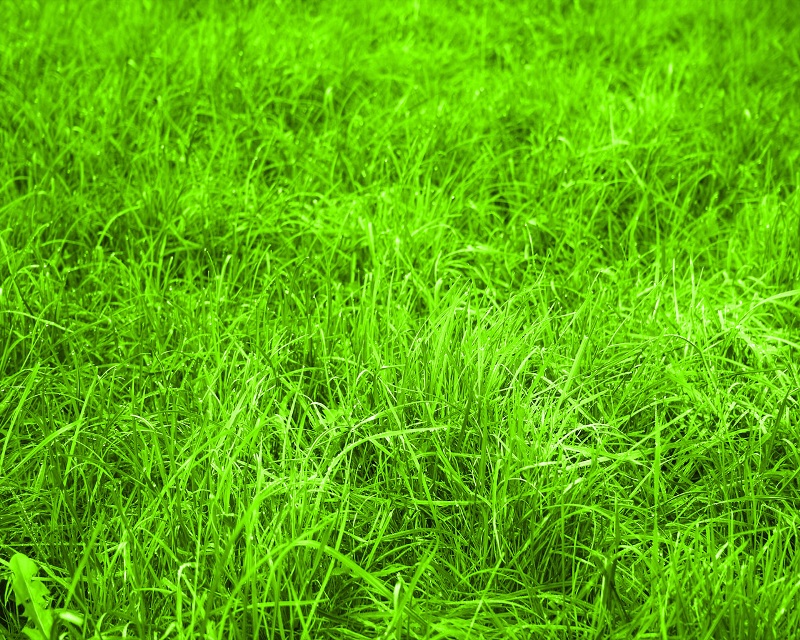 Comment by Sandra Reis on November 12, 2009 at 12:02pm
Thanks Mahmoud for your invite!
Blessing to the group and to all! 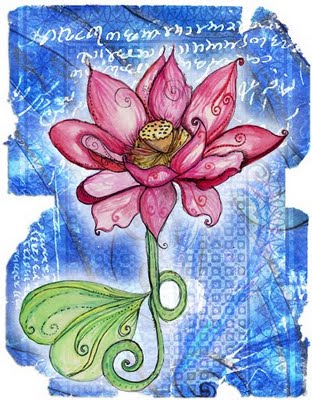 Comment by Barry Wynd on November 12, 2009 at 12:29am
Jai Shri Mataji!!!
Richardji this is a nice place here and a good place to promote Maa's works.
Love Barry