A place to meet and share friendship thru music, comments, poetry, pictures, inspiring quotes whatever! Bright comments, a hug or kiss create a warm glow of feeling for isolated friends. Use the reply button to answer special posts! :D -Christie

THANK YOU FOR BEING MY FRIEND! 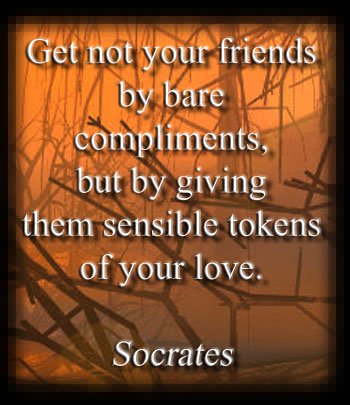 I believe that every time we extend or accept the Hand of Friendship, we contribute to the Universal Love and Peace we want so much to see, all around the world. For those of you reading this, who have joined the group, I thank you. All other Future Friends: Don't be SHY!" Namaste! --Christie PLEASE NOTE: FOR THE SAKE OF MEMBERS WHO HAVE PROBLEMS WITH WAITING FOR PAGES AND PROFILES TO LOAD I AM ASKING EVERYONE NOT TO POST VIDEOS ON THE FRONT PAGE OF THIS GROUP. IF YOU WISH TO BRING A VIDEO HERE FOR ALL TO SHARE PLEASE USE IT TO START A DISCUSSION. THANK YOU FOR YOUR COOPERATION. *SMILE* --MommaToldMeNotToCome

So what do you think, guys?? Are you ready to come show me some of your "Animal Friends?" Do you think children (and adults) are happier and more stress free with animals around to provide…Continue

DIGITAL HUGS FOR FRIENDS AND LOVED ONES? THE TECHNOLOGY IS OUT THERE!

The other day while searching for something else, I stumbled over this story on a "tech site." The idea of being able to pick up the phone and send someone a "real hug" so intrigued me that I brought…Continue

SOMETHING TO PUT A SMILE IN YOUR EYES, A SONG IN YOUR HEART AND A SHINE ON YOUR SOUL.

I have posted some videos here for your enjoyment. Please feel free to add anything that you would like, to this mix of Friendship, Love and Peace. Or start your own Discussion! :D…Continue

IF YOU'RE LOOKING FOR A HUG OR A KISS RIGHT NOW, COME AND GET IT!!...I'LL GIVE YOU ONE OF MINE FOR EVERY ONE OF YOURS! *smile* OR MAYBE YOU JUST WANT TO LEAVE A FEW OF YOUR OWN FOR FRIENDS? SHOW US…Continue

I GET BY WITH A LITTLE HELP FROM MY FRIENDS!

SPECIAL NOTE TO MY FRIENDS: THANKS FOR THE SUPPORT! I LOVE YOU ALL! *SMILE* --CHRISTIE*******One day while exploring New York City some friends got together...and helped one another. Just a montage…Continue

A SPECIAL VIDEO ABOUT OUR LOVE FOR "WILD" FRIENDS IN THE ANIMAL KINGDOM. FOR THOSE OF YOU WHO HAVE NOT SEEN IT, THIS VIDEO WILL AMAZE YOU!

In 1969 a young Australian, John Rendall and his friend Ace Bourke, bought a small lion cub from Harrods pet department, which was then legal. 'Christian' was kept in the basement of a furniture shop…Continue

THE LANGUAGE OF FRIENDS

When friends speak different languages things can be a little difficult but a hug or a kiss is the same in every language and love will always find a way! :D Here is a Lithuanian Song called Tilili…Continue

You need to be a member of FRIENDS FOR FRIENDS to add comments!

Comment by Drew Blanton on April 8, 2010 at 3:43pm
Make visible what, without you, might perhaps never have been seen.
Robert Bresson

Comment by Drew Blanton on April 7, 2010 at 4:03pm
The silence of the spheres is the music of a wedding feast. The more we persist in misunderstanding the phenomena of life, the more we analyze them out into strange finalities and complex purposes of our own, the more we involve ourselves in sadness. But it does not matter much because no despair of ours can alter the reality of things, or stain the joy of the cosmic dance which is always there.
Thomas Merton

Comment by Drew Blanton on April 7, 2010 at 6:08am
Retire to the center of your being, which is calmness.
Paramahansa Yogananda

Comment by Drew Blanton on April 5, 2010 at 3:49pm
Winning is important to me, but what brings me real joy is the experience of being fully engaged in whatever I'm doing.
Phil Jackson

Jake, the rancher, went one day
To fix a distant fence.
The wind was cold and gusty
And the clouds rolled gray and dense.

As he pounded the last staples in
And gathered tools to go,
The temperature had fallen,
The wind and snow began to blow.

When he finally reached his pickup,
He felt a heavy heart.
From the sound of that ignition
He knew it wouldn't start.

So Jake did what most of us
Would do if we had been there.
He humbly bowed his balding head
And sent aloft a prayer.

As he turned the key for the last time,
He softly cursed his luck.
They found him three days later,
Frozen stiff in that old truck.

Now Jake had been around in life
And done his share of roaming.
But when he saw Heaven, he was shocked --
It looked just like Wyoming !

Of all the saints in Heaven,
His favorite was St. Peter.
So they sat and talked a minute or two,
Or maybe it was three.
Nobody was keeping' score --
In Heaven, time is free.

"I've always heard,'"Jake said to Pete,
'"that God will answer prayer,
But one time I asked for help,
Well, he just plain wasn't there."

"Does God answer prayers of some,
And ignore the prayers of others?
That don't seem exactly square --
I know all men are brothers.

"Or does he randomly reply,
Without good rhyme or reason?
Maybe, it's the time of day,
The weather or the season.
"Now I ain't trying to act smart,
It's just the way I feel.
And I was wondering', could you tell me --
What the heck's the deal?!"

Peter listened very patiently
And when Jake was done,
There were smiles of recognition,
And he said, "So, you're the one!!

"That day your truck, it wouldn't start,
And you sent your prayer a flying,
You gave us all a real bad time,
With hundreds of us trying.

"A thousand angels rushed,
To check the status of your file,
But you know, Jake, we hadn't heard
From you in quite a while.

"And though all prayers are answered,
And God ain't got no quota,
He didn't recognize your voice,
And started a truck in Minnesota."

Comment by Drew Blanton on April 1, 2010 at 3:44pm
I find ecstasy in living -- the mere sense of living is joy enough.
Emily Dickinson

Comment by Drew Blanton on March 30, 2010 at 4:04pm
As the Sun shines upon my heart, so may my heart shine upon others!
The Upanishads

Comment by Drew Blanton on March 29, 2010 at 3:31pm
The sun, with all those planets revolving around it and dependent on it, can still ripen a bunch of grapes as if it had nothing else in the universe to do.
Galileo Galilei

Comment by Drew Blanton on March 28, 2010 at 4:41pm
Death can come at any minute, in any way. We do not know what is in store tomorrow, or, whether there is a tomorrow, or even a tonight! But still, we have the golden present. Now we are alive and kicking. What should we do now? Love all, serve all.
Sri Swami Satchidananda