One Small Act-For Love And Peace

A group for sharing, and recalling joys, and stories of small acts that made a difference in your life, someone else life, or an animal's life. Share old stories, new stories, your own, and those of others, or any story that touches your heart.

The story about the brownies, where one small act changed several peoples lives.
(A small act can change a person's or creature's life. A small act could affect the environment, and the planet, by causing a ripple effect. It could be as simple as saying hello, or giving a hug to someone who really needs it, or throwing a starfish back into the ocean, when you see it laying on the sand. Making a plate of brownies or a card for someone unsuspecting, who's lonely, or in need. One small act can mean the world to someone, or something's life.) One Person Dr. Frank Mayfield was touring Tewksbury Institute when, on his way out, he accidentally collided with an elderly floor maid. To cover the awkward moment Dr. Mayfield started asking questions, "How long have you worked here?"

"What can you tell me about the history of this place?" he asked.

"I don't think I can tell you anything, but I could show you something."

With that, she took his hand and led him down to the basement under the oldest section of the building. She pointed to one of what looked like small prison cells; their iron bars rusted with age, and said, "That's the cage where they used to keep Annie."

"Who's Annie?" the doctor asked.

"Annie was a young girl who was brought in here because she was incorrigible - which means nobody could do anything with her. She'd bite and scream and throw her food at people. The doctors and nurses couldn't even examine her or anything. I'd see them trying with her spitting and scratching at them. I was only a few years younger than her myself and I used to think, 'I sure would hate to be locked up in a cage like that.' I wanted to help her, but I didn't have any idea what I could do. I mean, if the doctors and nurses couldn't help her, what could someone like me do?

"I didn't know what else to do, so I just baked her some brownies one night after work. The next day I brought them in. I walked carefully to her cage and said, 'Annie, I baked these brownies just for you. I'll put them right here on the floor and you can come and get them if you want.' Then I got out of there just as fast as I could because I was afraid she might throw them at me. But she didn't. She actually took the brownies and ate them.

"After that, she was just a little bit nicer to me when I was around. And sometimes I'd talk to her. Once, I even got her laughing. One of the nurses noticed this and she told the doctor. They asked me if I'd help them with Annie. I said I would if I could. So that's how it came about that every time they wanted to see Annie or examine her, I went into the cage first and explained and calmed her down and held her hand. Which is how they discovered that Annie was almost blind."

After they'd been working with her for about a year - and it was tough sledding with Annie - the Perkins Institute for the Blind opened its doors. They were able to help her and she went on to study and became a teacher herself.

Annie came back to the Tewksbury Institute to visit, and to see what she could do to help out. At first, the Director didn't say anything and then he thought about a letter he'd just received. A man had written to him about his daughter. She was absolutely unruly - almost like an animal.

He'd been told she was blind and deaf as well as 'deranged'. He was at his wit's end, but he didn't want to put her in an asylum. So he wrote here to ask if we knew of anyone - any teacher - who would come to his house and work with his daughter.

And that is how Annie Sullivan became the lifelong companion of Helen Keller.

History is changed when one person asks, what can someone like me do?

A small act is never too small to yield significant returns.


The powerful intention of one small act created several extraordinary experiences. Every little bit counts, to affect the whole. Share your stories, and make new stories of 'One Small Act' that made the difference in someone, or something's life.

The End of the Mayan Calendar-Beginning of the New Era: Celebration of All Cultures

You need to be a member of One Small Act-For Love And Peace to add comments!

Get your new vegan diet off to a fantastic start. Download a free starter kit now for lots of useful tips, advice and recipes.


For more starter kit booklets and a wide range of other vegetarian and vegan literature, visit:
http://www.scribd.com/people/documents/10745331/folder/99412

Guide to vegetarian eating (Humane Society of the US)

It's easy to be dairy-free (Vegetarian and Vegan Foundation)

Comment by Lynn W on December 20, 2008 at 7:09pm
I often will buy a meal for some hungry street person I see that though I am not rich, they are hungrier than I. That is just wrong to turn away. So I do what I can

Comment by Devanayagi Parameswaran on November 30, 2008 at 9:43am
Sharing One Small Act, for me is teaching children the harmonic sounds of creation and planting tree so that next generation can enjoy its grace and beauty. Last month the village kids and me planted 400 trees, and hope to keep doing it every year, till we create a min-forest

Comment by Tasha on November 24, 2008 at 3:38pm
It is raining in my corner of the world today. May the water be infused with the unconditional love of Creator, the water droplets bless where they may fall, and nourish the Earth and all of her inhabitants. Peace.

Thank you for invitation dear Kim.Let me pray for endlless days magical living the beauty way. 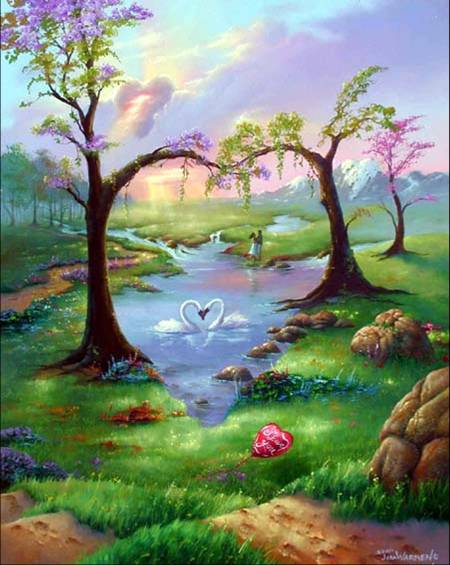