One World Nation of Peace Lovers

The way to true Peace is through Love, Love of yourself, of your neighbours, your families, communities and of Mother Earth. Share the best part of yourself with the world.

Atoms and matter are nothing more than energy fields in empty space. We are all well organized energy fields absorbing and reflecting the Light, like crystal prisms or water droplets filtering the invisible Light to manifest the colors of the rainbow into the earthly realm. 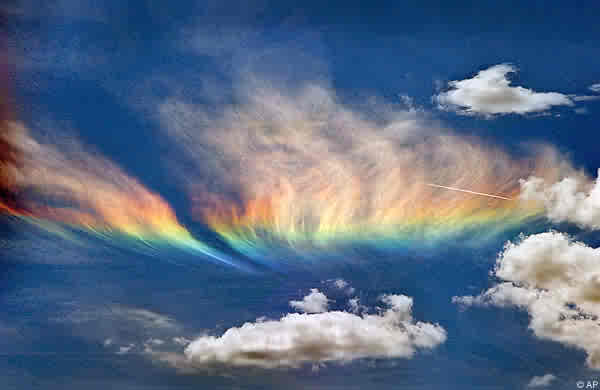 Everything in the universe, from the atoms to the galaxies, is a circle turning round with and within other circles. So the circle is the natural way for human communities to practice self-determination and sharing in an organic and equalitarian way, to make things go round like in all tribes of old. 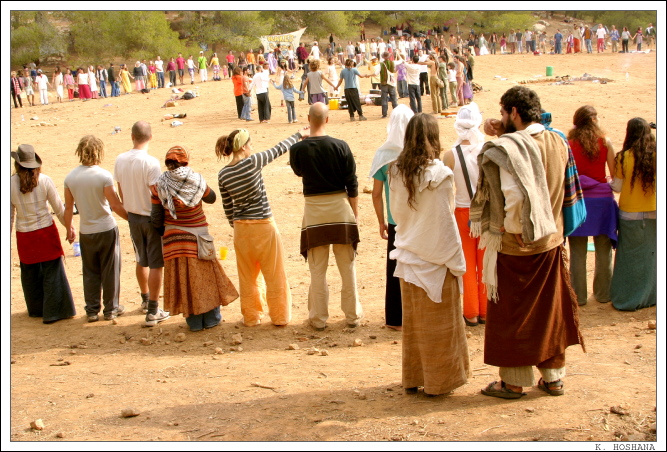 It was scientifically proven that the state of fear or anger brings a lower frequency of vital influx and electromagnetic pulse, with a wide wavelength touching just a few DNA molecules in the chain and leaving the majority inactive; while the state of love on the other hand, has a faster shorter wavelength activating many DNA molecules which are light captors along the chromosomic chains, thus making the whole body as well as energetic bodies vibrate to a higher frequency, making us feel lightened and delighted. So love does not only help oneself to feel good, but it enhances the light capturing DNA vibration, activating the genetic evolution. 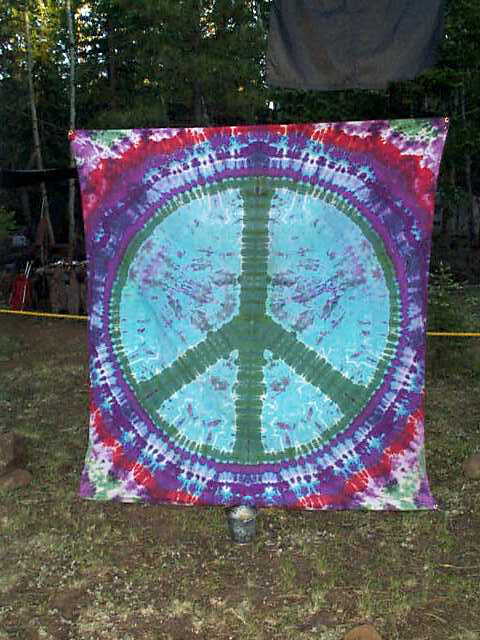 The Earth turns on two poles. The energy fields are positive or negative. It takes female and male to create life. The universe is a duality in unity. By finding balance between the two poles we all hold within, it becomes easier to find balance in a polarity with the consort. Hindus refer to Shiva-Shakti, the sacred marriage between consciousness and energy, while Mayans say Ometeotl, the dual Deity encompassing all things. In Lakesh Ah Lakesh I am you, you are me. 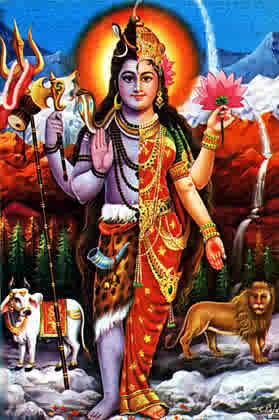 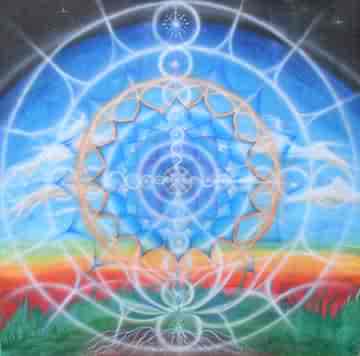 Life is a precious gift worth sharing with those we love. Suggestions for Growing Peace in Our World

You need to be a member of One World Nation of Peace Lovers to add comments!

Peace within allows me to flow without and creates a continuum of energy that moves my soul on a clear pathway; this is my journey- this becomes me.

Comment by Stephen Lang on February 28, 2009 at 11:35pm
"Count among Youre Blessings,all the Colours,Beauties and Splenours of Our Living World."-Cunningham Edwards

Comment by Stephen Lang on February 15, 2009 at 1:25am
That is SO well said Sun Blow! And such a nice Mandala too. Namaste to You.

Comment by SunBôw on February 7, 2009 at 6:55pm
Thank you all brethren and sistren for sharing your wise words and nice heart songs. I've been unplugged, due to the economic crisis, so I can't be online so easily. But I truly appreciate everyone's comments and participation. By sharing together our inner treasures we enrich each other and the whole world. Blessings Tomorrow is born within our dreams,
But is nothing until you awake
Some may like to languish in slumber
When their future may then be at stake

Comment by Sabriyah Fatimah on February 4, 2009 at 7:54pm
My brother in peace, Martin Carriere (White Eagle), your words "Yet the beauty of the sound of laughter can be heard in our ears as we so humbly attempt the art of survival and procreation in the world created as a trick to teach us how to embrace our own greatness without becoming arrogant..." are so beautiful and meaningful. May I share these with others- acknowledging you- of course?


One hope I have for my children
No hunger or fear in their lives
Every parent wants this, so that is no surprise

Comment by Martin Carriere on January 31, 2009 at 7:21am
When each remembers that soul fit journey we remember to laugh and look around for birds of a feather to fly home to. In common song do our hearts fully sing our unbinding and loosing song to carry forth the creator's will and visit each soul with memories till we remember our song and endless will.

Comment by Martin Carriere on January 30, 2009 at 6:30am
If the question is really a search for an answer only your own answer will do. Our own souls have all of the answers. When we listen we hear what our own future and past say to us now. The quiet times of soul brilliance release our own songs we came with to share, or not, as is our priviledge.

Best of everything on your jouney my friend,