Islam is uncompromisingly a law of peace and a religion of mercy. Only he who is ignorant of its teachings, hostile to its system, or is arrogant enough not to accept clear
evidence, will dispute this fact.


The word Islam is itself derived from the word peace (i.e. salaam). And Muslim is the best description of those who believe in this religion:

Even the greetings between Muslims is "May the peace and blessings of Allah be upon you."


Furthermore the revelation of the Qur’an brought with it the angels of peace and the night in which it was revealed became a night of peace:


The servant greets his Lord with no better greeting than the greeting of peace:


‘Their greeting on the day they shall meet Him will be: Peace. And He will prepare for them a generous reward.’


The Angels will welcome the righteous into paradise with peace:


‘And the angels shall enter unto them from every gate (saying): "Peace be unto you for that you havepersevered in patience! Excellent indeed is the final home!"’


Paradise is itself a place of peace:


‘For them will be the home of peace (paradise) with their Lord. And He will be their Helper and Protector because of what they used to do.’

Allah calls to the home of peace and guides whom He wills to a Straight path.’


Allah, the High, the Blessed, has named Himself "Peace":


‘He is Allah other than Whom there is none (that has the right to be worshipped) the King, the Holy, the Peace...’


Of course the Muslim would not hesitate to answer this call to peace, and will never reject it.


‘But if they incline to peace, you also incline to it, and put your trust in Allah. Verily, he is theAll-Hearer, the All-Knower.’

And say not to he who seeks to make peace with you, "you are not a believer". Seeking the perishable goods of the worldly life. There are many more profits with Allah.’


No religious law or social system has encouraged the establishment of peace in the same way that Islam has done, for Islam has ordered the practice of this great virtue through respect and self-restraint even at the most testing of times such as Hajj (pilgrimage). During this sacred time, a pilgrim is strictly prohibited from cutting his nails, shortening his hair, destroying a tree, killing an animal or harming anyone in any way, even if he shall find the killer of his father he is not permitted to hurt him at all:


‘So whosoever intends to perform Hajj then he should not have sexual relations (with his/her wife/husband), nor commit sin, nor dispute unjustly during Hajj’


These prohibitions establish peace within and between the Muslims.


The Preference of Peace, Wherever Possible and its Encouragement

A Muslim only fights when forced to, and after exhausting all peaceful means of reconciliation. If any opportunity of peace arises, then Islam makes it compulsory for the Muslims to take it. A Muslim is also required to extinguish the flame of war whenever and wherever he can. The Qur’an says:


‘But if they incline to peace, you also incline to it, and (put your) trust in Allah. Verily, He is the All-Hearer, the All-Knower.’

Islam was the most comprehensive legislative system that had taken steps in the path of establishing peace. Islam drew for stability the most genuine guarantees, if adopted by the countries of the world, and followed by the rulers, leaders and politicians the world would then rest and save the agonies of war. Among these regulations and guarantees:

1- The sanctity of the meanings of brotherhood and the overcoming of the spirit of racism and rigidity; on this.


2- The training of the souls on the spirit of forgiveness. Virtues like the absolute necessity for trustworthiness, and the prohibition of subversion and the dishonouring of treaties and agreements.


3- The restriction of the idea of war into the smallest possible boundaries, forbidding transgression in all its manifestations, and the dominance of the principles of justice, compassion, and the respect of law and order even at the time of war itself. In this respect Islam has the high ground. Allah says in the Holy Qur’an:


‘O you who believe! Stand out firmly for Allah and be just witnesses and let not the enmity and hatred ofothers make you avoid justice. Be just: that is nearer to piety, andfear Allah. Verily, Allah is Well-acquainted with what you do.’


4- Arms control, and again Islam has superseded all contemporary measures in this regard when the All-Mighty said:


‘And if two parties of the believers fall into fighting , then make peace between them both, but if one of them rebels against the other, then fight you (all) against that which rebels till itcomplies with the command of Allah; then if it complies, then make reconciliation between them justly, and be equitable. Verily! Allah loves those who are equitable.’

Where do the leaders of this age stand in realisation of these steps?


What is the position of the leaders, politicians, scholars, lawyers and philosophers of this age in relation to these measures. And what have they done to restore peace on earth after the world has, in less than a quarter of century, witnessed two devastating world wars that have destroyed the green and the dry? After the first of which the ‘League of Nations’ was established to install peace but, it was destined to die before it was born due to its inability to solve even one case of disagreement between the nations that joined it and signed its treaties; it was only a moment of time before these countries and nations started preparing for war yet again to fulfill their political and imperialistic desires. It was said that the reason for its failure was the lack of a military sanction for the wrong-doer.


Subsequent to the last war the ‘United Nations’ was founded and the Security Council was established. However differences and disagreements are still intensifying and gaining momentum. Neither the U.N. nor the security council, till now, have been able to resolve one dispute or untangle a disagreement. I fear, that nothing will remain except a Third World War.


So why does the bewildered humanity not return to its creator and learn the lessons of peace, intellectually, theoretically and practically from Islam? ‘Say praise be to Allah and peace be upon His chosen servants. Is God not far more supreme than that with which they associate ?’.

Permalink Reply by gunilla caisson on July 19, 2010 at 1:31am
I like to see your devotion to your religion. You really work for what you believe in.
We do not share the same faith, but we share the enthusiasm for what we think is right, and the need of sharing it with others.
For me it is not only one way, and not only one answer. But i have respect for all those who believe they have found the ultimate solution and the only possible answer. Then they do not have to questioning any more, which surely brings peace to the mind *smile* Something we all long for..

I just wanted to show that Islam invites to peace and not to war and Islam is a religion of peace (peace with God, with the self and with the others).

Just sorry that some of Mohammed's followers so totally have misunderstood the message. and have not Peace on their agenda, but holy war. But i know they are in minority so they shall not throw shadows on the true believers of Islam

Permalink Reply by Rev. Joseph Verrett (EagleBear) on July 19, 2010 at 3:07am
Good day Ali,
I agree that Islam is a true and great gift and spirit of our Creator, we All can learn much from the teachings, if only we will just stop, sit, pray, listen and then have true desire of learning and sharing and understanding...
But I also know that as in the Christian faith, their are those in the Islamic faith that take things out of context and add to and take away to make it mean what they desire and not what our Creator has designed for it to mean and do.

So if we can agree to at times disagree we can build a long and lasting friendship that will allow others to see truth being practiced in front of them...bless you and my your days be as they should, may All Things be allowed you and may you always find comfort in your faith...Joseph/EagleBear

I hope to post your comment under the discussion and I am happy to hear from u these encouraging words.

Permalink Reply by Rev. Joseph Verrett (EagleBear) on July 19, 2010 at 3:13am
Ok my brother/friend,
I think I have copyed and pasted all that was said by us on Gunilla's page, just thought I would help out...blessings Joseph/EagleBear

This was my childhood angel, a bookmark. When looking at it so many childhood memories come back *smile*

Permalink Reply by GOPI KANTA GHOSH on August 4, 2010 at 2:16pm
There is need to circulate it since Islam is usually misunderstood...

I try to spread it and speak with all the friends. 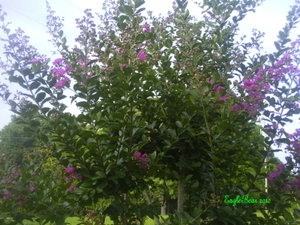 ust a word of care, respect, love and desire for peace with All...
as this day has started, so too have my thanksgiving for All Things...
during my journey this day, I would pray to achive oneness with Creator and All of mankind that would welcome this true joining of spirits into one as the same, so that one voice may be heard around the world and spread deep into our heavens and show we are filled with love and peace this day...
as this day draws to a time of rest, I will ask that All Things have all needs met, and a true understanding of this day and its true purpose...
as my body begins to rest, my spirit is released to soar into the winds of time and space and join with all that have left this our Mother Earth to join others in the new life to come for All, as I move from place to place and see things, hear things, absorb things into my being, I know that this is good, this is what death holds in wait for me and all to come, this is why we serve our purpose on Mother and why we must gain in true wisdom and understanding of All Things, for the power that is going to be allowed for each to hold is greater than any ever known by just simple human creature such as I, so this is a way of showing me that my purpose is very important and I must achieve it before I can move over to this side of true life and its continued journey...

Blessings this day to each of you my friends/brothers/sisters...Joseph/EagleBear