An iPeace Family member is in Mortal Danger! "Please Read" Can You Help?

Many of you have been receiving updates
from one of our own members about the murder of Christians accused, but
found innocent, of blasphemy charges. There is more.

A day or two
later, the unrelenting radicals attacked homes in the Christian
community where these victims lived, killing 5 more people.

This
is also where our fellow member lives and and is involved with Hope
Development Organization, which maintains a peace school in the
community.

Two nights ago, the radicals attacked again, but were
rebuffed by the police, but as of today reports are that more radicals
are gathering for yet another attack:

"People
come from Jhang and they are in Makhanwaa and they can attack today or
tomorrow, daud nagar from street 1 to 6 with weapons and they want fire
the houses.Our police is crazy they start giving favor to Musims because they are also
muslims. This happen before in Gogra where where they when they burn
more then 100 people alive. On motorway they caught too many weapons
coming to Faisalabad" [the police are not stopping the weapons from coming through]

Our fellow iPeace member, is my 'adopted' son. He, his wife, and their three children are currently in mortal danger.

Are you prepared to just sit back and let them die? I am not.

I
am asking each of you personally...Muslim, Christian, Jew, Hindu,
atheist...to join me in doing something to keep this from happening.

If you have political connections, use them.

If
you live in a country that has relations with Pakistan, please put
pressure on them to put pressure on the government and police to keep
the Christian communities safe.

If you live in the US, I urge you
to contact the State Department, CNN, MSNBC, FOX News, The New York
Times and any other media you can think of to alert the world.

If you live in the UK, please contact the BBC.

It
may be too late for money to help, but I am asking each of you to go to
to Hope Development's website and make a contribution of any amount
that can be used to help the community now and as it recovers. http://hopedevelopmentpk.org

But, money alone is not enough. This is a life and death situation and it is urgent.

I
ask that each of you look into your hearts. If we are, each of us,
really sincere about peace, we must help my son and his family to have
it now.

I beg you to take action. Do not let our friend, my son,
and his family and friends become the next victims of this terrible
violence.

Please. Do it now.

In peace and love,

Our
member's name has been omitted from the original posting to protect his
identity should you re-post this message. Thank you for using caution.

Permalink Reply by Tamara Smitten on July 23, 2010 at 1:08am
I have been an advocated for 3 world countries, travelled twice and dedicated two years of my life to love and let love the souls of war......i hear wat you are saying, my heart is filled with sorrow, my heart and prayers go out to the victims and their families, i pray for calmness, peace and love, i am currently involved with helping 2 other familys and wat is the answer to end this painful broken situation, i dont know, other than it does take an army to win a war but it does take one person to make a difference.......my heart is with them, anger and venom spits from my soul when i hear this, cause i have seen it..........i am so sorry, i will pray and may god carrythem and walk with them.....their journey is one of unspoken, i have no words other than........together we all can make a difference, and again so sorry, you hit a soft spot with me, hard to hear this over and over again, lived it, hate it, not sure if i could go back to a world of hate, and innocent people dying .....i cry now.........really, i hear wat ur saying, but its so hard to make a difference when ur fighting an army of hate, cruelity, political venom.......i wish i had the answers because, i do cry...........and now i cry again.........

Permalink Reply by Raven Cohan on July 23, 2010 at 7:31pm
Dear Al,
Sending energetic and spiritual support.
From my heart to yours.
From family to family.
From stormy Florida to
More enduring storms you encounter.

No political connections in my book,
But the heart connections will start to cook
And move better opportunities for your loved ones To Emerge

From scattered to whole
Healthy forces now converge.
All safe roads are available NOW
Energy / ONE is strongest and accomplishes.
It knows how!
There are no victims
When our energies stands with them. 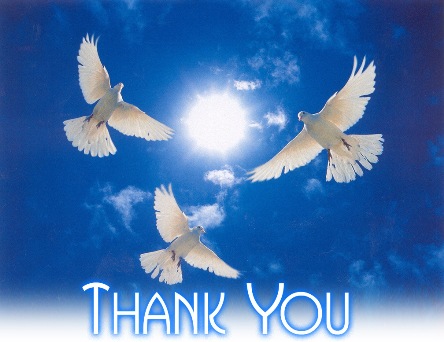 Tamara and Raven for Your Loving Spiritual Support.