Once upon a time, there was a very important tree.... 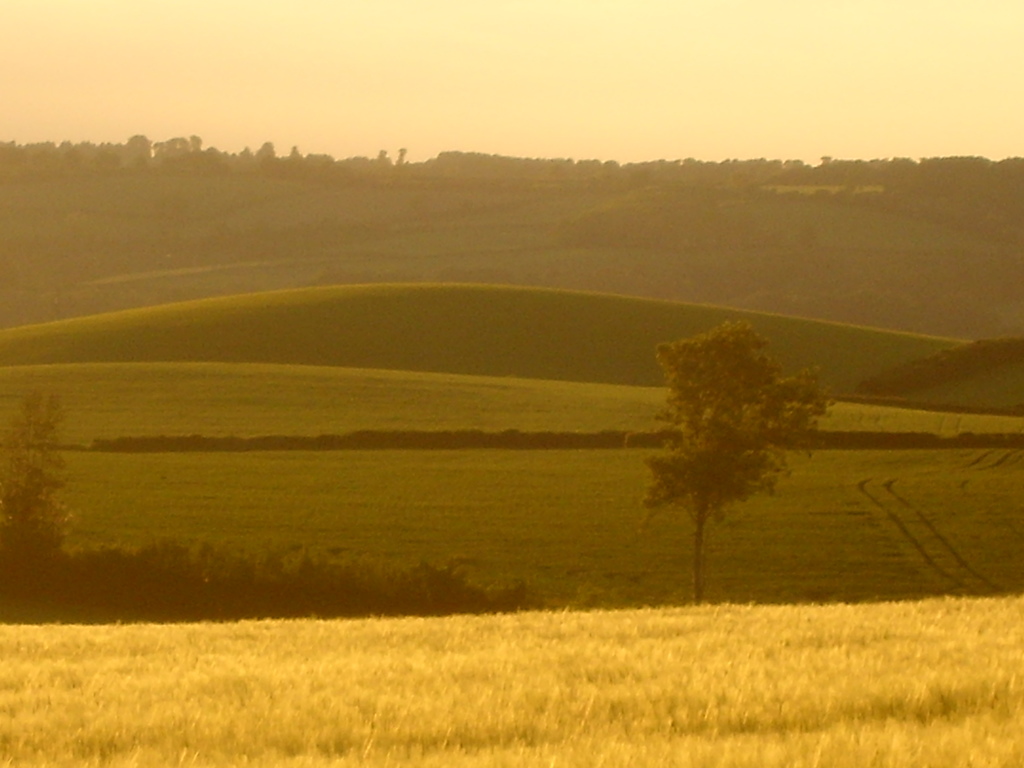 Permalink Reply by Tree-Life on September 2, 2010 at 1:01am
Avatar - the Movie - depicting the dilemma of life on Pandora, where the Na'vi live in a close and delicate relationship with their environment, centred around the Tree of Life and the Tree of Souls, but underpinned by a crystal that gives their world a curious luminosity. Of course, Man decides this crystal has a material value for him, greater than the life of the Na'vi.

Permalink Reply by Tree-Life on September 3, 2010 at 10:36pm
In 'The Chronicles of Thomas Covenant - The Unbeliever', by Stephen Donaldson,
Thomas comes by The Woodhelvenin on his journey.
The entire tribe live in the largest oak tree ever seen and he is invited to climb up one rope ladder after another to scale the mighty trunk. On each branch several families reside and as he climbs even higher he realises he would never be able to cut a living tree down ever again.

Permalink Reply by Tree-Life on September 5, 2010 at 5:37pm
Since the Beginning of Time, I suspect, young lovers arranged their secret meetings at a Tree. The Tree may have been a convenient landmark, but maybe the Tree itself had something to do with bringing Love to fruition between the young persons.
The Tree provides a sheltered space, a quiet space, a magical space, where the birds, silently sleeping in the branches above, may have basked in the lovers sweet words to each other, maybe even their love-songs, or love-poems. The Tree, itself would have felt the warmth of the lovers, and their passion for life, and this wonderful energy would fulfill the Tree's desires to express love in Man's World. The Underground World of Baldasare Forestiere

His name was Baldasare Forestiere and he came to this country in 1902. He was 21 years old, the son of a wealthy Sicilian fruit grower, a man seeking his own fortune and personal independence in a new land. Little did he know that literally it would be "in" the land.

He didn't speak a word of English and the only work he could get was digging the New York subway system. That was the beginning of his underground life: It didn't take him long to realize all the money he made went for food and rent and the only land he dug belonged to the city of New York.

He wanted his own land. He wanted vineyards and orchards. He wanted to plant his own roots, in 1904 Baldasare Forestiere moved to Fresno, where he bought 700 acres of land — only to discover that beneath the surface was a layer of hardpan, the third hardest natural rock in the earth. He cursed his luck almost as violently as he cursed the hot California climate he wasn't used to.

Then he got an idea: Why not live in this hard ground? It wouldn't support fruit, but maybe it would support him — protect him from the harsh California sun.

So he started digging. Forty years later he was still digging.

When he died of pneumonia in 1946, he had completed more than 90 underground rooms, passages and courts covering seven acres of land. He dug a chapel, an 800-foot automobile tunnel and a huge, 5,000-square-foot room — all underground.

"All that I have done is for nothing, for it required very little money, perhaps $300," he told a reporter for the Fresno Bee in 1924. At first he supported himself by working for other farmers. But in time he had his own fertile land and other people working for him, so he could spend most of his time digging.

And dig he did. He dug most rooms 10 feet underground, each with an open hole to the surface for light and water, and each with a fruit tree in a planter immediately below. He had one level 23 feet below and another few rooms 35 feet below the surface.

His main tools were hand tools: A pick, a shovel, a wheelbarrow. A horse and small scraper were used to move large rocks. Sometimes he would allow his brother Giuseppe to help with the cement work, but as soon as Giuseppe left he would completely redo his brother's work.

"I have been doing this for fun," Baldasare once told a reporter. "Money? What do I want with money? If I had a million dollars I couldn't spend it. Neither couid you. Nobody could. I am broke but the cavern and all the work it represents are worth more than a million dollars to me."

At first all you see are a bunch of "bushes" growing out of the dirt. Look closer, however, and you'll notice these "bushes" are actually the tops of trees growing from deep underground. There's one citrus tree 22 feet below the surface — just one tree growing seven different fruits: Navel oranges, Valencia oranges, cedrons, tangerines, sweet lemons, sour lemons and grapefruit.

There are fireplaces and benches and shelves etched out of the stone walls. There are arches and tunnels and grottos and patios and gardens everywhere. There's a pond where Forestiere used to store fresh fish-he caught in the San Joaquin River until he was ready to eat them.

There's another pond — a glass-bottom pond 15 feet below ground where he used to keep exotic fish. And 10 feet below that is another area where he could sit and look up at the fish and the skylight above them.

There's a well for water and "sump pits" to drain the winter rains and an underground bathtub with a hose leading to a metal tank above ground where the sun would heat his bathwater. And there's one huge room, 35 by 100 feet, which Forestiere dreamed of turning into an underground restaurant, but he died before it was completed.

Rosario remembers his uncle well. He remembers how Uncle Baldie would bless and kiss each plant he put into the soil — each branch he grafted onto his citrus trees, He remembers his uncle making his own wine and calling it "Sangre di Christo" — "the blood of Christ." He remembers Baldasare in front of his old radio listening to Lowell Thomas. Or sitting in his underground study reading Eleanor Roosevelt and Booth Tarkington in McCall's Magazine. "He was never at a loss for words," Rosario said. "He read a lot and used a lot of big words I never understood."

During World War II Baldasare violently criticized the American government for putting his Japanese neighbors in detention camps "Everyone thought he was unpatriotic," Rosario said. "I remember how ashamed I was of him. 'How can you respect a government like this!' he used to say. 'How can you respect a government that puts its own people behind fences!' " Because of that, Baldasare refused his American citizenship and died an alien.

"I used to love being with him," Rosario said. "I used to love watching him work. I remember once 1 criticized him for not making his underground rooms perfectly round. 'Any fool can take a piece of string and make it round!' he shouted. "To make it crooked and have it look nice — that's ,, the real work!' "

Today Rosario and his wife Lorraine keep five of Baldasare's original seven acres open to the public. But because of financial problems, the Underground Gardens will not be open daily until the summer of 1977, except for the week between Christmas and New Year's, when they will be open to the public at large. Now admission is restricted to advance group reservations only.

"God, you'll never know how much' I regret never meeting Uncle Baldie," said Lorriane, who married into the Forestiere family long after Baldasare had died. "And yet I feel like I have met him," she says, "i keep looking at these walls and seeing his life all around me. I keep saying: Hey, Baldasare — thank you! Thank you for opening something up in me!

Permalink Reply by Tree-Life on September 6, 2010 at 10:58pm
Dear Melody thank you so much for bringing this story here - this man was inspired, a genius, and he put his heart and soul into making a little paradise on Earth with love. Other people may have thought him crazy but I think if people could do the same - put their life and vision into creating something of beauty which is not only practical but alive with trees that give them an abundance of food, then more people would be happy. He had no time to worry about TV, or depressing news, or wars or destruction, he was using what God gave him and being a creator in his own right.
Lorraine encapsulates it when she says -
""You can feel it. You can sense it. Look around. Look at these walls and arches and gardens. Look at this world down here; You can see how much he loved people — you can see how much he loved life!"

Permalink Reply by Tree-Life on September 6, 2010 at 11:33pm
Wangari Maathai is an African woman who won the Nobel Peace Prize for planting trees. She heard the women talking about a need for clean water and work and a sense of purpose and she put an idea together that worked. Women gathered from all around to grow trees from seed and then they planted their seedlings wherever they could. They had opposition and were ridiculed, but nothing stopped them.

Before dawn the coyotes
weave medicine songs
dream nets -- spirit baskets --
milky way music
they cook young girls with
to be woman;
or the whirling dance of
striped boys --

The dog hastens into the undergrowth
Comes back panting
Huge, on the small dry flowers.

A woodpecker
Drums and echoes
Across the still meadow

Manzanita the tips in fruit,
Clusters of hard green berries
The longer you look
The bigger they seem,

Permalink Reply by Tree-Life on September 9, 2010 at 4:05pm
Forest Elder...
I was once asked by a child if it was harmful to a Tree for people to take it's fruit.
"Why not at all," I replied; "In fact it is harmful for the Tree to not collect its fruit."
"How can it harm a Tree to leave it's fruit?" the child asked.
"The Tree needs someone, or an animal, or bird, to take its fruit, or nut, or berry, away from the Tree that has produced it, so that the little seed inside can grow in a new place. You see the Tree cannot walk like you," said I, " and so it needs someone to take its seed away for it."
And the child thought a while and said that in future she would scatter the seeds as far and wide as she could. But then she had another question. "Is it harmful for the Tree to take its wood?"
I replied "It is only harmful to take the wood from the Tree while it is still growing. You see, child, the Tree will give parts of itself to you for all your needs. Look how you can gather branches under the Tree after the winds have blown strongly in the storm."
The child thought a while and then smiled before saying, "I am happy now because my Grandfather takes these fallen boughs and makes our furniture with them, and Grandmother lights our fire with them."
The child was about to run away happy with her answers when she suddenly stopped and came back to me. "You see the flowers under the Tree?" she said; "are they waiting for something from the Tree?"
"Oh, no, not really," I said, thinking about her question; "maybe they just like the company of the Tree."
The child skipped away with a backward glance, "I think the Tree is telling them stories!"