IDEAS - Just WHAT can we do for the March? 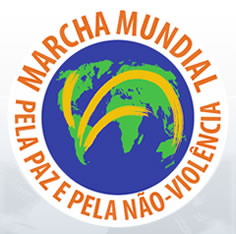 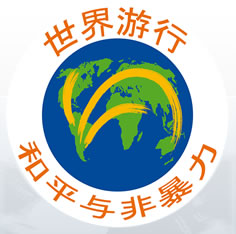 Comment by Diogo Cortez: "I am working for World March in Lisbon, Portugal, and I'm looking for good ideas to make it better... and more people to come in our still small group."

Dear Diogo (and Others):
The reason I have started this discussion is not for me to give you all the answers, but to form one spot where people can leave behind their suggestions, a place where ALL of us can come to look for ideas and inspiration.

However, I will start it off by giving a few ideas of my own:

1) First, remember that The March has already started! Thousands of people all over the World have already organised activities in the name of The March. And people who didn't know anything about it before have started to talk about it.

2) Keep in mind that you can organise a March activity anywhere in the World. It doesn't have to be a city - or even a country - that the official international group (the ones who will set off from Wellington, New Zealand on the 2nd of October) will be visiting. The March is not about them... it's about ALL of us. And it's about Peace. (If it were only about a group of 40 to 60 people travelling around the World, I personally wouldn't be putting my energy into it.) In fact, my favourite action (of the ones I've seen on YouTube or read about) was in Ireland, a country they won't be visiting: A simple idea, and one that I would like to see repeated all over the World. It involves people who have come especially to help out, and also people who just happen to be passing by and want to say: "I care about Peace, too!"... And it involves children. (VERY important!)
3) I would suggest that you visit the official March web-site (information in 27 languages) and download the official logo in your language. You can see above examples in Portuguese, Chinese, and Catalan. You can also amend the logo to be bi-lingual - like the Irish one in English and Gaelic seen in the video above. Then paint it on a large sheet and display the sheet at all your actions. This way, passers-by will start to think: "Hey! I've seen that sign before. I wonder what it's about?" Some will come up to you and ask about it... and you have a wonderful opportunity to talk to them about Peace.

4) Whenever you're going to prepare an activity, announce it in advance - in the local press, on the local radio (television too, if possible), as well as sending a message about your plans to the web-site mentioned above. They can decide whether your activity is too small to announce... but if YOU decide that it's too unimportant to announce, how are people going to learn about it???

5) And this brings me to an important point: BE PROUD of your action... and be proud of yourself for doing it. If you're going to play modest, how many people do you think are going to show up? No, call your local (alternative?) radio station and tell them that 2 of you are willing to come into the studio to talk about a GREAT action that is being organised for Peace. This is a LOT more effective than giving them the information and letting them announce it in 4 seconds.

6) Make sure that your action is FUN! This is going to get people talking a lot more about Peace than if you hold a couple of very dry lectures on the subject. Give them information, sure! But don't BORE them with Peace...

7) Personally, I think that it would be a good idea if you held an action in the same place on a regular basis: e.g. every Saturday morning in the park or every third Wednesday in the month, an evening in front of the town hall. Make sure that you pace yourselves. If you try to do an action too often for your energy level, you will get worn down and burnt out. But a regular repeat should generate its own dynamic, getting larger and more visible as time goes on.

Well, those are a few of my general ideas on the subject. Any more ideas (both general and ideas for specific actions)?

Permalink Reply by S.E.Ingraham on July 26, 2009 at 9:44am
First of all, I want to say thank to Jimmy for the above ideas - they're great and will be presented to my volunteers at my next meeting on August 5.2009. I have more ideas and will come back tomorrow with them - it's quite late here in my part of the world and it's been a long day for me so I'm too tired and incoherent to make much sense tonight, but tomorrow, I promise. I'm happy to see so much info re the March on iPeace just now - very encouraging. S.E.,Ingraham, Coordinator, World March for Peace and Nonviolence, Edmonton, Alberta,Canada

Permalink Reply by jimmsfairytales0com on July 26, 2009 at 7:47pm
OK, it's taken me a bit of time to get back to this. (I've been exiled to a very old and slow computer, takes ages to open web-pages.) I want to thank S.E.Ingraham for her (his?) encouragement and look forward to reading ideas. Here are a few specific ones that I've had:

a) Concerts, concerts, CONCERTS! Young People are the hope for Peace, and what better way to make them aware than by organising concerts... or get your local bands to mention the March (and display your March banner [see point 3 above]) in concerts that they've already organised themselves.

b) Check out ideas from all over the World on YouTube. (Type "World March" plus as much or as little as you want into their search box. Use translations such as "Marcha Mundial": Even if you can't understand what they're SAYING, the visuals might give you great ideas.) Steal other people's ideas or use them as inspiration to come up with something new.

d) Form groups at local universities, teachers training colleges, nursing colleges, etc. It's a great way of networking, and students have been known to spearhead Peace actions in the past. Let's revive that tradition!

e) Organise competitions: poetry, painting, young musicians, cake bakes, you name it. Draw in people who would take part in a competition who wouldn't (originally) have considered "demonstrating".

f) Do any of you remember the project "One World, One Voice" of 1991? http://mypeace.tv/video/one-world-one-voice [Sorry, I can't form links on this computer!] It was in favour of ecology, with musicians from all over the World weaving in and out of a 50 minute long piece of music. Why can't this be done for Peace... for the March? My criticisms of that effort (points to be taken into account to IMPROVE on it):
i) Too much emphasis on the fad of the time: rap.
ii) Too much imbalance in favour of western superstars. There was not a single Australian Aborigine (for example), while "big name" rock musicians were given a free hand. I know that they're what brings in the interest - and perhaps the financial backing. But it would be nice to see a more egalitarian effort. I think if we could interest Peter Gabriel in this project, he could line up a lot more "World" music than would fit into an hour.
iii) An imbalance in favour of men as opposed to women. This wasn't as pronounced as in the current project "Playing For Change" (WHAT kind of change if men overshadow women???), but we could surely improve on it.
iv) I personally think that children should be given more prominence. In "One World, One Voice" there was one youngster rap group (and Joe Strummer's wonderful daughters' laughing - for me, one of the highlights of the whole thing), but children's choirs and young musicians should be encouraged to take part.

OK, enough for now. I will try to find a better computer...

Permalink Reply by S.E.Ingraham on July 27, 2009 at 6:55am
A little later than hoped but as promised, some of the ideas we're tossing around in Edmonton - first, again thank you to Jimmy for his additional input and I have to say, I agree with everything he suggests - fabulous ideas and there must be a synchronicity in the air as quite a few of them have occurred to me as well...

Edmonton is a city known for its festivals and we're hoping to have a presence at each; one or two volunteers talking about the March, collecting more endorsements possibly, also motivating people to march with us on Canada's actual March day on November 21st when we plan to march along the river valley trails here (this city is also famous for having the largest uninterrupted green space in North America and we intend to make use of it!) In keeping with festivals, how about 'busking' for peace?

Jimmy mentioned concerts - we are planning something similar here but calling them benefits because we need to raise funds to cover printing costs for banners and pamphlets but in the end, they'll be doing the same thing, bringing more attention to the March. And making your own banners - great idea - we plan to some of that here also.

We're approaching other groups such as Greenpeace and Amnesty - their local branches, and trying to get them interested in partnering with us for the March. We're hoping with their high profiles, it will be easier to get media attention if we can get them involved.

We have a Junior High teacher as one of our local volunteers and her school is involved with the march; that led to her principal approaching the Board of Education here and in the Fall, we believe the entire board, and therefore most of the students in the city, will be inolved with promoting the the march - making posters, writing essays, poetry - and any other projects they devise...again, I agree with Jimmy - getting children involed is very important - paramount actually.

We are also hoping to approach post secondary institutions like our colleges and university and getting them on board as well.

Other ideas for kids - singers or choirs - have a song writing contest for a peace song, or stories on what kids think would make for a peaceful world. Have competitions to design banners and the winners could get to carry their banner at the start of their portion of the parade or mini-parade if there is going to be such a thing.

Go to large corporations known for their philanthropic endeavours and ask them to get inolved...

As you can see, you're really only limited by your imagination.

Permalink Reply by jimmsfairytales0com on September 26, 2009 at 1:52pm
Thankyou, Shruti Nagar for your contribution!
Planting a tree for Peace, if possible between the 2nd and the 4th of October.
What a wonderful, useful, and powerful message for Peace!