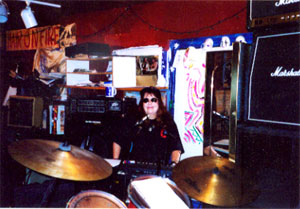 PEACE AND LOVE FROM LAYLA

Hum the tune to Eric Clapton’s ‘Layla’ and you’ll no doubt have a room singing along with you… well, here’s a musical Layla, her name inspired by that very song, who not only dreams of singing with Clapton, but has written songs and poetry dedicated to him. Her other hero, His Holiness the Dalai Lama, may for some be an unlikely one, but as the mood of the world shifts she may just have her finger on the soul pulse.

Layla is an unusual lass with unique friends. If her fans are anything to go by, her group, the Orlanda Rock Band, has a rock-blues style all its own. “ All I know “, she explains, “is what other people say about us: … We sound like the Doors, Enya, and Jefferson Airplane… mystical, psychedelic, bluesy rock. The real moment in rock came for me when I heard Big Brother and the Holding Company in San Francisco doing “Ball and Chain”. It was totally spellbinding ... took me into another realm. Right then and there, I said, “I want to be her [Janis Joplin]!”

A trained pianist and honours graduate from Rollins College, Layla began her musical life as a 4-year-old, in a gospel trio, singing with her uncle and cousin. Her entrée silhouette into the echelons of the world’s ‘who’s who’, includes brushing shoulders with the likes of Allen Ginsberg, Timothy Leary, and the Grateful Dead. Her performances have seen audiences with Art Grindle, Sen. Paula Hawkins, Congressman Bill McCollum, Gov. Bob Martinez, Texas Gov. John Connolly, Rear Admiral Lee Tillotson, and Michael Eisner.

“The real moment in rock came for me when I heard 'Big Brother and the Holding Company' in San Francisco, performing “Ball and Chain”. It was totally spellbinding ... took me into another realm. Right then and there, I said I want to be her [Janis Joplin]! ” Layla's view of the world changed forever, as did her spirit, when as a child she was not allowed to drink water from a "segregated" fountain.

As she grew older and got an allowance, Layla would save her money and the night before garbage pick-up, she would sneak out and carefully place the money on the garbage can because she just knew that those workers, who were Black, needed the money more than she did. As a teenager she used to ride the bus to downtown Miami for an afternoon movie; back then, as she explains it, …“ Afro- Americans had to ride at the back of the buses, so I ALWAYS rode in the back with them. One afternoon the bus driver said, "Young lady, sit with the white people, or I will stop this bus, and you will have to get off! I walked over to the back exit. He stopped and I got off.”

Years later in New York City, she met a person involved in the Ban the Bomb/Peace movement. They marched down 5th Avenue by the hundreds singing … ‘We shall ban the bomb...we shall live in Peace.’ Once, while still a student a friend turned up at her door in Gainesville, FL, and said "Pack a bag; we're going to Selma, so Black folks can vote!" She did just that. They sat in the back of the church and listened to the plan of peaceful resistance — ‘walk don't run!’, from the church to the steps of the Court House in peaceful defiance of the abuse handed out to Black people trying to vote – was the instruction. She describes how frightened it all made her…

“We were told we might be shot at, but I did it anyway. The only time I felt safe was when we gathered near where all the press was... us, the protesters, on one side of a barricade; on the other side: tons of reporters with cameras... then this legion of every kind of cop, policemen, rifles...I figured they wouldn't shoot us with the Press there. We, the protesters, sang "We shall Overcome"...we sang it and sang it..”

Again, years later, in Winter Park, Florida, she went to a concert and heard about Leonard Peltier [www.leonardpeltier.net]. She wrote him at Leavenworth Prison and one Thanksgiving morning she received a call from him from there, and asked if she would think about helping him with her music. As she tells it.. “I have done several concerts for Leonard in my area--one with AIM. Last summer I played at the Oglala Commemoration in South Dakota for Leonard. Two of my albums are dedicated to him; both my websites shine light on Leonard's cause. You can hear the song I wrote for him at www.myspace.com/orlandorockband. It's called "To the FBI: Love from Leonard Peltier."

And as for His Serene Highness, she says simply, “ Somewhere along the way I fell in love with Tibet and the Dalai Lama. I have given 3 concerts for the Dalai Lama and Tibet in Orlando. You can hear "Song for Tibet" on the MySpace. We can all be pure of heart; we can all have Noble Intentions. This is God's Way. It is easy, and it is FUN !”

With love and peace from Layla… 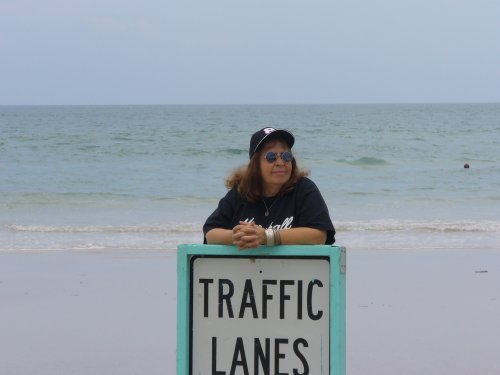