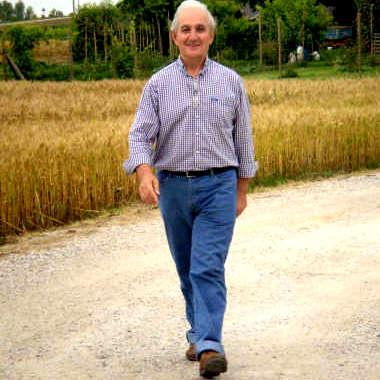 JULY 25 - DATE AND HISTORIC DAY IN OUR HUMANITY

2 - To establish only one true RACE comprised of spiritually equal beings within the external multiplicity and to clear the pathway for the Divine Archetype of Man and Woman; the Androgynous Light.

3 - To establish only one RELIGION, comprised of consciously enlightened beings derived from the source-light of the FATHER-MOTHER-LOVE, thereby eliminating separatism between all Beings.

4 - To establish only one CURRENCY, thereby establishing the RHYTHMIC BALANCED INTERCHANGE of loving reciprocity between All Beings.

5 - To establish only one SCHOOL where one learns to Love and recognize the Divine Essence in each person. Since the Cohesive Force of Love is the Principle of Origin, the fluidity of Divine Wisdom fulfills each Being with Radiant Light.

6 - To establish only one FAMILY free of racial, genetic and ideological separatisms, each Being embraced for what he is: son of the FATHER-MOTHER-LOVE, thus Being a co-participant in the Universal Family.

7 - To establish only one LANGUAGE in order to rid each being from multiple indigenous languages. To reassert, through the emanation of Love, the Electrostatic Communication from Being to Being.

Sharing, in Order, Light and Love,
Giuseppe, your brother friend and partner in the REALIZATION... "No man is a stranger to one who knows God."

"Stars are best discerned from the lonely isolation of experiential depths, not from the illuminated and ecstatic mountain tops".

In 2015, the vision towards a cosmic destiny is enlarged and the citizens deepen their studies searching for wisdom:

2009 - Conscientious human beings proposed themselves to work to liberate the Planetary Being of disobediences, of lack of conscience. But the war strikes fed very heavy loads.

...GLOBAL GOVERNMENT OF THE HUMANITY...

TO RE-ESTABLISH ONLY ONE NATION

It is essential to clarify that Planet Earth, through political evolution, has gradually been divided into territorial regions according to man's col-lective desire for regional sovereignty. Man has forgotten that Planet Earth is a living entity and has suffered from the ignorance of the pursuit for ter-ritorial possession, reducing the nation state to the level of separatist entities, and obscuring the fact that there exists but… Continue

Dey Ulis said…
Hi, Guiseppe!!I love the work you do.Thank you very much and be blessed!

And I am wondering if you would like to join us. Here is what we are trying to accomplish:

We are currently in the strategic planning stages of an event that we know is very much essential during our time in humanity.
We have seen how powerful that meditation has been in our lives, the lives of our families, communities and it is reaching out and expanding even further.When communities engage in meditation together the experience is an equally powerful impact on a community level. People can rediscover what is needed to create a just and sustainable way of life.

Group meditation is one of the most powerful effective ways of establishing a sense of shared intention. Since meditation moves us into alignment with the harmonizing forces of the Universe, people act with more love and compassions and decisions tend to emerge easily as they have just happened.

We are planning an event in Toronto Ontario. This event will take place around of the G-8 Summit 2010 and the G-20 Summit 2010. It is a conscious meditation event that will allow the common ideas of love, peace and equitable exchanges to be expressed for all humanity. This event will be transformational not exclusive to those in attendance but inclusive to the entire world.

Satellite groups all around the world will join in this Global Meditation to add these concepts to the collective consciousness, simultaneously.

At the same time we are following the process in a trilingual documentary film (English, Spanish and French) with Blue Planet Productions.

We are expecting to attract the attention of like minded artists, conscious world figures and spiritual leaders to join our movement to bring this concept alive.

We are seeking your support to help bring our vision to the world as we know this is your vision too. Kalsi : We are all one . said…
Respected sir, namaste ! Let us we be friends to develop ' Universal Oneness '