What do you believe are the 'burning issues' today?
War

Al and the iPeace Family 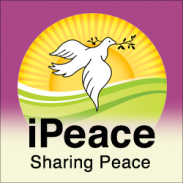 and when You get this birthday wish, I would like to

You back James, to

As You can see, We (the iPeace Family) are still here!
"Enjoy Life" laura said…
I am far too cynical. I don't like how burned out and jaded I have become, but on the other hand, I am so thankful for the chances I have had to work with children and so on, and I really care about people and the human race. I just feel a part of myself is shutting out and closing up...C'est la vie.

laura said…
People are very cruel to each other. It is a rule almost of human nature and human law.

James said…
As for the current political climate, and ipeace closing down, I think we both have seen this type of thing happen before, and it will happen again. It's the ugly reality of human nature.

James said…
I completely think I understand what you mean. I still think you take too much blame for a lot of the stuff. Everyone has had their off days, and initially it was me who sucked you into the whole QR thing, and I am not sure you were really prepared for it. It would have been better if I left you to happily bashing theists. I also talked way too much about your personal life, and for that I apologize. I do strongly believed, and it is confirmed by a lot of research at this point, that emotional triggers can be set off online more. People are a lot less sensative or aware of what they are saying / doing, and it's also impossible to read the mood of the person posting. That entire situation makes me fairly certain now that ipeace is closing, leaving the online world for good is the best decision.

I do occasionally read QR's channel, but it seemed like it had really gone downhill.

laura said…
Also, I sometimes have a bad habit of being overly melodramatic, so I didn't want to come off as too epic with the comment below. It was more one of those moments of intense self-reflection that hit me around the turn of the year, and I kind of realised I had to let go.