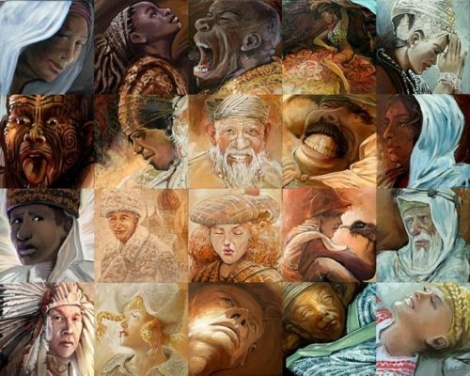 What do you believe are the 'burning issues' today?
War, Hunger, Our Planet, Violence, Human Rights

More
The International Domestic Violence Memorial and Educational Gardens Sustainability Project has partnered with the National Coalition Against Domestic Violence (NCADV), A Window Between Worlds, Be A Voice Arts, Northeastern Consulting, LLC., Palace of Glass, and Adrian Fisher Designs in Dorset England to create a Lantern of Hope Memorial and Memorial Gardens that would help commemorate the victims who have been murdered as a result of domestic violence and child abuse. The lantern will consist of four 10’ x 6’ mural mosaics comprised of the artwork from over 240 artist/survivors across the globe who wish to share their experiences through this unique community based art project.

The lantern will become the major component in the Silence Aids Violence a national campaign to raise awareness about domestic violence and raise funds for each of the local hosting communities that would temporarily host the exhibit, prior to being installed in its final location at the Seeds of Change Memorial Gardens which will be constructed while the lantern is on tour.


To read more about our project:
http://www.mediafire.com/file/kkqmnwkyya2/IDVM_Project_Proposal.pdf

More about me
Nasrin is the founder of the Physical And Verbal Abuse Support group, and Executive Director of Operations for the International Domestic Violence Memorial. Nasrin firmly believes that in order to change our societies core beliefs, and increase moral values each child must be better equiped with the right knowledge to recognize, assimilate and properly identify the various forms of abuse. By educating the children and teaching them alternative methods to handling conflict and conflict resolution, children can have a stronger chance of recognizing and strengthening healthy relationships.

Mrs. Zoghbia has been involved in domestic violence advocacy since she had left a four year emotionally abusive and often physically violent relationship in 2007. Struggling to cope with the long term effects of domestic abuse, Zoghbia founded the Physical and Verbal Abuse support group on Dailystrength.org for victims and survivors of abuse. Recognizing an opportunity to help educate and reach out to others Zoghbia began building an online resource library with articles of domestic abuse. She also began inviting authors such as Patricia Evans, author of Controlling People, in the group chat room on the abusesurvivors.ning.com site which was made available using her creative and professional ability to form a group that could exploit her talents. The group has grown to over 613+ members worldwide who are engaging each other with in-depth conversations about abuse, writing daily journals, sharing experiences, giving advice and helping others when they need guidance and support.

The Domestic Violence Memorial is a community-based project to commemorate victims have been murdered and those that have survived the trauma of domestic violence. Each panel would tell the story of victim or survivor in such a way that would draw more attention to the plight of victims worldwide.

Artists and victims would be paired together to create individual hand crafted paintings for each panel of a mural mosaic using the talents from the Mural Mosaic team in St. Albert Canada, a world renowned group of artists. By first creating a master image and theme, each panel would be designated to a particular artist with a set of guidelines as per the color and shapes to be used. Each piece would then be transferred to panels of glass, mounted in its final form and put together to create the final master image.

Once the masterpiece is finished the memorial would be go on tour to various prominent museums and public locations before being installed on its final location as a permanent display.


Goal 1: To raise awareness about how widespread the problem of domestic violence is worldwide.

1.1 To provide information about resources for victims in each community where the exhibit is being displayed.

1.2 The prevention of domestic violence through educating the community.

Goal 2: To raise funds for the creation of a Memorial and a Memorial Fund that would be used to provide emergency finances for victims as well as funds for various NGO’s (Non-Government Organizations) that help victims directly, by utilizing the following methods:

2.1 To assist in covering the cost of the artwork, companies and other organizations could sponsor the cost each panel.

2.2 To have celebrities sign each of the original panels and then auction them to the public. The resulting funds would be contributed towards the memorial fund.

2.3 To create an online retailing shop that would sell recreations from the masterpiece and its panels such as books, posters, mugs and even recreations of the final glass memorial.

Goal 3: Locate potential locations of temporary exhibits as well as a permanent display of the memorial by:

3.1 Contacting various museums and locations which a high amount of foot traffic.

3.2 Cities, property owners, and communities could submit bids to win the chance to host the permanent display

I am as well as to be expected, and I pray that you are well, loved and blessed, Tina tim max said…
VERY PLEASURE BE YOUR FRIEND , A HUGS

Mary Cook said…
Khadija,
Thank you for telling me the significance of the lion and your work in healing. It's beautiful.
Mary 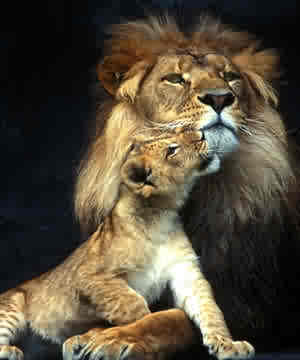 One of the profoundly disabled individuals, with whom I work, pointed to me the other day and said, "Big Kitty." Are you also a Big Kitty? Love Is All, Warren

Mary Cook said…
Dear Khadija,
I love the lion. What is your relationship to him?
Mary