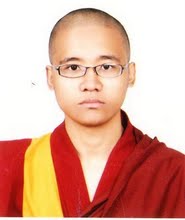 :::Notice To all Dharma Followers about Dolma Puja::

What should be Buddhist Funeral Rites?

I was wanting to write something about buddhist funeral which has been making confusing to many people. As I have seen in many Buddhist countries there are many types of Funeral rites along with many…Continue

"Try to spread the Peace Not Religion" lamarignga

More
Desire is the main point where every bad things are happening.

More about me
i am Tibetan Monk known as "lama rignga" Being a monk i love peace and world peace and happiness to all is my motto."I dont Like to spread Religion I like to spread Peace" thats all 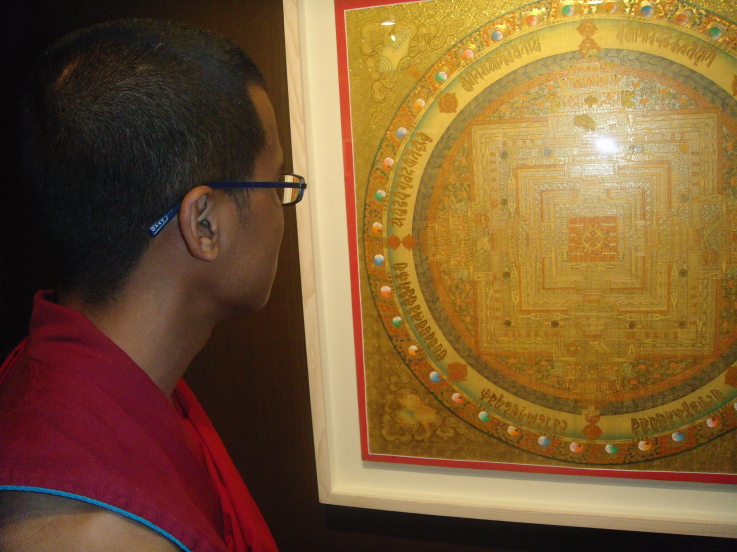 Tashi Delek to all
I was born in eastern nepal called"Bhusafeda" on 1984 aug 31st.I was born as a First son to my family but when i was 6 month's old i became sick and my parents have to take me Kathmandu for checking my health.From then my parents stay at kathmandu and i start my school at age of 4 untill age of 12.Monks,monasteries and red throbe always used to facinates me and my school was at Bouddha.So, i used to see many monks around there and suddenly age of 12 i decide to join monastery and ask my parent to let me go.They just agreed and i was admited at "Mahayana Buddhist Society" on year 1997.The monastery was running under the guidence of H.E. Tritul Rinpoche.I was ordinated by H.E.Tritul rinpoche on the auspicious day of Buddha's Birthday along with 150 monks.I studied there untill year 2000 then i was transfered to "Seramey Monastic University"(The Three biggest University "Sera,Gaden and Drepung University known for highest Doctorine in Buddhist Philosophy).At there i was again trained under the Guidence of H.E Gosok Rinpoche along with many scholars.At first Seramey seems a very big monastery with Thousand monks and Great teachers and i feel it as a small village of Rinpoches,Lama's,Scholars and Monks.Seramey was like a great oppertunity for me to study further and it was the place where i come across with many tibetan people and tibetan culture before that i only know that Tibet is known as a roof of the world and TinTin has visited it.After school of seramey i joined the College for further step of Tibetan Philosophy where we have to study and debate it along with many monks.Debating was a great way to express your thought and your point of view how do you look it cause everyone's point of view is not same at all.On year 2004 i was back to nepal due to my grandpa's funereal.My grand pa used to be a head monk of our village's monastery and after his dead i was choosen for the post and come to known as a Lama.Then my life changes with another phase.I had a responsiblity to look over the monastery with few littles monks there.Everything was quite good enough but in year 2005 our monastery needs a reconstruct.Our monastery is like a great Pride of our village which has a very long history and it was constructed at 500 years ago so, re-construct was most needed we tried our best to get help from everywhere.Being situated at remote village it was hard to find outer sponsers.Our monastery is like a mystery to outside so first thing to do was to pull attension of Nepali Goverment to help us but at that time Our country itself was in trouble in own civil war so it was even more hard to get support.I do try by asking help in international Organisation but it was hard cause i was not a famous or reknown lama.I wasnt able to pull attention of anyone. I start to do Dharma classes in kathmandu and collect money and then someone advised me to go Malaysia Dharma Tour.On year 2005 sept 10 i left nepal and go malaysia and struggle there to find some good way to collect effort for Monastery.I used to do classes for tibetan buddhism and i join at one company as a Packing Operater and start my new career for shake of my monastery.I stayed at Malaysia for 3 year and to be loyel i manage to earn some enough money that has manage to reconstruct monastery.But there was still many things to change it was not a easy.At age of 24 i enter the new phase and face many things which makes me more stronger and loyel to my religion,My intension and my Vision.Today I am at S.Korea and doing as mush as i can for my monastery.I have feel myself it is not a easy to Live a Normal life when we used to see from monastery that the lay Buddhist has.I am still struggling for not only for my monastery but for all sentient being and my only goal is to Peace.Today i am doing Dharma classes ,Tibetan Classes and Tibetan Art classe here in korea and sure i am doing part time too for my disciples and my Monastery but i am happy that i am able to do that.Being sponsered is not a big thing we have to understand how can sponser manage to sponser even after his own basic life.I cant express my thank for those millions sponser who are helping many monasteries in this field i only pray may all sentient being attain Enlightment.Thats all i am untill now and i have only one dream is

"Peace to Ease,Peace through Global networking"

Help for Meditation or Retreat Center Hi every one i have bben teaching,praying,meditating and still fell need to do more. Many people needs the help and due to many circumtances some cant afford the things he was willing.Like Retreat center. I am not a famous and well known lama so i can have a many dharma friends today what i have gain frens followers are from this lovely Buddhist Community site. I am from remote village of nepal far from city and many facilities but peaceful… Continue Riccardo Gramegna said…
on your birthday, to you I offer my blessings and best wishes for your mission 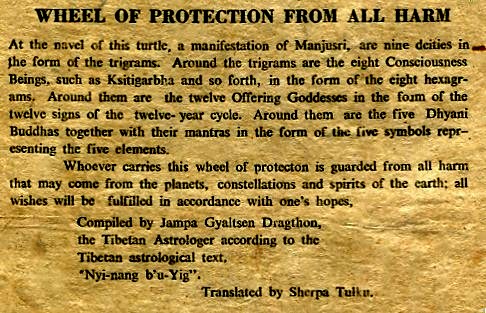 Loving TreeOfLife said…
Love through time & space wishing freedom & joy to all Tibetan Angels.
I believe in ONE-Day. Peacefull blessings to all you brothers&sisters,
loving TreeOfLife 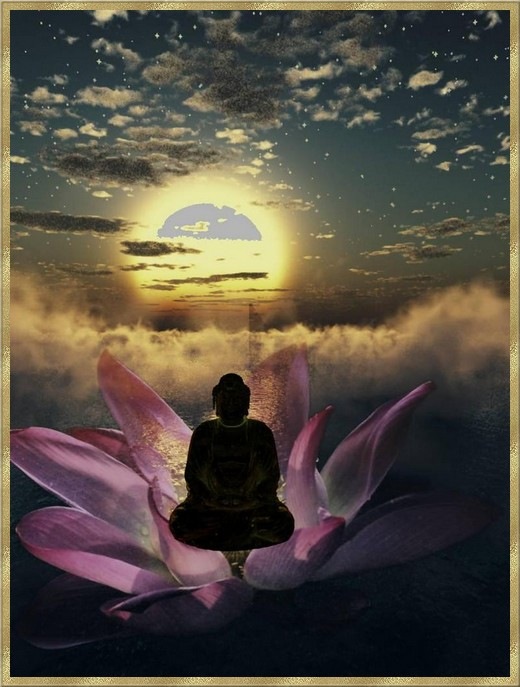 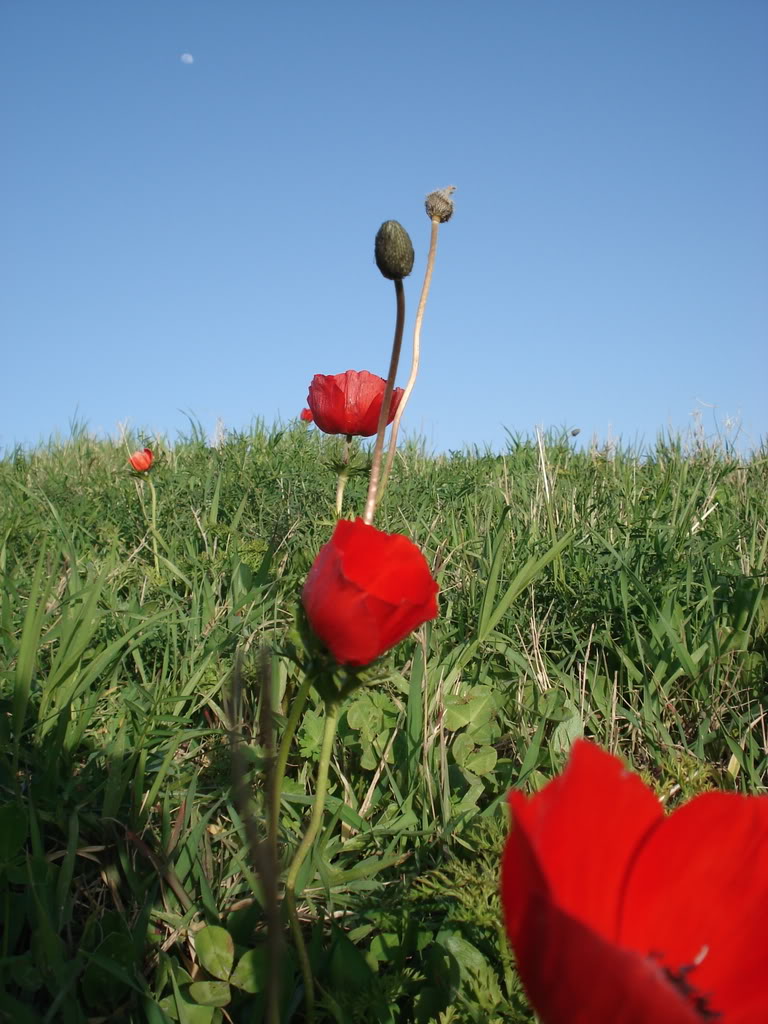