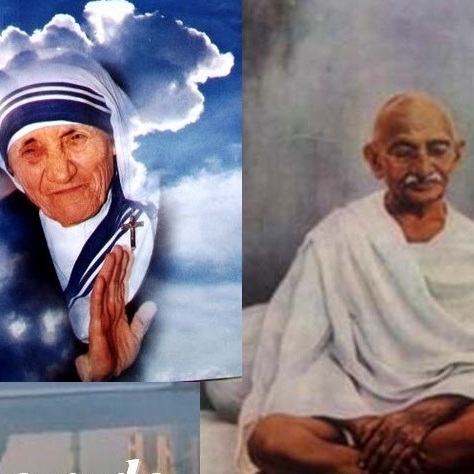 ¡¡A cry in the silence, the Peace be with you!!

More
NO spirituality, NOT achieve anything. In my case FAITH IN GOD.Without it I am nothing . BLESSING

More about me
A word or helping others OF LOVE, can do everything .I say this from personal experience.BLESSINGS


I wish to share with you all the faith that God gave to me. My personal experience was:

One afternoon I was at home when I remembered something a priest used to say "..When you all are not feeling good,just read the Bible.."
I did not know where to start, well I read génesis,1 so then when I finished reading, I look outside and see nature (vegetation).At that precise moment I felt the presence of God and thought t myself..Of course,HE is the Creator of everything! !.
From that moment I felt the happiest woman in the world, because I knew he was there, all my fears were erased from my mind.It's like to be born again.
I began to like the things of God, reading his word and so on.
What I said does not happen to anyone, until one day being in the woods with my family, more precisely at a lake, my attention that the bank had a very transparent and crystal clear water you could see the merits on it came into me, a light that filled my whole being, so much so that when a family member said: how cute is the forest! then I said: give thanks to God that you love it.I commented to him what happened to me, so he was surprised.
I told one of my brothers and told me that he also experienced something unbeliavable.
It happened to him as it follows:
It was night and was in the room when he began to feel a sharp pain in his chest,could not breathe until it stopped for a moment the pain is gone and felt how his soul rised, but could notice his body was in bed at the same time, then he said to himself " it is true that we have a soul".Then saw there´s a tunnel, and a light which brings it and more or less half tunnel feels, several souls who are in pain (crying listening etc..) then follows by, until the presence of God, but from God and was a threshold where you can not pass, said he felt so much love and peace then said he wanted to be there with him (GOD was manifested as a very bright light was communicating by thought, telepathically), but God told him that it was not yet the time I had a mission on earth to meet you showed all his life like a movie. He saw that the sky was of a more intense color.He did not know how to get back said that it takes light again by the tunnel until the soul he puts into his body.
From that moment his faith grown.He tells it whenever he´s the chance.
These are real experiences we have lived, not to save them but to share them,think is what God wants! Our Heavenly Father.

Oh Master, I do not look so much:
To be consoled but to console.
To be understood, but to understand.
To be loved, but to love.

Because:
It is giving, you receive;
Forgiving, which is forgiven;
Dying, which was resurrected to eternal life

mody Ibrahem said…
wish you are better today my dear
plz not cry and take care of your self
peace,love

THANK YOU SO MUCH MARIA ,
HOPE OUR FRIENDSHIP WILL LAST FOR LIFE TIME
YOU ARE SWEET.
HUGS,
MODY..