What do you believe are the 'burning issues' today?
War, Education

More about me
i'm apeacful girl i can help anyone asked for help
my aim in this life..makes people happy and live in perfect world like the other peolpe

no matter what happend ..we are the strongest

In the streets of Gaza City, vendors are peddling the last of the Egyptian goods, which were smuggled into Gaza before the war. But in Rafah, repair work is already underway at the bombed tunnels. Some of the diesel pipelines are still operating. Hamas' security forces are back on the street corners, casually flaunting their Kalashnikovs, and the refugees have left the shelters and returned home, or - if their houses were destroyed - to stay with relatives.
One week after the war ended, Gaza is struggling to return to some kind of normality. Most shops are open, and the children were set to return to school. Teams from UNRWA, the Red Crescent, Oxfam and other aid organizations are touring the worst-affected areas to assess both the damage and what is needed. But the healing and the reconstruction have merely begun. The war left few Gazans untouched. Almost everyone seems to have lost something, or someone.

In the almost completely destroyed Zeitoun quarter, a mourning tent for the 30 victims of the Samouni family has been erected among the ruins. On Abed Rabbo Street, in east Jabaliya, people are still trying to salvage some of their belongings from the rubble - a torn mattress, some broken kitchen utensils. The entire area resembles a post-earthquake disaster. Inhabitants say they can still smell decaying bodies, buried underneath the rubble.
Khaled Abed Rabbo has lit a small fire in the ruins of his house, a five-story building that has been completely destroyed. But that is not all he has lost. Slowly and painfully he recounts how his three daughters, aged 2 to 7, were shot in the stomach when the family evacuated the house, on the Israel Defense Forces' order. Two of the girls died immediately, and 4-year-old Samer is now being treated in Belgium. He learned from the BBC that she is completely paralyzed and will never walk again. There is one detail in his story that he keeps returning to: The soldier who shot her was eating chips. He was holding a bag of them in his hand. Rabbo picks up an empty bag of chips from the ground.

In Jabaliya, the IDF left another curious souvenir: some sort of military cart, made of massive iron. People are climbing on it and posing for photos, smiling triumphantly as their friends take snapshots with their cellphones.

The Islamic University in Gaza City remains closed. The poster welcoming new students is torn and the campus empty, except for some workers who are fixing minor damages. There is nothing to be done about the massive pile of concrete and rubble that used to be the science building. They will have to wait for the bulldozers. Husam Ayesh, vice director of the university's public relations office, estimates the cost of the damages at almost $20 million. He denies that the laboratories were used for military purposes, as Israel has claimed, and invites everyone to come and see for themselves when they start removing the debris. "We have nothing to hide," he asserts.

Marya al-Duek, a student of English literature, shrieks when she sees that the library was damaged, too - it was her favorite place on campus. She has been studying in Gaza for the past three years, but will soon be returning to her fiance in Saudi Arabia. Duek wanted to finish her degree before getting married - she calls herself a feminist and believes that women must be educated - but the university was bombed just before the final exams were scheduled to begin. Now she doesn't know if she will be able to take the tests before she leaves. "I really want to go back home," she says. "In Jeddah you feel like you are alive, here you are just waiting to die. I don't think I will ever return to Gaza."

In Shifa Hospital's Intensive Care Unit, there are still some patients who were injured during the war. And the Palestinian death toll is likely to rise further. One bed houses a 40-year-old man with bullet wounds in his chest and severe head injuries. His pale body is thin and bruised and he is wearing blue diapers. This is what the end of a resistance hero or a terrorist looks like. At the Burn Department, 4-year-old Rawan Abu Tabac is screaming in fear as two male nurses gently put a cast on her burnt legs. She had run out to buy some chocolate during the three-hour lull in the last week of the war. Her parents hadn't noticed her leaving, until a neighbor called and told them that their daughter had been struck by a rocket. She is going to need extensive surgery, her father says. In the next room lies 45-year-old Sabah Abu Halima, who lost her husband and four of her children, aged 1 to 14, when their house in Beit Lahiya was hit by a shell and caught fire. She also sustained severe injuries in the blaze. She says she was completely naked when a neighbor brought her to the hospital on his tractor, because the fire had burnt all her clothes.

The head of the Burn and Plastic Surgery Department, Nafiz Abu Shaban, says he has no doubt that all these burns were caused by white phosphorus.

At the UNRWA distribution center in Deir al-Balah, people are picking up their sacks of flour and rice, loading them onto donkey carts. Further up, on Salah ah-Din road, men are queuing at the cooking gas distribution center. Some gas stations actually have gasoline, but most things remain scarce in Gaza. There are frequent power cuts and many families still lack access to running water. But even in the midst of the despair, there is some hope that perhaps something will change and Israel will finally open the borders.

And if not? "Then we must have another war - of course," a Hamas municipality worker declares. "We have no choice. We can't live like this, locked in a cage, like dogs." Few Gazans seem to agree with him. "Inshallah, Hamas will stop firing rockets and Israel will have mercy on us and open the borders," says one cabdriver from Jabaliya. "We had enough blood and destruction. We have lost everything."

Everyone has a dream. everyone wanted to be free, but the problem is no one can do anything in our homeland , especially the young people ,they can’t live like the others outside our country ,every single day they are suffering ,Even they can’t find work, just they are walking in the streets without a goal ,just they hope for one thing…PEACE ,how can we live our lives without peace we can’t travel we don’t have everything that we need we just have screaming and blood everywhere. What we can do??? Can you answer my question!! Tell me how do you feel when you see a boy looking for his family? where’s his house?? Everything has disappeared , it’s not the material damage it’s not like you imagine, you can’t feel like how we felt in the war we lost everything even we lost our dreams our hopes how should we live? every minute I remember all the voices, the blood, the children, and the women it’s very hard to see them even when you want to talk about them you wish to die before talking , If I had a weapon I’ll go to kill every minister and president because of them we don’t have the freedom that we should have. We have a glimmering theory about what happened in Gaza, We are in a trance and until now we can’t believe what has happened to us. It’s unbelievable, how many have we suffered, no one can know this feeling, harming, and suffering.
Our life became atrocious, we don’t have a goal in this life.. we live in prison we can’t go, we need permission to go out for curative and to study. It’s very hard for us even the prisoners cannot do anything they want but we. we can’t. they must know where we will go ??with who? Why?? Questions, after questions, after questions. they never stop asking barely you die from their questions or have a heart attack from them..they are completely DUMB,,what we can do with them we should be stronger,our souls full of hope and peace . 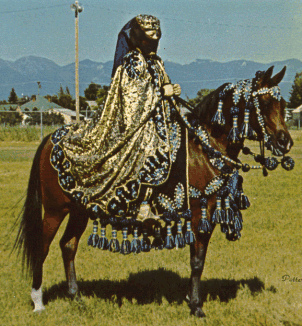 Riccardo Gramegna said…
have a peaceful birthday Maram!! no dubt, one day, truth will set you and Palestina free!!

Yes! How powerful You Are! Imagine☮Peace said…
Thank You! ^^ How Are You? I Haven't Been On In A Long Time. Have A Good Afternoon,