So what is it?
Social dislocation, erosion of environmental resources

More
Marx was right, both Groucho and Karl. On top of that, humanity is incredibly stupid.

More about me
I exist. Any other comment would be superfluous.

The Dead Are Sleeping

They were innocent people.
They would caress their children's hair in the dusk,
dropping off to sleep.

They were innocent, simple people,
sweating during the day and smiling.
On their way home they would pause before shop windows,
measuring with their eyes the size of children's clothes,
then walk on.

They would take one step
in the early breath of dawn
to touch the tree trunks.
During January frosts,
while they were watching,
some branches would bear fruit.
Their scythes yearned for the fields,
the air in the village was waiting for their cries.
Suddenly, their wheat became ribs,
the breeze and grass, rooted
in their bodies.

They were innocent, simple people.
Each evening the sun slid its silky mantle
over their souls.

David Califa said…
It's good to see you here, brother.It's been a long time. I hope that all is well

Zsófia Virág Szobonya said…
Hi Roger,
I am glad to see to you, thanks.
Virág

I wish you warmly welcome to the SICU SSGN Network to utilize the SICU forum, blog, the 39 special groups, and the versatile Web 2.0 features (photos, slide-shows, videos, music...), of this platform to promote your way of thinking, know-how and activities, and naturally to connect and interact with the other members and global partners of SICU SSGN.

Welcome to join and contribute in the SICU SYMPHONY FOR OUR FUTURE group, and in any of the other special group within the field of your interests.

I would be very happy if you could invite even other experts representing divergent professional disciplines and cultures to join SICU SSGN. The invitation link is as follows: http://sicusynergynetwork.ning.com/profiles?xgk=0d1139da3b

have you been to Edinburgh? It realy is a gorgeous historical & culturally rich city. Where are you from?

p.s. I love this one ~ "I find television very educational. Every time someone switches it on I go into another room and read a good book"
Groucho Marx

Jeff and all the iPeace Welcome Team. 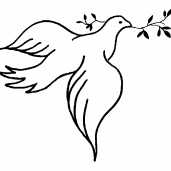 Hey good to see you here, please invite your friends to join our network. Help us make this network a voice for PEACE
Ank