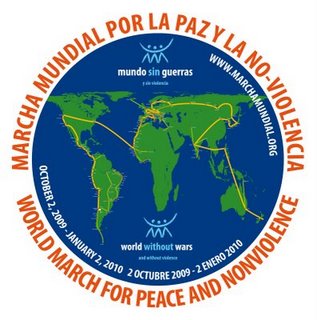 The Israel-Hamas War. Letter to Kevin Rudd, PM of Australia..

The World March for Peace & Non-Violence

The World March for Peace & Non-Violence in Australia

What do you believe are the 'burning issues' today?
War, Education, Violence, Human Rights, Other

So what is it?
Nuclear Weapons

More
Too much talk, not enough action.

The World March for Peace & Non-Violence

The World March for Peace & Non-Violence will begin in New Zealand on October 2, 2009, the anniversary of Gandhi’s birth, which has been declared the annual “International Day of Non-Violence” by the United Nations. It will conclude in the Andes (Punta de Vacas, Argentina) on January 2, 2010.
The March will last 90 days, three great months of travel. It will pass through all climates and seasons, all cultures & religions.
“World Without Wars,” an international organisation… Continue

~Magickal Graphics~
many blessings to you
houcine

Hiya Peace Brotha Scott,...
To Honour & Celebrate our Connection,...
I am Guided to Send you my "Peace Flower",...
As you contemplate,...
visualize over your Heart chakra,...
Invite Peace to "Blossom Within"...
ENJOY,...
Lotsa Lov & Laughter,...
Your Peace SiSta...Helen

Scott Come be part of our group
Gandhi, man of peace
Thank you
Namaste

Stephanie said…
Scott
Hello and thank you for your long comment on the blog I just posted.
You know, my daughter tells me all sorts of terrible little "jokes" the kids say at school (last year of high school,) as if those kids had absolutely no compassion no caring at all for the feelings of other religions, races, etc. It is really sad....often she opens up and takes a side, and other times she is shocked into not saying anything.
Will killers continue being killers? Who is it exactly we have to get to first, the kids, or the terrorists? I am opening up another discussion here, but gbeing a good person, a compassionate person, I don't maybe understand how we, the good guys are going to be able to really get to people who live in homes and socieities that accept and are for the comments these naughtly kids make, or homes where violence is just part of the way of thinking...
excuse me, I am getting carried away....but sometimes I think that do we really have any idea exactly who to start with? Like a labryinth (spelling?) shouldn't there just be one door and one way to get out.....or do we have to chose, and who does the chosing?
Sorry I chose you right now to dish this out to, but you had put so much on the plate there, I thought that another plateful might be understood by you!
Bad writing, but you will get the point.
thanks
Stephanie 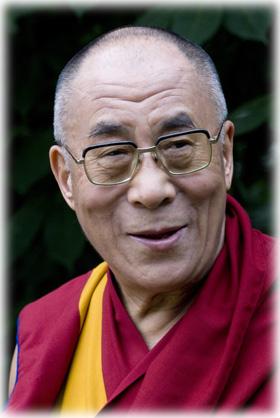 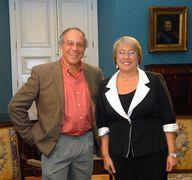