LET YOUR DIVINE SELF SHINE!

What do you believe are the 'burning issues' today?
Our Planet

More
The collective agreement of raise the consciusness.

More about me
Healer, Transformer, Networker, Connecter and Manifestor. . 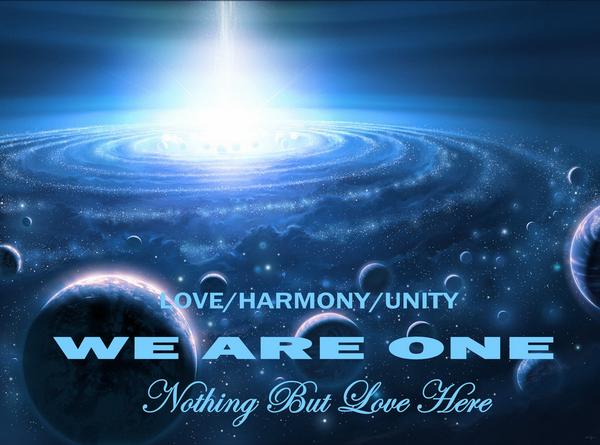 We address you as friends, yet indeed you are more because we are One. Not simply because we are all from the Source, but we are part of the same experience and evolutionary path. As we have told you previously, we are your future and Ascension is your passport to it. It has been your destiny ever since you set foot on Earth so many years ago. Mother Earth follows her own evolutionary path and out of her love for you has carried you along. Like you, it is also her time to complete the cycle of duality, but she has agreed to take you further into the higher dimensions. In real terms there is such a short time left before Ascension takes place, and it cannot be denied short of a new decree from the Creator.

In Ascension you are looking at a Universal event of magnificent proportions that will allow every soul to uplift. You have a minor part in it, yet it is of such importance to the whole as you must be ready to lift up before the process can be concluded. The Universe will open up its doors to the new Man that has arrived, and fully fledged as a Cosmic Being. On Earth you tend to cling together, because until quite recently you looked to each other for comfort and security. Moving beyond its limitations you will find out about your creative powers, and how to use them for the good of All. Many times we have reminded you of the great responsibility that comes with using them. Perhaps you can now understand why only souls that have reached a certain level of consciousness, can be given the freedom to create as they wish. After all, the higher you go the more far reaching are the consequences of misusing your power.

In your minds you should already be looking to control your emotions, and become the real you capable of leaving your ego behind. You are still in testing times, and what better opportunities could you have to prove to yourself that you are ready to ascend. It would be easy to get caught up in the panic and despair that the dark forces are creating. However, it is only a passing phase as the final outworking of events on Earth comes to fruition. You not only have to see them, but in many cases you will be involved in them. Mankind must be able to acknowledge his part in bringing about the situation you are experiencing. There is no God of wrath or anger punishing you, and if you feel that you are a victim it is part of your own mindset. That may sound harsh, but you experience exactly what you have attracted to yourself, and in that way can understand the result of your freewill actions.

You have been so misled regarding your purpose in life, and many still do not believe in the infinity of life. Each of you have had thousands of lives through many civilisations, and today many of you are at the point where your experiences have fulfilled what you originally set out to do. You have learnt from the lessons of duality and it has little or nothing more to teach you. However, some souls have progressed at a slower pace, and they still feel the need to stay longer in the 3rd dimension. This is why another “Earth” has been prepared for them to continue their experiences. The Spiritual Hierarchy set no time limit to your experiences as all of them contribute to the Universal Consciousness, and it is available to all who seek information about your realms.

The more you understand the truth, the easier it becomes to tolerate what is happening around you. With practise you can at all times stay centred, and allow the distractions to pass you by. As we so often say, stay focussed on the future and what you expect it to bring. You will not only stay calm and peaceful, but will also help manifest your vision and bring it nearer to you. In reality the hard work has been done, and all you need to do is maintain your strength and dedication to see this period through. It will not be too long before you clearly see the opportunity for major changes. Then you will know that the old guard have failed in their attempts to keep hold of their power. They will be resigned to defeat and removed from their positions of authority. They cannot avoid the inevitable collapse of their empire.

Support those Dear Ones that are clearly the Lightworkers, and you will find them at all different levels. You will know them by their words and deeds, as their truth will resonate with you. Do not be fooled by eloquent words that lack the Light, and certainly think twice before allowing yourself to fall for the fear tactics that are often used. That is the way of the dark as they know no other means of getting you within their grasp. Wealth is often dangled before you to buy your soul, but no one except those of a low vibration would normally become enmeshed in this way. Money has been the root of evil in many ways, but on its own it has no power – it is simply the way it is used. Material goals are waved in front of you as the panacea of life, and you are encouraged to acquire wealth in a never-ending quest. Some feel money equals happiness and whilst it helps alleviate many problems, it does not advance your spiritual evolution. That is unless you are a special person, who can see its use by sharing and allowing others to enjoy it where their needs are pressing.

In days to come money will have no meaning, and you will create everything you need. Those days are nearer than you may think, and come with your upliftment through the dimensions. Think upon the fact that there are realms that vibrate so high, that you exist as a Being of Light. What are your needs then when you have ceased to be in the more physical realms. You see us and we look similar to you in our style of dress, but we do not need clothing such as you wear. We can “think” our costumes or suits into existence, and this is why it has been noted that they appear as our skin, without seams, joints or buttons. You will have much to learn about us, and it should be an exciting time as we are soon to be amongst you.

We know you tire of waiting for a new path to open up, but be patient as all proceeds as it should. There may be delays, but we will compensate for them, and our plan will not in the least be affected. We have always been granted the power to keep things in balance, and we are now more active than ever. Your safety is assured, and we monitor the dark forces more than they could possibly realise. Our Light and Love will enfold you forever. Kalsi : We are all one . said…
Hi ! dear Soraya , namaste , please be my friend to share spiritual thoughts to develop peace in the world. Thanks and my best wishes !!!

Kristina Aston said…
Hi Soraya I found this site because of you listing it on your Facebook page. Thank you.

Freedom is your Divine birthright! And most fundamental of all
freedom is the ability to create your reality through the power
of your beliefs. Use it well!

Change can be joyous if you do it willingly.

I AM willing to experience the joy and gifts
of change.

As I take an even breath I allow myself to experience
the Divine spirit within. I affirm that God has only
good in mind for me. I remind myself that every change
in my life is but a step towards God's ultimate good
for me. In my mind's eye I see myself accepting the
beautiful gifts that change brings to me. I imagine
that as I open each gift I am pleasantly surprised at
how perfect it is for me. I see myself joyously awaiting
each and every change that comes my way. For the next
moment I will imagine all the goodness of God manifesting
into my life. I see myself healthy, happy, prosperous,
and safe. I combine these images with the feelings of joy
and let them go, knowing that they will create the good
things I am visualizing and thinking.
With love, peace, harmony, power, beauty and freedom my dear

Plz show it to your friends and loved ones 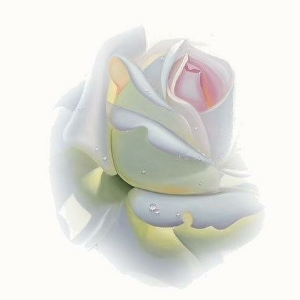