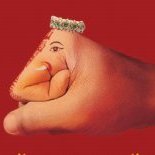 What do you believe are the 'burning issues' today?
Hunger, Poverty, Inflation, Human Rights

With the Sri Lankan government troops closing in to the remaining Liberation Tigers of Tamil Eelam (LTTE) stronghold, it looks as if this is the last round of a military struggle that began in 1983 but whose roots go back at least to independence in 1948. The ongoing conflict between the Sinhala and the Tamils that has ebbed and flowed derives its emotional force, in part, from competing beliefs that began during the colonial period about legitimate rule, economic wellbeing, and sacred authority.

The Office to the United Nations, Geneva, Association of World Citizens has had a long-standing concern with the conflict in Sri Lanka and has made frequent calls for good-faith negotiations on the political and administrative structure of the State. I had thought that reason would win out over the irrational drive to settle complicated issues of social-political structures through armed violence. I seem to have been wrong since both the government and the LTTE gave up negotiations in exchange for a military ‘solution’. A military victory seems now possible for the government forces.

There are two short-term dangers. There are some 200,000 people trapped between the LTTE militias and the government troops. There have been appeals from the United Nations and the International Committee of the Red Cross for a cease-fire so that civilians, especially the sick and wounded, can leave the fighting area. As this is being written (11 Feb. 2009), there is no cease-fire and none seems in view.

There have been calls from the Government to the LTTE leadership to lay down their arms and end the fighting. Again, this is a logical possibility, but given past LTTE willingness to fight to the bitter end, a massive rendition seems unlikely. Thus, there may be a heavy loss of life of those caught in the cross-fire.

The second danger is revenge killings on a large scale. The Tamil-Sinhalese conflict has been extremely bitter. Many families in both communities have lost kin. Although binding up the wounds of war should be the first priority, there is always a danger that revenge killings take place. Logically, the establishment of social cohesion — that is, an ongoing process of developing a community of shared values and opportunities based on a sense of trust, hope and reciprocity — should be the prime aim of government policy. However, there are small groups of violent individuals who may be ready to kill for revenge or to get rid of rivals.

Therefore, the Office to the UN, Geneva, of the Association of World Citizens has sent a three-point appeal to the President of Sri Lanka, Mr Mahinda Rajapaksa:

1) calling for the respect of international humanitarian law as expressed in the Red Cross Geneva Conventions;

2) appealing for the protection of all civilians both during the on-going conflict and especially in the period following the end of armed conflict during which there is a danger of revenge killings. We are sure that Sri Lanka will respect universally-recognized human rights standards;

3) appealing further that serious consultations on the governmental and administrative structures of the State be undertaken so as to facilitate national unity based on the respect of individual views and aspirations.

Wide support for these three aims would be welcome. Letters could be sent to the Permanent Representative of Sri Lanka to the United Nations in New York:

Wishing You a beautiful time
and a peaceful bright wekend Much love from Portugal
Maria**