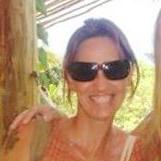 I was recently with Swami Veda Bharati in Washington DC with a group of people. Below is some of contact information about the gathering.
Swami Veda is a disciple of Swami Rama of the Himalayan tradition in Rishikesh,India

YOU ARE INVITED TO “BE” ...
THE POWER OF ONE
INFINITE POSSIBILITIES

It is time to stand still

The Power of One 10.10.10 To catalyze quantum solutions to humanity’s greatest environmental and social challenges by shifting consciousness and celebrating the oneness of life.

Possibilties, Quantum Activist - be prepared to take a discontinuous leap
www.quantumactivist.com There is a revolution going on in science.

Swami Veda Bharat has asked me to facilitate and organize a “Festival of International Meditational Cultures" to be held in Rishikesh, India 2013. One of the Goals is to have the United Nations establish a "Day of Silence"

Spiritual Wisdom for a planet in Peril
Preparing For 2012 and Beyond
www.2012iscoming.com

Steven Lovink is one of the founders his email is jslovink@planet2025.net
and co founders Dr Laura Dunham , Sister Jenna Maraj,Brahma Kumaris

Brother V' said…
Hello Perola,
I’m honored by your friend invite, it is happily accepted. I’m reachin out to friends I never knew I had too and seeking to connect with other loving lovers of the loveliness of Truth, Beauty, Peace, Harmony & Joy. I look forward to sharing more with you as timing permits.

Kalsi : We are all one . said…
Hi ! dear friend, thanks a lot for your friendship. Please keep in touch. Best wishes !!!

Kalsi : We are all one . said…
Hi ! Perola , namaste, pl add me here ur friend to share and convey message of peace to whole the world. Thanks and best wishes.