So what is it?
awareness

More
We are still very unaware and disconnected around the world.

More about me
I am 53 years old. I've lived in three countries, speak three languages, visited 20 countries, and I enjoy and love life.

To all my friends here at iPeace

It is known as legerdemain, sleight of hand. It is the magician's stock movement. Without it, we would see every movement the magician makes which would reveal his every secret.

An attack so powerful that many are comparing it with the six-day war or worse. 90% of the entire world is glued to their screens following every movement that is made.

Legerdemain - sleight of hand. It is the magician's stock movement. While the magician gestures wildly with one hand, staring at it as intently as all the others, his other hand is preparing the real trick. Anyone ready for another game of trick or treat??

It is a bitter reality and even bitter pill to swallow. Try as they did, the Free Gaza Movement were never allowed to give life-saving medicines to Gaza:

Dante Alighieri could never have imagined circles as hellish as the wards of the damned in Jabalia's hospitals. The laws of divine justice are turned on their head around here: the more innocent the victim, the less likely that they'll be spared martyrdom through bombing. At Kamal Odwan and Al Auda hospitals,… Continue

Gaza - As Seen From the eyes of an American

Along with the rest of the world, I have been watching the fighting in Gaza and the steady stream of information from all points of view. Everyday brings more bombs, more death, more misery, more horrors, and more hatred. Here is the situation as best I can surmise it. I am a person who craves nothing but peace. I hate war. I hate violence. Any violence is bad. I protested the Vietnam War in my youth, and I have protested every war every where ever since.

From the Gazan point of… Continue 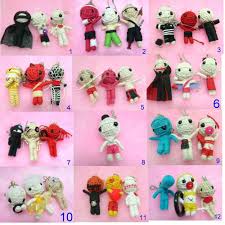 I have half a mind to fly to Haiti and buy exactly, let's see, last count here

WHAT COST THIS WAR ON TERROR? Welcome to the Toeg Effect Plus. This is your host, Toeg. Today we take a look at the financial, social and political burden of the current American foreign policy. Today we sum up the cost effect of this policy since 9/11. Today, we discuss:

WHAT COST THIS WAR ON TERROR?

The attack on the World Trade Center and the Pentagon in September, 2001, changed the US foreign policy substantially and irreversibly. According to… Continue Toeg, what does that mean, “Toeg.” The origin of the word, “Toeg,” in the English language is obscure. It comes from the Beatnik culture of the late fifties and early sixties and means, “Together.” Befittingly, the Toeg Effect will try to reunite its listeners into a greater understanding of what is really happening in today’s society in the US as well as in the world beyond.


But first, Toeg must lay down some vibes. In order to… Continue 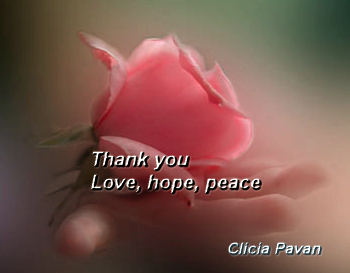 Ali Afifi said…
Please after reading, u can delete it.
The Quran was revealed over a period of 23 years and was written down in its entirety during the Prophet’s lifetime by his companions. The Prophet always arranged for each passage of the Qur’an to be recorded in writing as soon as it was revealed

It was customary for the Prophet to ask the transcriber to read out the verses after writing them down. According to Zayd ibn Thabit ( companio of Prophet Muhammad pbuh), if any part was missed out in the writing, he would correct it and only after this written work was fully completed would the Prophet allow the propagation of those verses.

It has been established from authentic traditions that the angel Gabriel, who conveyed the revelations of God to the Prophet, himself arranged these verses as per Allah's guidance. Each year during the month of Ramadan, Gabriel would come to the Prophet and recite before him all the Quranic verses revealed up till that time in the order in which they exist today, after which the Prophet would repeat the verses in exactly the same order.

When by the help of Gabriel the Qur’an was fully and systematically arranged, the Prophet recited it to his companions on different occasions in the order with which we are familiar today. The Qur’an was thus preserved in its pristine form in the memories of tens of thousands of the companions during the Prophet’s lifetime.

During the caliphate of Uthman (the third Caliph) there entered the fold of Islam people whose mother tongue was not Arabic, and who were not able to speak the language with the proper accent and pronunciation. Even the various Arab tribes themselves had different accents and pronunciation.

As per the order of the third caliph, a committee of Prophet's companions wrote down the Qur’an in accordance with the spelling of the Quraysh, so that it should conform to the accent (lehja) of the Prophet of Islam.By this method, all the copies of the Qur’an were made uniform as far as writing was concerned

It is an irrefutable fact acknowledged by the all, that any copy of the Qur’an found in any part of the world at any time will be exactly the same as that handed down to the Muslims by the Prophet in his last days. Million of Muslims memorize it in arabic and not a single word gets changed or altered. All Muslims recite the Quran in Arabic but non Arabs use translations to help them understand it better.


If you ask ten Muslims of different countries of any age group, gender, class to recite the 6 verses of Chapter 114 in Arabic, they'll all say the same words, or read what is Chap 18, verse 52, each Holy Quran will all have the SAME answer. .

Many ancient Quranic manuscripts are displayed in museums (you can google search it) and historians agree that not a single word is changed through the course of history. It a promise Allah made in the Quran.

David Califa said…
Can you please explain this comment of yours:
would also like to reiterate that the ONLY group to get into Gaza over the past four decades has been Free Gaza. They are gearing up again to take much needed medicine and supplies to the stricken in Gaza. Please support them any way you can.

i find it misleading and confusing our members and our efforts.

and by the way, have you ever been to Gaza?