This story appears on http://www.cbc.ca at the following URL:

"Compassion is the antitoxin of the soul: where there is compassion even the most poisonous impulses remain relatively harmless."
~ Eric Hoffer

"Don't take offense where no offense is intended."
~ my mother

Sometimes it seems like no matter what is said, some individual will find offense with it. An inoffensive attitude is one that is filters not only words and actions as they are expressed, but…
Continue

The Consequences of Counterterrorism

# The National Geospatial-Intelligence Agency claims it can identity the occupants of each house, their nationality and their political affiliation, in 130 of the largest cities in the US.

The Zionist Lobby was quick to attack 60 Minutes for airing a show about Gaza that did not adhere to their views. Please contact 60 Minutes with your support by going to the J Street website: http://salsa.wiredforchange.com/o/2747/t/3251/thankYou.jsp?campaign_KEY=2523&key=20353893
You can put your own words in if you do not agree with everything the pre written letter says.

Today, I helped work on a house that was almost ready for floor covering, so this was good.. seeing a house that is almost ready for finishing.. Started at 8:45 a.m. after the Habitat Safety meeting with the Construction Manager where we reviewed the safety risk assessment and were told the jobs that needed to be done that day.. Two guys arrived late to the Safety meeting, but got us all humoured up as they were wearing painter pants and white t-shirts. They had never painted before, but they… Continue

About my avatar image It is the logo of the Oaxaca news coverage on Narco News Bulletin.
http://www.narconews.com/otroperiodismo/oaxaca/en.html

Oaxaca is a province in Mexico where the common (mostly indigenous) people are resisting oppression and exploitation by their government. The US government would probably call them "communists" if they'd have anything to say about it.
The people… Continue

Who knows them? Who has been initiated by one? Give your thoughts on this, all the dear ones out there! As always I pray you are well, as we stand together in the midst of our quantum metamorphosis. Before sitting down to write, I thought (and inquired of Spirit) what is there to say right now that isn't redundant and will best serve those reading it?

"There is much complexity in the minds of many," I heard. "Share something simple that speaks to the only thing that matters, love. Remind the many that above all else love must become the focus of all choices,… Continue

Day 2 of the Season For Nonviolence: Smiling

Today is Saturday, January 31, and the word for the day is: "Smiling." I have much to smile about today, as I am preparing to conduct a choral workshop entitled, "Be The Sound Of Peace," as well as a culminating concert event up in Auburn, CA at the Foothill Center for Spiritual Living! I feel so very honored to have been asked to participate in this exciting project, a "kick-off" for the 12th annual Season For Nonviolence and a fundraiser for Peace For… Continue

I woke up last Sunday morning feeling very far from peaceful. My dreams were filled with my inflicting physical and emotional harm on those I felt had done me serious damage. This was serious stuff - these people had all but destroyed my reputation and career - it is not uncommon for people who have gone through that particular ordeal to commit suicide.

While that was 2 years ago the damage continues and I've struggled to find a full-time job to replace that one. My mind continues to… Continue This morning my beloved uncle Bob died of cancer. He passed away gently, in his sleep. Yet another casualty of the cancer epidemic that is sweeping this planet. He contracted cancer from exposure to asbestos at a pulp mill he worked in.

My brother Randy also died of cancer, just a few years ago. Too many of us, far too many of us have been touched by cancers cruel fingers. Although it is often difficult to prove, I believe that the huge spike in cancer we… Continue

Sigourney Weaver stars in this emotional true story about a 1970s religious suburban housewife and mother who struggles to accept her young son Bobby, (Bobby Griffith) being gay. What happens to Bobby is tragic and causes Mary to question her faith, ultimately this mom changes her views in ways that she never could have imagined.

The US Senate was told that India "unfortunately" had become the "sponge" that was protecting America and the western liberal world from the hate unleashed by Lashkar-e-Toiba which had emerged as second only to the Al-Qaeda in being a threat to global security.

The Science of Peace

RE: The Science of Peace 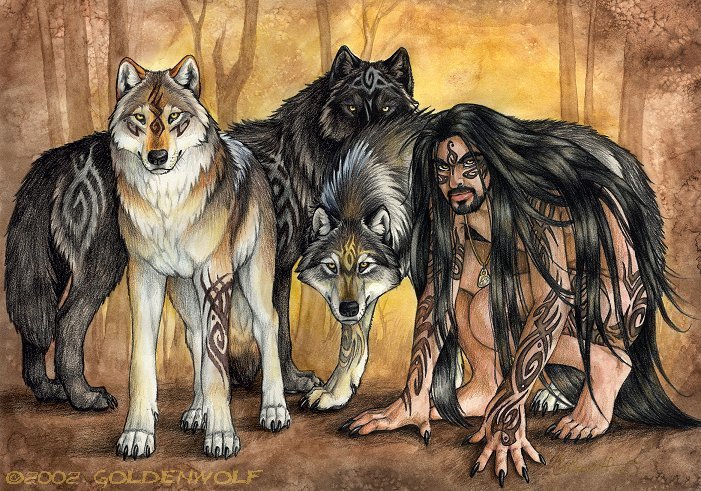 Elk and Wolf...
One Day the Elk was rutting around,Bushes covered in a fresh snowfall,
and along prowls a wolf,not hunting but just sniffing for mice as snacks along his path,
as it was a long one...the Elk misunderstood why the lone wolf was there,
and threatened him with his mighty rack of antlers,points all freshly sharpened,
and ready for Battle,aimed at the wolf who went along,unaware of the hate in the elks… Continue

Ok, Nigeria not only has the biggest scam , but now anyone who visits Nigeria and is GAY, faces up to 3 years in Jail

Wow, I heard this on the Radio, what are your thoughts on this? This is 2009, dont you think this is a little bit over the top? I really do pray for the negative energies that Nigeria is going to be feeling. Humans are Humans no matter what beliefs they have or gender they prefer. We are all One, I think you forgot that small detail. Peace to Nigerians who are gay or secretly gay, I feel for you people who are living in the stone ages.

For all the gay people, be careful and not show… Continue

When Africa's heads of state meet this Sunday, they will be greeted by a crowd of hunger strikers, calling for justice and democracy in Zimbabwe.

Desmond Tutu, Graça Machel, and hundreds of others have pledged to fast in solidarity with the Zimbabwean people—most of whom are now struggling to survive on a meal a day or less. Their powerful demonstration of commitment has seized the media's attention, pressuring leaders to refuse Mugabe in his attempts to… Continue

About househelp, living in Ct.

As if it’s not horrific enough to watch the cruel, senseless, heartless way that some adults treat animals, we also have to bear witness to the phenomenon of young children emulating this behavior towards other creatures, helpless and smaller than themselves, and this include other children. Bulling, assault and yes, even children killing other children. This situation screams for and begs the answer to the question of, how long are we as the human race going to allow this condition of… Continue