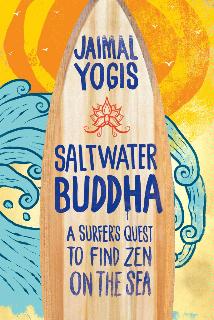 I wanted to publicly thank best selling author Ari Goldman (formerly the religion correspondent for The New York Times) for reviewing Saltwater Buddha: a surfer's quest to find Zen on the sea. If you haven't read Ari's incredible classic, The Search for…
Continue

Little Blessings for my friends - a healthy body and mind is a peaceful one...

Below it the textual portion of my latest newsletter... Peace begins in our own hearts and minds... If we are unwell, we'll we be angry, more apt to respond negatively to what appears before our nose... Below is an intro to my understanding concerning body/mind... enjoy..

Little Blessings for my friends

For those of you who don’t know, I am a rebel. Trained in the 60’s on the streets of NYC, purified by disease and pain, educated by my need to survive, I sit here today… Continue

Before you begin, let me offer these words. I’m not apologizing, but I do realize many of you have and or are still working very hard for what you have and believe that it is a good thing to accumulate stuff, money, etc, to live a big life, have nice things and to leave your children with a fine inheritance… Good good…

These comments are not meant as an attack, but instead as commentary on American consumerism, something that has brought our country nearly to its knees, and by… Continue

25 Random Things About Me 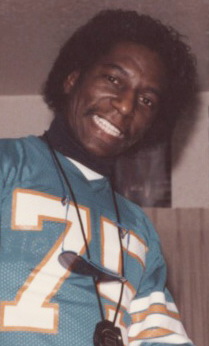 1) No one but my Family knows that I have a very Green Thumb..I can grow anything I set in the ground..A gift from My Grandparents who were organic earth lovers long before it was fashionable to be..We cured smoked preserved virtually everything..Their homemade Iced Tea Lemonade and Ice Cream recipes are still part of the early Family secrets in my care...shhhh don't say that to loud..


2) I have always had many different pets… Continue


Here's part two of my Fierce Light Talk in Nelson,…

Here's part one of a talk I gave in Nelson a few weeks back, the day after a screening of my feature documentary on spiritual activism, "Fierce Light: When Spirit Meets… Continue I’ve recently started waking up every morning with a thought of thankfulness. Taking a few moments before I begin my day, to think of a few things that I can be truly thankful for, sets me on a bouyant path, out of the right side of my bed and into the day. It’s a simple thing, but so easy to forget. Gratitude is a tremendously powerful force that aligns us with an attitude of celebration, openess, spaciousness. Thank you world! Thank you… Continue

Some times I have to wonder....just what is "hope". Is it eternal optimism that all things will work out in due time? Is it a yearning for good things to suddenly appear on the horizon?

While both ideas seem plausible, it seems to me that hope is more synonomous with faith. I cannot realistically expect that life will be free of troubles. There are simply too many variables for that to hold true. Things completely out of my control can, and will, affect me in some form or fashion.… Continue

We Can Offer What We Are A few years ago, I had the honour of interviewing Alice Walker for my feature documentary, Fierce Light: When Spirit Meets Action. Alice is the Pulitzer Prize winning author of The Color Purple, activist and a social visionary who has been a participant in many of the major movements of planetary change, from the American Civil Rights Movement forward. When I stepped into Alice's lovely home in… Continue

Each side must recognize the rights of the other to life, freedom, independence, identity, the right to flourish, the right to a peaceful existence. This is the first and critical stage for the plan. Without formal recognition, in writing, signed by the recognized leaders of each nation, no progress can be made.

Both sides have done horrible things to each other in the name of this and that ideal. Since the… Continue

A message from Noa at the onset of her Spanish tour, Feb, 2009


In the spirit of freedom and democracy i support the right of people to demonstrate wherever is legally possible. i also support the right of non Spanish or non catholic minorities to live in Spain enjoying equal rights. i have always expected the same attitude from the Arabs and Muslims towards the Jewish people and its right to live in freedom, security and self expression in Israel since it was founded and recognized, and anywhere else for that… Continue

1. I was born the same year as the peace sign, 1958, which was a very good vintage, I think, full of mischief and laughter.

2.My husband and I have four children 20, 19, 17, 16 yrs old, who have raised me well, each adding to my education and growth with their own special gifts and challenges. I don't know any other folks I'd rather hang with, and it's a good thing, too, as we've homeschooled for years.

3. My best friend and I met in kindergarten and have been through 45… Continue

Now, how to get to our innate core, our divine essence of our pristine being in order to find inner peace?

First, we need to come to a rest, to a change of perspectives: away from the predominant external societal "THEY-expect-me-to-act-so-and-so"-view…..

Let’s start with rising self-approval. Instead of expecting or even being depending on the approval of others. Stop being a workaholic in ticking off all those to-do-lists, physically or mentally. Stop being a… Continue

"No, no, you're not thinking; you're just being logical."
~ Niels Bohr

"When we are children, we are more open to our feelings and rely on them to make decisions. As we grow and are educated, we are taught how to think logically and our reliance on our feelings diminishes. A truly wise person has learned to balance the intuitive understanding of his heart with the rational knowledge of his head. It is through this twinned approach that flashes of inspiration can be manifested… Continue

"Violence often prevails in conflicts because it is a much easier path than Peace. Violence does not usually start on its own: it grows from the fertile ground of intolerance, bigotry, self-centeredness - the baser areas of the personality. To practice Peace requires a rigorous evaluation of yourself and the acknowledgment of your own flaws and limitations, so that you can change the path you are on. This is the first step on the Path of Peace.
Together we all are humanity,
Humanity… Continue

A silent prayer
and
a global wish:


More "wars", but only within our own HEARTS


Against prejudice,
against humiliation,
against debasement
against emotional blinkers.


Inmost WARs in our souls!

For a true 360 degree perspective
showing us the GRAND PICTURE,
the prosperous landscape of… Continue

"Heart of a Woman"

What supernatural beauty lies in the Heart of a Woman..
With eyes that smile so alluring enticing and so truly
beguiling..Each is a beautiful flower with differences so
subtle varied and quite bold..As she sits near the stained
glass window of Her understated Grace..Which allows
both light and darkness to enter into her warmest ether
reaches..of her… Continue

Together, we will make laughter the language of the world!

We will plant seeds of coexistence and have the trees shout their voices out, the grass whisper them all around the world, making it a place where people are proud of who they are and what they want to become. A place where every man, woman and child can safely express their feelings, emotions and beliefs, A place were everyone accepts and respects one another no matter the differences. A place where everyone gets an equal chance to be who they really are.

We will pour hope into… Continue

1. glad Obama is our president; it feels good to be an American
2. grateful to have a job/good boss in this difficult economy
3. love spending time with my three grandchildren, children, family & friends
4. treasure friends I have known for 30+ years & friends who I have know only for a short time
5. priorities are peace within & creating peace around the world
6. my volunteer experiences are important to me– Peace Corps, Returned Peace Corps Volunteer… Continue

1. Algebra escapes me. I just don’t get it.
2. Ever the rebel, I could not pass up a college course called unlearning education.
3. People love my queen of Sheba chocolate cake.
4. My first poem was published in Seventeen magazine.
5. In high school, I wanted to be an architect, but the math scared me.
6. My dad was into tinkering with antiques and we used to ride High Wheeled bikes around the neighborhood in the late 1960‘s. The family highwheelers have been a parade… Continue