"There is something beautiful about all scars of whatever nature. A scar means the hurt is over, the wound is closed and healed, done with."
~ Harry Crews

"Healing may not be so much about getting better, as about letting go of everything that isn't you
- all of the expectations, all of the beliefs - and becoming who you are."
~ Rachel Naomi Remen

Through the process of expanding the Curative…
Continue

The Time Is Now!

I think I have finally figured out what I was put on this planet for. I think it is time to start an environmental revolution! Everyone that reads this should give it some serious thought. The way that we live our lives is killing the earth, and along with that, killing ourselves and the other animals that live here. Humans were not put on this Earth to earn profits, we are here as caretakers of this beautiful place. Why are so many people apposing to being environmentally friendly? Some… Continue

" Seduce my mind and you can have my body, Find my soul and I'm yours forever "

This is such a fantastic ESSENCE show I created last week - dedicated to eagle men and changing women... I got inspired by reading the legend of the eagle and how once in their life they have to retreat and pluck alllllll their feathers out to make themselves lighter and even have to break their beak... so that they can grow a new one... and go deeply into that alone space. Yes, that was 2008 for Ms. Johnstad.

Then I met an eagle and he showed me a… Continue

In yoga and meditation, the heart can be visualized as a lotus flower unfolding at the center of the chest. Like a lotus that contracts and opens according to the light, our spiritual heart can be awakened through various yoga practices from asana practice to pranayama, chanting, and meditation.
The following meditation focuses the awareness on the seat of one's lotus heart. For some, this will be a very natural sanctum to rest the awareness. Others may observe that the restless nature of… Continue

Inner peace and outer peace.
Thanks to the research of Dr. Grant McFetridge of the Institute for the Study of peakstates, it is now understood how we lose our Inner peace peakstate before birth through trauma specific developmental events. These traumas cn be healed and a person regains a state of peace. In this state the emotions of old traumas do not interfere in the experience in the present, allowing a person to be calm and focused on the task at hand. also the emotions of… Continue 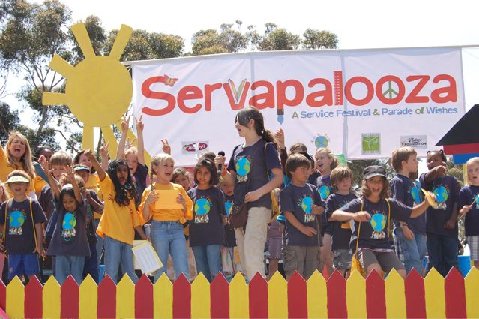 If you havn't seen this video, a talk by Marianne Williamson, then I suggest you set the time (½ an hour) to give it a look. I just might be what you're thinking... Peace - Bri

prayer of the heart

Life is amazing, experience it!

Through the last few months of my life I have learned so much. I guess you could use the widely used term that I have “awakened” or in other terms I have begun to remember what life is, what it is about and that everything is life is about the experience and what an amazing experience it has been.

As some of you may know from my previous writings life wasn’t easy for Shayne. I have been through many tribulations and through these tribulations have come my greatest triumphs. The… Continue

Beloved masters, the ascension process is initiated when you become aware that you are out of harmony with your God-self and our Mother / Father God, which leads to a desire to make life changes. Thus, a Divine discontent ignites within as you seek your own highest truth, and the desire to transmute and… Continue

God Bless All of You!

Greetings to all the members of ipeace. I am so glad to be a part of this now. I'd especially like to give a big shout out to the folks in the UK and Ireland. It is my dream to go there soon.

Just My Dog
She's just my dog.
She is my other eyes that can see above the clouds;
My other ears that hear above the winds.
She is the part of me that can reach out into the seas.
She has told me a thousand times over that I am her reason for being.
By the way she rests against my leg.
By the way she thumps her tail at my smallest smile.
By the way she shows her hurt when I leave without taking her.
When I am wrong, she is delighted to… Continue

We Have a Choice

Even if you cannot control what happens to you, you are ultimately in charge of how you choose to respond. ~ Unknown

This is so simple yet true. We may not be in control of what happens to us and the world around us, but we definitely have the ability to choose how we respond. I know for me this is not always easy to remember (I'm a stubborn Aquarian after all ;). Yet, I am beginning to see that as I allow what comes to come and I choose to respond in peaceful, joyful and… Continue