a false self and a real self

The Future of Philanthropy

As the world grows smaller, our common humanity shall reveal itself; and we must play its role in ushering in a new era of peace. For the world has changed, and we must change with it. ~President Barack Obama

If you haven’t seen the TED video with Katherine Fulton on Philanthropy (http://bit.ly/CnGH3), I highly recommend you see it! She talks eloquently and inspiringly on the democratization of philanthropy and how it is changing from a field of the few to one of the many.… Continue

Evading the Rule of Law

The failure to extradite Agim Ceku, the former prime minister of Kosovo, represents a further blow to international law and good neighbourly relations in the Western Balkans.

The refusal of the Bulgarian authorities to extradite Kosovo's former prime minister, Agim Çeku, to Serbia, against the recommendations of Amnesty International and despite both… Continue

The Music Of Poligraf : Leaving The Ashram part 1 & 2

(Detail from a Postcard, Unknown Artist)

“Leaving The Ashram” is the third chapter of "Entering The Stream," a trilogy describing an episode of intense introspection that will most likely open our second album.

An instrumental suite in four movements (Meditative Walk, Running The Last Stretch, The Tabla Master’s Enigma, and The…

When the great gods divided the Cosmos between them, Poseidon the Lord of the Ocean took possession of a chain of islands stretching from Spain to central America. The largest of these islands was as big as the whole of Asia Minor.
When Poseidon inspected his new domain he found the islands to be more beautiful than anywhere else in the world. Every leaf on every tree glistened as brilliantly as an emerald, and the rolling pasturelands were as sleek and green as the waves of a summer sea.… Continue

God is My Partner

On this level, you don't grab. You can't possess, and you can't hold on to anything. If you try to possess, you lose. You can't even possess your own body.

We shut down God by moving into the world, professing God's greatness out there. And we've lost track that God is inside us in the greatness.


From The Tao of Spirit by John-Roger, DSS

Our skills are endless, in our hour of need help us to become All that we can Become as we will serve Thee with our last breath. Lead the Way back to Sophia's bosom. We march towards our reunion with your Oneness as your luminous breath takes many a burden off our shoulders, and the very thought of you wings our boots. The narrow Path is beginning to resurface and we acknowledge the Lantern of the Calling in our Hearts, for we long our Home close to Thee!

Ring the bells, so that… Continue

How can we make a real contribution to the peace process?

It is hard to sit back and watch the Israeli Palestinian conflict go on and feel like there is no real way to make a positive contribution towards peace. There are many way to get involved, whether it is becoming an activist, forming a dialogue group or researching ideas for peace.

One area which we tend to forget about is the economic component to the conflict. The poverty and widespread unemployment in the region exacerbates an already contentious issue. Understanding that economic… Continue

UNDERSTANDING THE TIMES
"There shall be wars, and rumors of wars. Nations shall rise againt
nations and kingdoms against kingdoms" These are the words of Jesus in the Bible.
We are living in this time as in the Bible. There are wars here and there and rumors of war,
There are nuclear weapon tests and threats. It is the sound of boomu-boomu (bombs and guns)
that we hear everywhere. Truely my friends, we are in the end time. Those who know the Bible know
the signs of… Continue

Thanks for showing sensitivity about the death of my dog Stella

Thanks to who wrote to me about my dog.It really is lovely to hear from you, I really appreciate it. I will tell the family about you tonight and I know it will make them feel better too.
It is a very busy period, I have a show on, and good things are happening, great things!
But, I am missing my little companion a lot. I guess it is good that I am so busy, it helps.
love to my friends
Stephanie

In our day to day lives, where we do the ordinary things such as eat, sleep, work, play, have children, pay our bills and get through life we are not accustomed to looking beyond the person we see in the mirror every morning and thinking of ourselves as anything but ordinary.

We are humans, physical bodies existing on and interacting with the earth and yet we are so much more. A higher truth is beginning to dawn upon humanity, that there is… Continue

THE URSA FREEDOM PROJECT BENEFIT FOR THE BEARS CONCERT SERIES KICK OFF EVENTS..!!..

Hey everybody......we're happy to announce that the first ever Benefit For The Bears Concert Series went off with out too many hitches in San Francisco, California, (USA) Savannah, Georgia (USA), and Wagga Wagga Australia on June 20th...!!!...

This is a planned ongoing series if events, shows, and concerts designed to bring the worlds awareness and attention the the plight of these endangered Bears who have only eleven left in the wild.....all the rest are in crush cages being held… Continue

Peace and Love: The Foundation by Rene Wadlow

It is relatively easy to describe a non-peaceful situation: It is a situation in which human beings are damaging each other’s potential for fulfilment and development in any number of ways: not merely by killing and maiming, but by oppressing, exploiting, manipulating, cheating, making excessive demands on others, corrupting, enslaving, humiliating, deriding, frightening, or deceiving. These are all forms of violence, of violating a… Continue

Our Human Needs and the Audacity of Hope in Astrology 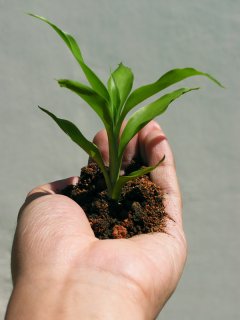 There are several very basic human needs we all share. The need for safety, love, contribution and hope are the first ones which come to my mind.
Of course we need to be safe in this world before we can turn to other areas in our life. Our survival drive is instinctive and very powerful.

Our eternal search for love: receiving and giving it to somebody special, this unique human ability to bond and connect to others is feeding… Continue


Rightous Brothers Rock and Roll Heaven, They Have Got a Hell of a Band
https://www.youtube.com/watch?v=OSi6WigyUxU

Side Note, AS I, Mother God Was Typing this Message, Michael Was Looking over My Shoulder in So Much Joy! Tears Ran Down My Face of How Beautiful His Energy Was, and I Thanked Him for Being Here With US, as WE shared With All of… Continue

The Quality of Murky

For the first time, I'm actually quite afraid at having Barack Obama occupying the office of President of the United States. I hate to say it, but McCain was right - Obama doesn't have the experience needed for the job under the present circumstances.

At some not too distant point, this man is going to have to stand alone, break away from the chains of all his controllers and sycophants, agonize as he has never done before, and make a decision which will have incalculable… Continue