As I read some of our members stories, my heart is saddened. Many of us are in hard places to be in right now. I wish to remind you that we attract to our reality everything we focus upon. If we are thinking of fighting the war, any war, we perpetuate that war. When we focus on trying to find a solution to a problem, we keep on TRYING TO FIND THAT SOLUTION. Remember the Universal Law of Attraction, Think and Feel Peace, imagine it, visualize it, feel it. The longer you can hold on to those… Continue

ku•fi•yeh [kuh-fee-uh] Noun. Arab headdress made from a diagonally folded square of cloth with a checkered pattern.

The Kufiyeh Project seeks to…

"You create your own reality" and "You are what you think you are." At first I thought this was great and very simple - all I have to do is think in a particular way and I will be/have all the things I ever wished for. However, there are certain universal laws at work. It didn't take long to find out that, although these universal laws work, it is not so much what we do but more about how we are being that makes the… Continue

OM Age to the SUN on a very HOLY SUN DAY


Every time you catch me with your love, when I jump into the next level.

I love you, we are ONE SUN.

Reality is a perspective and life is truly perfect. The contrast between what is real and unreal is in the direction of energy. Energy that flows in corresponding appreciation with its creation increases in strength and potency. When energy flows in misdirection or opposite with the flow it decreases in potency and becomes dark and stagnant. The dark ones are traveling in the wrong direction and are being shown the… Continue

This Could Warm up a Snowperson!!!

Some of the most beautiful and sensual dancing I have seen it quite some time. Plus it is good for all!!! Even those with a weak heart!!! LOL…

How to Be Positive

How to Be Positive
by Remez Sasson

People often wonder how to be positive in their thoughts and actions, especially when they are unhappy and unsatisfied, or when life is difficult and tough. They even find it hard to be positive when things go well. Most of them don't know how to be positive and what they need to do. Like every other subject, the know-how of how to be positive can be learned and the skill developed. It is all a matter of attitude and thinking, both of which can… Continue

Share your love, vulnerability, and sensitivity, and don't make the other person wrong. From that place, you can ask for any level of support in a relationship. John Roger A Moment of Peace

Share your love, vulnerability, and sensitivity, and don't make the other person wrong. From that place, you can ask for any level of support in a relationship.

A Moment of Peace Continue

http://www.jpost.com/servlet/Satellite?pagename=JPost/JPArticle/ShowFull&cid=1248277876219 It's 8 a.m. on a Sunday and Yehiya, four, and his father, Ahmad, are waiting in the shade outside the Bethlehem checkpoint for their ride to Shaare Zedek Medical Center in Jerusalem. They have been traveling for nearly two hours from their West Bank village of Beit Jala, a journey they make three times a week so that Yehiya, who has end-stage kidney disease,… Continue

Picture The Homeless and Allies Occupied a Vacant Lot and Builds a Tent City in East Harlem..As the foreclosure crisis festers, Bloomberg and the banks fail us. While the homeless population continues to escalate, landlords and the city continue to keep buildings empty. In fact, the total volume of potential apartments in vacant buildings and lots in Manhattan alone exceeds the number of homeless households in shelter and on the street… Continue

Jonathon Porritt, a world-saving hero of mine from the time he first came into the public eye, has had an eventful eclipse week: two near fatal cycling accidents, and a career change.

Born in 1950, this has been the year of his second Saturn Return, and Pluto is coming up to an opposition with his natal Uranus. But this particular week, as well as the eclipse, transiting Pluto has been exactly square to his North and South Nodes.

He’s a Cancerian Sun sign with a sensitive… Continue

Ashtar Last Message and Red Allert to Earth Humanity
July 19, 2009
Dear Eduardo:
The heaven is mad with the Earth’s tribes, my staff and the other offices are in continued activity.
We have to turn our eyes up to Heaven, This is very difficult times and the one coming is worse.
No even one leaf of the tree will move if it is not for the Will of the Father.
Communicate to your friends and students that what I just told you.
Read more and be more prudents. The… Continue

THANKS FOR YOUR BIRTHDAY WISHES! _/|\_

A Bear-Hug with Joy and deepest Gratitude to each One of You for your Tenderness and Friendship underlying your Happy Birthday wishes! [ July 24, 09 ]

From Hendrix to Joplin, the scenic, 60-acre Washita Hideaway, OK, will host
an array of… Continue

DAY OUT OF TIME

JOIN US IN HONORING
"THE DAY OUT OF TIME"

Celebrating "Peace Thru Culture" in over 90 countries around the globe!

Around the planet,
the Day Out Of Time is reserved for festival and community,
celebration of being alive and the experience of true timelessness.

"The Day out of Time" is always synchronized with July 25th.
Based on the galactic timing cycles… Continue

The Awakening - Part 1 - Divine Connections.
Full chapter available for download as one file from:…
Continue 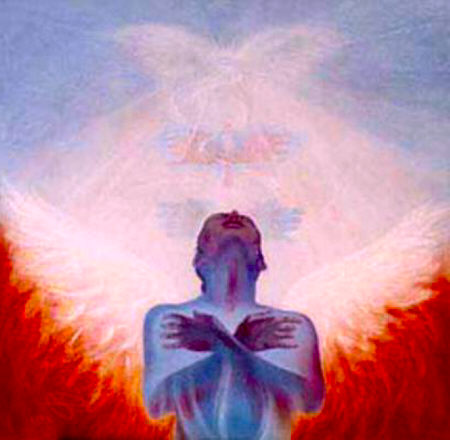