A Hallow - ing of those who have recently left us

Halloween, or "All Hallows Eve" and All Saints Day on November 1 is really a time to remember those who have gone before us. Today I am thankful and pay homage for the lives of some beautiful people in the public eye who have left us this year:

I am Thankful to Sir Edmund Hillary, for his courage to climb Mt Everest and his humanitarian work with the Sherpas.

I am thankful to Heath Ledger, who left us just as he was starting flight, for Brokeback… Continue

Hope it is ok to make my Blog political

I think that Barack Obama is the only Peace candidate. His position towards the war is the only exceptable one. I remember marching in protest to the Vietnam war, but am disappointed that young people haven't taken a more active role in this war in Iraq. From your Furry Freak Bro

From Roots to Leaves, Branches to Bark
The Goddess Tree Grows 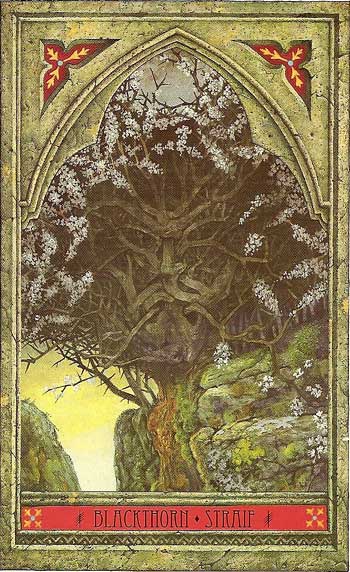 The Mother of the Wood
Samhain, Hallowe'en, All Souls; October 31 / November 1
Fourth of the Witches' Cross-Quarter Sabbats Don't Laugh: Can Saudi Arabia Become the "Mecca" of Green?

Even the title sounds a bit out there. What, the Middle East, the world’s largest producer of oil, becoming a center for green technology, and renewable energy? Sounds crazy, doesn’t it? And yet, the sheer incongruity of it all may just be enough to make it work. In a world of increasing uncertainty, sometimes it is the unexpected that is to be expected.

Look at the world, and what do you see? A lot of good things, that’s for sure. Beauty surrounds us wherever we choose to look. But… Continue

It is your peace
their peace, my peace
it is a cry, a shout
it is a whisper,
tangible
intangible
it is hoarse, cracked
like a mirror
it is a voice, it
is conscience
it is tears cascading
it is blood rehearsing
it is the tainted sword
maurauding, but

it is my peace
your peace our peace

it is bomb blasts taking
place again and again,
today eighteen in my country

it is the dove… Continue

One of my Favorite Quotes

"Holding on to anger is like holding on to a hot coal with the intent of throwing it at someone else; you are the one who gets burned."

So, you've had an epiphany or ten? Perhaps you sat with your yogi, your bible, your guru, your koran, your starseed, your torah, your zohar or chose to see a sign of some kind?

It doesn't matter how, but somehow you've figured out that you're part of the one. You may not even say it so profoundly yet but it matters not, because you're beginning to recognize that people are part of you, that they're the same as you, that they are your equals - and that the word "they" (referring to… Continue

Thursday, 30 October 2008, 6:14 p.m.
Dharamshala: A reliable source told the Tibetan Solidarity Committee that a Tibetan boy from Yulung town in Chentsa in Amdo, Tibet, left a note before killing himself to show to the world community that Tibetans are deprived of freedom and basic human rights.

Lhundrub, aged 17, studying in the intermediate school in Chentsa district committed suicide by jumping from the… Continue

It will be a sincere Talk???

Tibetan Envoys Leave for China
Phayul[Thursday, October 30, 2008 12:20]
New Delhi October 30 - The envoys of His Holiness the Dalai Lama, Kasur Lodi Gyaltsen Gyari and Kelsang Gyaltsen, left for the 8th round of talks with the representatives of the Chinese leadership. The delegation headed by Gyari also include three senior assistants.

A press release issued today did not give any details about the visit to Beijing. It said the Envoys will be in Beijing as a follow-up to… Continue

Two creative responses to violent conflict – a drama and a novel

Hear these messages of hope from two Jewish writers.
Dove by Sheila Yeger, professional playwright with more than 30 productions to her credit. You can listen to Dove by going to http://listeningindialogue.wordpress.com/dove-by-sheila-yeger/

Checkpoint by Lisa Saffron, facilitator of compassionate listening dialogue groups. More about the novel at… Continue

[StopTheDraft] Digest Number 1203
There are 9 messages in this issue.
Topics in this digest:

2. Palin is the choice that they gave me
From: maryzinkartist@aol.com

My brothers and sisters,
It is now a time for change, as it is looking as though Barack Obama will be the next president of the United States. The polls show that it is a 49.9 to 43.9% lead over John McCain, who intends to keep U.S. troops in Iraq, to continue fighting and to continue exacerbating the hate for the United States that is already felt throughout the world thanks to President George Bush. The war is expensive: our economy right now has been the worst since it has been since… Continue

Christmas is coming soon and at first I would like you all to invite me at my group "Peace for Christmas".
It's against poverty in this world and I need your suggestions which people we can help the most for Christmas this year..

Let's make Christmas 2008 a Christmas which will never be forgotten!

Take care and peace from Holland, 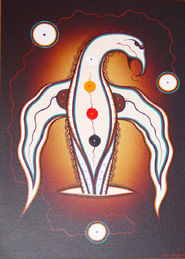 The number of Native American healing ceremonies vary among tribes.Some may prefer burning cedar for smudging basically applying sacred smoke for purification others may use White sage or mullein,pine sweet grass or other herb or plant.The Elder will use sacred objects that are not to be touched by others as they have been purified in (often arduous) ceremony. They may include, but not be limited to: Sacred Pipe (Chanunpa),… Continue