Can you feel the energy This is a time to set your intent and desires as you are entering a new cycle. Those that hold their focus steadfastly will be the ones who see the results of their manifestations. Others may feel threatened by your ability to get things done however do not feel despair as soon they will want to know your tricks as you inspire others by your…

love and the universe

love in the past, present and future, i fell universe can feel love too, the matter, the cells..

the atoms also feel love, i dont know how, but love makes everything better, by now i can tell in my case i need to be

feeling love while standing away from the physical body of my perfect couple,

while the energies in the planet changes and if the…

Now is the perfect time Be ready to give birth to new ideas and situations in your life. We are entering a new cycle and rebirth is indicated at this time. This can mean a new phase in a relationship, the germination of a fresh new idea or the development of qualities in you like laughter, light and hope. It can also mean a complete change it what is. Do not be afraid… Meditation is a perfect practice to start in the new year Just quiet your mind, feel your heart slow and be in a rhythm of your breath. Listen to your breath and let your thoughts leave your mind, you can pick them up later. Place them in a box in the corner just so you know where they are. Focus on your inhale and your exhale and how wonderful that feels as every… 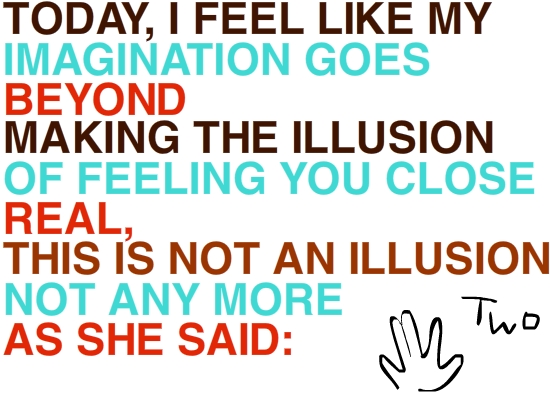 hello, i just want you to know that i am able to feel peace and love since i imagine i have abstract communication with some female, as i believe from many years ago, that a male matches a female, and one day ive found this female, i like her since then and everything goes perfect having her in my thoughts, she tells me of a new future for everyone and that we…

Terrace houses are usually understood as grand and lavish residential locations that trace their roots from Victoria or Edwardian era. These houses in the inner cities are brilliant in location, built and style. Terrace houses on sale are usually highly prices and hard to bargained. The reason is that these houses look phenomenal and grand. Since they are constructed the old way, they look enamouring and are built very sturdy with pillars, arcs, archetype etc. In modern day notation, terrace…

I made this from over 700 feathers that I was guided by angels to be found and then made by Christmas. The feathers included are from crow, pigeon, dove, sea gull, grackle, blue jay, Angel and 1 Red Shouldered Hawk. Being that I am a shaman, each feather represents so much from each special and divine feathered creature it came from.

With the help of my children last night, I was able to get on all the feathers we…

My Anniversary with my Twin Flame - December 21st

One year ago today during the Winter Soltice of 2010 - December 21st, I handfasted with my twin flame on my astral homeworld in the 5th dimension, where I also reside. There were many special people there. The ceremony was created and ministered by an old friend and it was beautiful, everything was made off the land of my homeworld where I am also their leader. Isis and Horus were the Lord and Lady of my handfasting ceremony. The…

Angel on the Threshold

A special message from the angels

We are very happy and honoured to be called upon to share in this way. To share our love, our support and our strength with you as you share yours with us to in different ways. We are always here and honoured beyond your human understandings and how we earn our 'wings' so to speak. So, thank you for asking. Thank you for inviting us…

Taking a 'Reading' of the Collective

Every year I like to observe what I call the "consciousness of the Collective" as I look at all the holiday ornaments and decorations in the stores. I pay attention to the colors and the styles, as well as talk to the clerks, asking them what they've sold the most of.

This year the word that came up over and over was "classic." The most purchased ornaments were round balls - red, gold and silver. I also noticed a proliferation of penguins and the color…

Humility does a successful persona make!

It is a long age old saga that people try and ostracize someone who is a little different or queer in his opinions. For queer and different opinions usually are dissimilar people in the society. They don’t get happily with the generic, usual people with a usual mindset. Similar such person in today in discussion named Sam Chanin aka Shmuel Chanin or more lovingly called Mule Shmuel Chanin.

People who are anomalies in a…

It is with great appreciation and reverence I thank you all for the gift of sharing this past transcendental year. I am deeply honoured, having been humbled with gratitude for the many of you Radiant Divine Souls gifting me with such profound deep lessons in sharing your experiences, hopes and dreams all the while being present with Divine Grace during this continuing magnificence of the ever present infinite now.…

Allow others to give you loving care

Make a commitment to yourself to take care of you. Deepen this relationship with the many yous. Your angel guidance is to explore all that is within you, that which is a part of you and the total you. All of the aspects that make you who you are. You came to this journey to grow and develop higher dimensional compassion. This…

It is time to release the past It is time to release old memories, ingrained habits and mental patterns which lower your energy and make things seem clouded or even dark at times. We are here helping you heal yourself, then guide others as they go through the same.

Know that you loved and supported. We lend your our courage to make life changes that…

Life is an adventure

Be ready for the unexpected and make the most of all the opportunities that are before you. If you are not sure where the next opportunity is, that is exactly what you are experiencing - more opportunities. Use positive affirmations each day to help open up the doorways of manifestation. Sometimes growth feels uncomfortable, however that is…