Peace worldwide, starts inside. ~ The Luminaries

The Book of the Dead

One of the best preserved copies of The Book of the Dead (known to the ancient Egyptians as prt m hrw 'Coming Forth by Day') comes from 'The Papyrus of Ani', written in 1240 BC. This The Papyrus of Ani version of the book is filled with beautiful pictures of Ani and his wife as they travel through the land of the dead, and to the Halls of Ma'ati and beyond.…
Continue 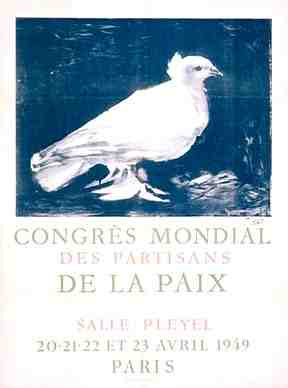 DOVES OF PEACE.
One of the most recognised symbols of peace is the dove.
Its origins are from the story of Noah and the Ark.
When the rains that flooded the earth stopped pouring
down, Noah sent out various birds to see if they would
bring back any sign of land to his boat.
He was anxious to begin life again on dry pasturage.
One dove eventually returned carrying an olive branch.

This weekend i received urgent news about innocent, unarmed people getting machine gunned in
the streets of Iran. That children were getting beaten & smashed to death by the boots of soldiers.

I was told the press has been kicked out of Iran and this info is being suppressed.

The person informing me was connected to the exiled crown prince of Iran, and was in
search of weapons for the resistance.

Has anyone else heard about this -
and does… Continue

LET YOUR SELF GO .

Warm all year. Hottest June-September. Negligible rainfall, except on the coast. In April the hot, dusty Khamsin wind blows from the Sahara.

The Islamic calendar is central to Egyptian life. Ramadan, the month of fasting, is an especially significant time.

THE ART OF MASTERING STRESS

Unfortunately, as stress accumulates our own health and fitness goals are often sidelined. We again place what we desire and want for ourselves back on the shelf, because our lives become over stimulated with other obligations. Beating stress is a difficult task, but we have the power and control to survive the holidays and the end of the year frenzy by making just a few changes in our own habits and ways of thinking.

Stress is defined as anything that stimulates you and increases… Continue

A modest proposal--Where are the women?

A modest proposal: “Where are the women?”

Secretary of State Hillary Clinton has called for a major international effort to improve the life of women and girls everywhere, focusing on education, health, economic opportunity, the elimination of sexual violence, and giving women and girls a voice.

Violence against women and girls has been long ignored by male historians, theologians, educators, the press, and political… Continue

The builder of the mosque is the Amir… Continue to David Califa & All Members of iPEACE,

have waited a while before presenting myself; wanted to take in the atmosphere on iPeace. It was a surprise, to land on these pages right in the middle of a fiery discussion on President Obama's Nobel Award.
Pro's and contra's battled passionately, it was… Continue

ON THE ROAD WITH FIERCE LIGHT

Well it's been an exciting year of travelling around the world, helping Fierce Light shine. The responses have been so tremendous, and moving. Every audience is different, but again and again people are deeply moved by the film. Last weekend I was in Charleston, at the Sophia Institute. On Friday night the packed screening at the American Theater offered up a standing ovation. The next day, the SHINE YOUR FIERCE LIGHT workshop was charged with energy and compassion. The insitute has been host… Continue

ALBERTO CALL HELP FOR VICENZA, CITY OF PALLADIO: new huge military Base 1.5 kms away from the throbbing heart of the UNESCO town

APPEAL FOR A FINAL PROCEDURE TO UNESCO

Dear Friend of Vicenza and Peace, loving citizen of the world,

There is one more chance left to stop the construction of the new Dal Molin military Base, 1.5 kms away from the throbbing heart of a town belonging to UNESCO Heritage Sites.
The way of International Right.
This chance, which we have… Continue

15,000 Stories needs international writers to exist.....nobody wants to just hear MY stories do they? NOTE - Oct 2, 2009
The story group has gone through changes. They say that changes are positive. The best change I can imagine is that YOU write a story on the group! Why? Read below and then decide if you feel my initial reason for starting this group is valid.....I think you just may see that it is. Hope so!

Click on some of the previous pages at the bottom of the 15,000 Stories page. It will be worth the click! The… Continue

"INSPIRING! HEREIN LIES THE KEY TO HUMANKIND'S ULTIMATE SURVIVAL, AND WHAT COULD POSSIBLY BE MORE IMPORTANT?" ~ Seattle Times

"AN INVOCATION, A PROVOCATION AND A BENEDICTION." - Seattle… Continue

CHALK4PEACE 2009 On a pavement near YOU this September! 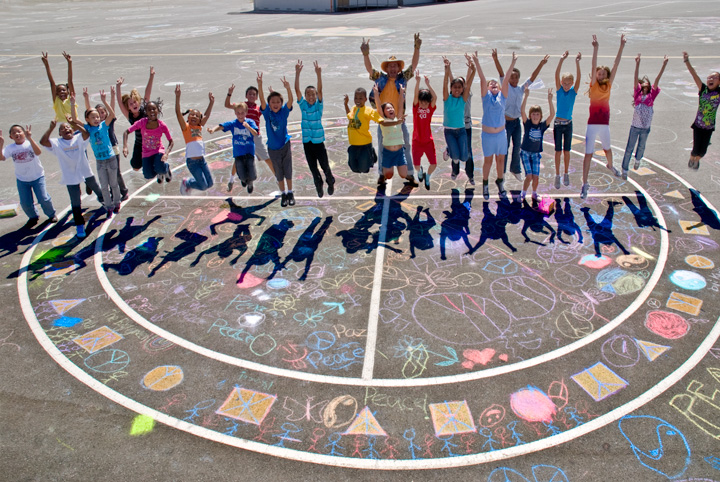 CHALK4PEACE is the global chalk art event/movement that is happening
in more than 400 locations on five continents...some 50+ sites worldwide will
chalking it up this weekend alone 19-21/09...please visit http://chalk4peace.blogspot.com
to find the CHALK4PEACE event nearest to you...
Join us... draw your own conclusions...

Living Peace of Ojai Festival Opens the Doors to Peace in the Valley...

The Living Peace of Ojai held its amazing festival celebrating the International Day of Peace today and more than 500 people attended the event in Libbey Park where they made masks of All Creatures, worked with Flutes Across the World, experienced the practice of Council & the Tent of Reconciliation with a variety of world music, a reading of the Lorax, & dance. CHALK4PEACE covered the fountain plaza. It was a magnificent program and LivingPeaceofOjai.org is to be congratulated for… Continue