A research done in England found that a baby smiles 400 times a day, an adolescent 17 times and an adult doesn’t smile at all! The more successful one keeps a very stiff face. Is roughness a sign of success? Is being stressed a sign of prosperity, growth or dignity?

You should smile more. Every day, every morning, look at the mirror and give a good smile to yourself. You know what happens when you smile? All the muscles in your face get relaxed. The nerves in your brain get… Continue

A research done in England found that a baby smiles 400 times a day, an adolescent 17 times and an adult doesn’t smile at all! The more successful one keeps a very stiff face. Is roughness a sign of success? Is being stressed a sign of prosperity, growth or dignity?

You should smile more. Every day, every morning, look at the mirror and give a good smile to yourself. You know what happens when you smile? All the muscles in your face get relaxed. The nerves in your brain get… Continue


"Why are you crying?" he asked his mom.

"Because I'm a mother," she told him.

"I don't understand," he said. His mom just hugged him and said, "You never will!" Later the little boy asked his father why Mother seemed to cry for no reason.

"All mothers cry for no reason," was all his dad could say.

The little boy grew up and became a man, still wondering why mothers cry. So he finally put in a call to God and when… Continue

The big rocks of life

The Big Rocks of Life


One day, an expert in time management was speaking to a group of business students and, to drive home a point, used an illustration those students will never forget. As he stood in front of the group of high-powered overachievers he said, "Okay, time for a quiz?", and he pulled out a one-gallon, wide-mouth Mason jar and set it on the table in front of him.

He also produced about a dozen fist-sized rocks and carefully placed them, one at a time,… Continue

Answers to Life's Questions
Why doesn't God answer my prayers sooner?
If God hears our requests and loves us so much that He sent His own Son, Jesus Christ, to die for us, then why does it appear to take Him so long to respond to some of our most urgent requests? Carefully consider the following ten reasons. The delay may be caused by:
1. Our disobedience
Our sin can… Continue

Ekta Bathija sent a message to the members of ART OF LIVING - Daily sutras and Knowledge sheets!

The craving for sense objects is bondage. Their existence seems to have given you a little pleasure, so it binds you. Now you crave for it, and it gives you more and more pain.

Subject: {Daily Sutra} Subject: Come Back to the Source

"Bring the mind, which is all over the place, back to its source."

Weight your words before you speak them out.they are pearls of your life..Don't throw them;don't lose them for nothing

SRI SRI: Thinking about other's mistake,you get into another form of feverishness.it destroys the peace in you,it clouds the love in you.

SRI SRI: Thinking about other's mistake,you get into another form of feverishness.it destroys the peace in you,it clouds the love in you.

A box of kisses

One day, a man punished his 3-year-old daughter for wasting a roll of gold wrapping paper. Money was tight and he became infuriated when the child tried to decorate a box to put under the Christmas tree.
Nevertheless, the little girl brought the gift to her father the next morning and said, “This is for you, Daddy.” He was embarrassed by his earlier overreaction, but his anger flared again when he found the box was empty.
He yelled at her, “Don’t you know that when you give someone a… Continue

2. When in doubt, just take the next small step.

3. Life is too short to waste time hating anyone.

4. Don't take yourself so seriously. No one else does.

5. Pay off your credit cards every month.

6. You don't have to win every argument. Agree to disagree.

7. Cry with someone. It's more healing than crying alone.

A man came out of his home to admire his new truck.

To his puzzlement, his three-year-old son was happily hammering dents
into the shiny paint of the truck.

The man ran to his son, knocked him away, hammered the little boy's
hands into pulp as punishment.

When the father calmed down, he rushed his son to the hospital.
Although the doctor tried desperately to save the crushed bones, he
finally had to amputate the fingers from both the boy's… Continue

Once an unhappy young man came to an old master and told he was very sad and asked for a solution.

I wish to share this story to any of my reader.

An elderly chinese woman had two large pots, each hung on the end of a pole, which she carried across her neck. One of the pots had a crack in it, while the other pot was a perfect and always delivered a full portion of water. At the end of long walk from the stream to the house, the cracked pot arrived only half full.

For a full two years this went on daily, with the woman bringing home only one and a half pots of water. Of… Continue

our choices and decisions effect our life

Brian Tracy calls it "the greatest principle in the history of
mankind."

"The Law of Cause and Effect says that everything happens for a
reason. For every effect in your life, there is a cause, or series
of specific, measurable, definable, identifiable causes.

"This law says that if there is anything you want in life, an
effect that you desire, you can find someone else that has achieved
the same result or effect, and that by doing the same things… Continue

who will share fruits of our Sins-a short story


Hare Krishna Prabhujis and Mathajis, Please accept my humble pranams. All glories to Srila Prabhupada and Srila Gurudeva. Once there lived a hunter called a called Ratnakara, who used to loot and harm the people passing through the jungle. The merciful sage, Sri Narada Muni met him and asked him why he was comitting… Continue

"In the world you shall have tribulation:
but be of good cheer; I have overcome the world.
John 16:33 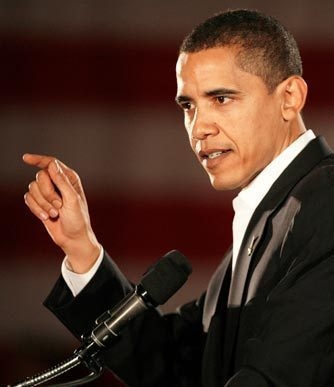