MY WORK ON EARTH

My life is OK these days and I feel nourished.

I wodner how can I help others and the Earth itself.

Osho is a master I love.

My idea is that I have to noursish myself in the terms of sharing goodness, truth and beauty to OTHERS.

DADDY, how are you now? WALDEMIRO LEMKE and his music

Daddy, how is it?

I love my dad.

My name is TAZA and I want to introduce the magical music from a nice man. One wise these NING episodes are a crisis which can really bring good news to all of us, free users of NING.

I was not directly communicaterd ANYTHING from NING directory, but I feel a bit sad with their decision, and the lettar of the young Jason Rosenthal, NING one of the directors.

Actually, I am HORRIFIED.

I wrote them a letter few moments ago, so sad I am, but so hopeful also.

perhaps it is right what Osho states:

every moment of crisis is alsov ery…

You certainly are a trail blazer Taza....GOOD ON YA!
Question:: I am on to many to count ning sites and many of them either are closing or looking for another way to keep going. So there is confussion in most messages on many a site. Could I refer them ((the multitude of heartfelt beings of Light from all over)) to go onto your new Bing site? --or-- is this just for those from iPeace.?

NO NEED FOR PANIC

We are all friends in a way.

My name is swami anand TAZA, I love Osho and NING and all my beautiful friends and fellow travellers.
For this reason I have opened with urgency, a google group to whomever wants to simply CONTINUE relating with other NING fellows.

As far as I have heard rumours, maybe we will not be able for free to continue relating.

I ain't a depressive person, not at all. I love Stephanie, Bill, Ilona and many people here, Imelda...…

My TV program will be offered to the memory of Mr. President of Poland.

modestly and humbly to the memory of Mr. President of Poland, the Polish President. 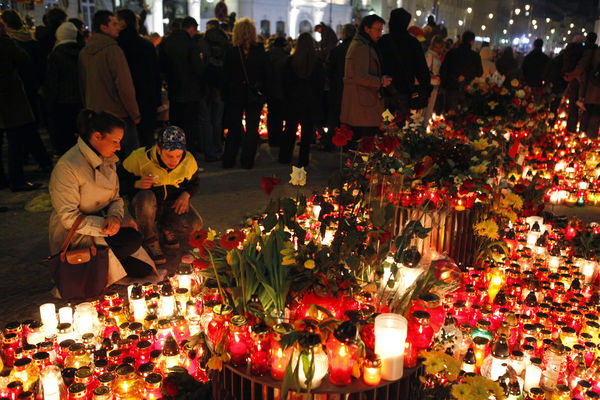 THIS HERE IS A SAMBA-ROCK. I RECORDED FOR A FRINED AND FOR FACEBOOK.

IT IS CALLED GREEN - VERDE. yesterday I showed you the English version.

AND THIS HERE IS A SONG THAT REMEMBERS ME OF

MILTON NASCIMENTO, A LOVELY BLACK SINGER FROM BRAZIL, THAT i LOVE. I MADE IT.

I want to introduce you to... GREEN - a song made to FAcebook, Sharna and EDI

ir was made with heart for the Green campaign from FACEBOOK.

GREEN IS THE COLOUR THE FLOWER

GREEN IS TO NOURISH THE EARTH

GREEN IS THE LIFE CLOROPHYLA

GIVES US THE OXIGEN LIFE

I am very happy to share a new video here in iPeace's videos and here also.

Please sing along or shake your muscles... please.

This video was made out of my contact with PEACE, a loving woman…

THERE WAS A TREMENDOUS TERRORIST ATTACK IN MY RESTAURANT FAVORITE, NEARBY THE ashram in Poona.

The restaurant is called German Bakery and a bomb exploded.

9 people were killed and more than 30 are damaged severely.

They say the ashram was also advised of possible troubles as I understood.

As you know, the word ASHRAM…

HOW TO RELATE WITH LIFE?

I am an OSHO sannyasin, I love the master which is mine, and he died of poisoning, actually he left the body but he is here, totaly alive. I have never seen him in from of me, live. I had no money to go to Poona, India. Only one year after his departure from the body...
He says a lot of thing... 650 books, if not more, and many translated in many many languages. I love him and His Vision of life.
But he wants me NOT to be a parrot repeating words, his words or anybodyzs… Continue

Where could I edit it ALL???

It is amazing.
Eva, it is amazing.
Where to place everything I get unto my precious mind now.
A Cosmic mind is all what is needed to make good things.
Where to post everything?
I was speaking to Julia Danilenko about cell memory.
Now imagine I will be in love with you and we hug and kiss each other in our mouths.
There is a lot of informations transmited chemically.I am just saying it, i don't even know you, why to say it.
But imagine Rita Withers (is the… Continue