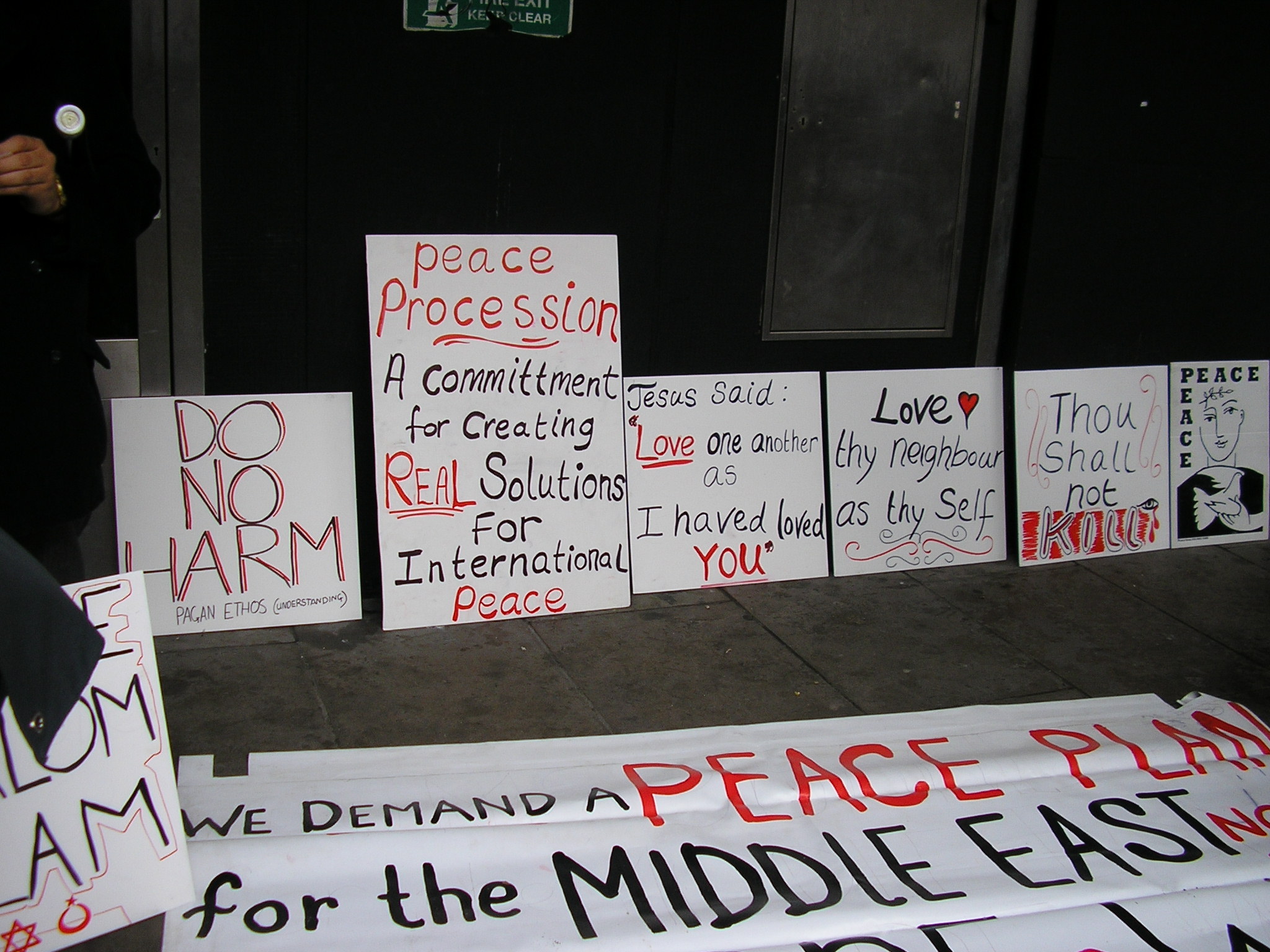 Parviz Jahed is an Iranian Radio reporter with Radio Zamaneh and this was his translated blog for 5th October 2008
On one gloomy and cheerlessly wet autumn Sunday afternoon, on which it would be considered too much effort to go out. There are a few people who are concerned about the world and whose hearts pull for peace and humanity, arranged to gather in front of West Minster Abby to struggle for peace and to save the world from the evil of war.
The organiser of this meeting, a brave woman and great campaigner, Holly Maria, has chanted and protested against war, specifically the invasion of Iraq and Afghanistan for years and prays for peace.
Maria is a devoted Christian but not a fanatic one. She has a good relationship with all of the peace campaigners of many faiths and ethnicities.
She is a good friend of Iraqi, Afghan and Palestinian children and a great enemy of nuclear, atomic or napalm arsenary.
Maria is one of Brian Haw's most stalwart supporters and was with Brian at his site in Parliament Square.
She was arrested by police several times but she never gets exhausted.
And she is not alone in her campaign. Contrary to assumption there are still free souls and responsible intellectuals among Westerners. Those who prefer to come out from their homes in this rainy boring Sunday to attend a peace march instead of staying at home, drinking a beer and watching their soap.
I joined them at Westminster Abby and prayed with them for world peace. Then we moved toward To Parliament Square and signed a petition to stop the intention of war to submit to No 10, Downing Street.
It’s keep raining and people walking around and look at a few crazy people with curiosity. A few Passing cars shouting ‘Hippies’ at us.

Among the attendants you can see Jews, Muslims, Christians, atheists, people from Africa, Palestine and other minorities.

Michael Culver, The English actor, best known for his role as Major Erwin Brandt in the 1970s BBC drama Secret Army, was also among those to attend… Culver is also well remembered by fans of the Star Wars film saga for playing Captain Needa in The Empire Strikes Back.
He is a serious opponent of Tony Blair and his Policies towards war in Iraq and the rest of the Middle East. He was sporting a T-Shirt with a slogan on it: Karadzic now, Blair when. And he believes that Blair should be taken to court as a war criminal.

I also saw David Gould among the peace supporters. David is a poet and the step-father of Helen, one of the victims of the tragic 7/7 London underground suicide bombing.
David said that he has no hated of Islam and Muslims, despite his lovely daughter being killed by people claiming to have done this in the name of Islam. He writes poems about peace, love, brotherhood and forgiveness. He invites people of different faiths who believe in God to be united. He conveys dislike of war-makers, terrorism, evil-doing and violence in his poems.

That Sunday was a great day and I will remember it in the pictures that I took of it.

Comment by Angela Kigozi on December 13, 2008 at 1:17pm
Beautiful blog,quit inspiring,just loved looking at it!i got really inspired.Thank u 4 the wonderful message on peace.

Comment by David Gould on October 12, 2008 at 8:21pm
A Christian, Arab and Jew embrace
in front of Parliament square.
we show the mother of Democracy
just how life really should be. 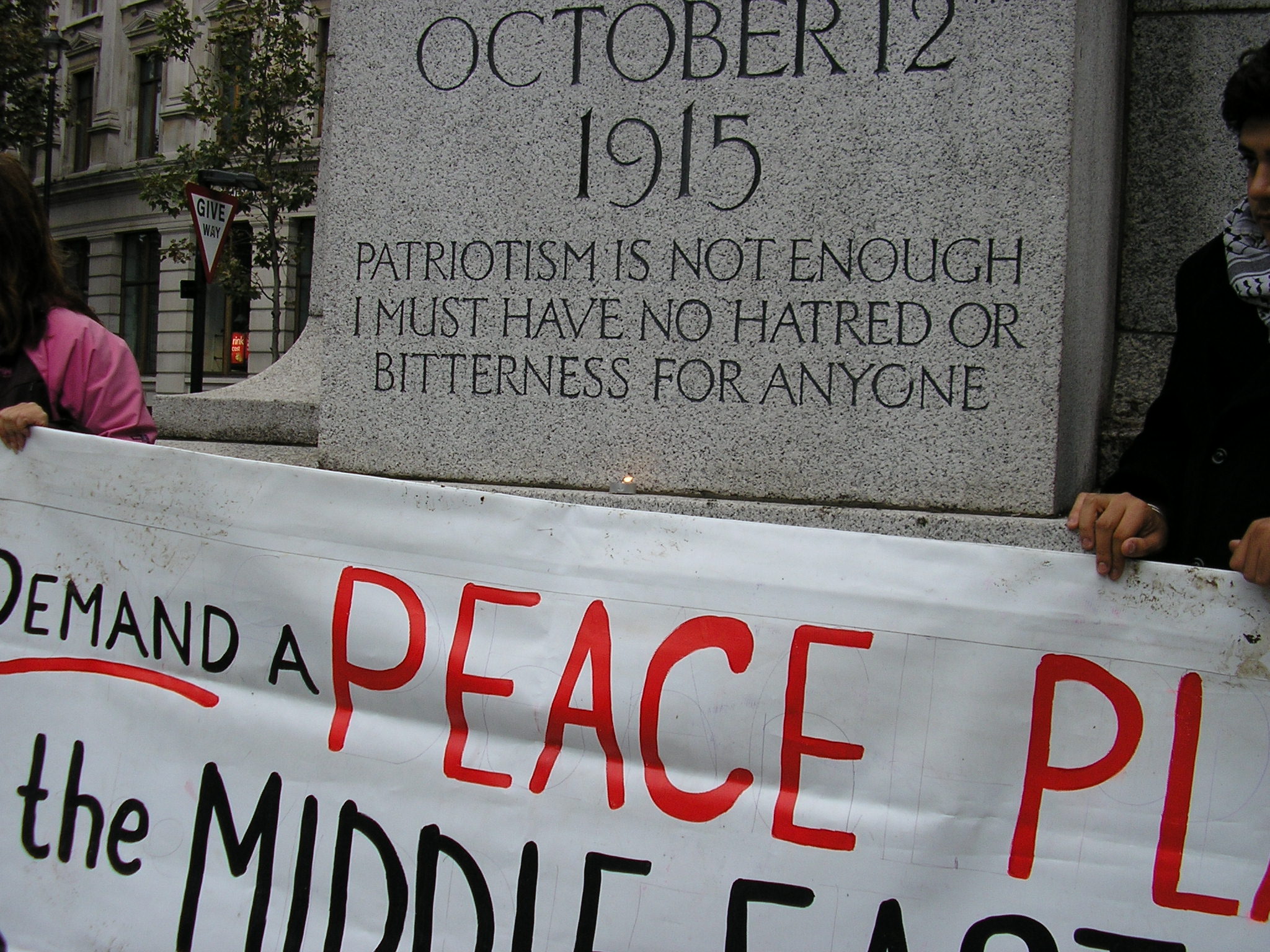 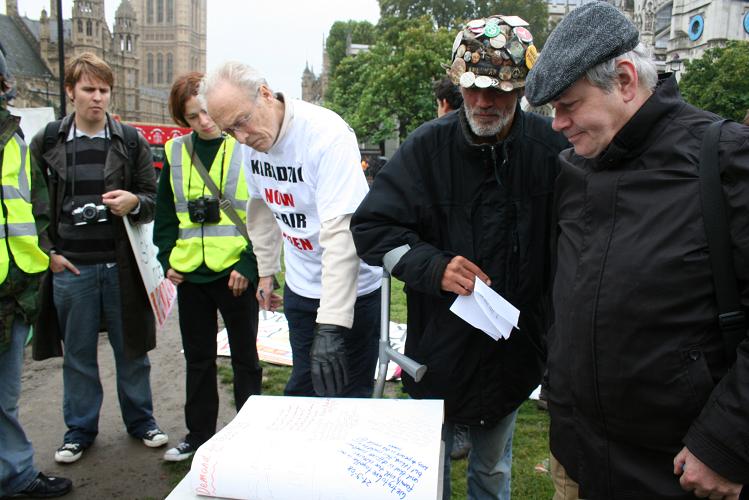 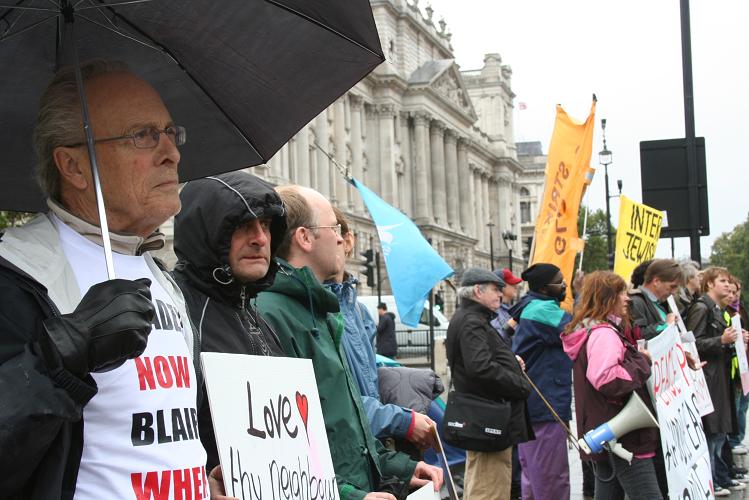