A Fear of Death I went skydiving for the first time in tandem and the parachute did not open properly. We jumped from over 2 miles up in the sky out of a small aircraft and at about 3,000 feet the instructor cut the chute loose.  I asked him what was going on and he didn't answer me.  I could see the ground coming at me fast.  When I jumped out of the airplane, I knew to expect a feeling of free fall, but I did not expect to have that feeling twice.  It was as if I had been pushed down an elevator shaft.  I kept asking the instructor what was going on and still there was no answer.

Then I felt this tremendous tug at my rib cage as the free fall slowed down.  The instructor had dispatched the emergency parachute. All of the little squares down on the Earth below had become one big square and I was able to make out details in the desert landscape, such as plants and cars moving on the highway. As my feet touched the ground and I walked away uninjured, I remembered the feeling I had experienced, just moments earlier, that I could die, and I was oddly at peace with it. 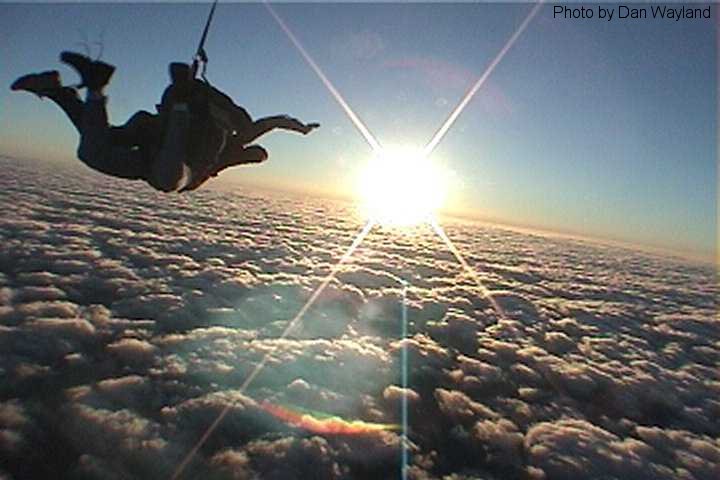 My second near death incident occurred only a few months later. I was driving on the Hollywood Freeway. I sped up to about 75 miles per hour to get into the fast lane. My speed was in sync with the flow of traffic. The car in front of me changed lanes quickly and it only took about a second for me to see why. There was a matching reclining chair and love seat sitting in the middle of the road.  Matching - as if somebody's living room was already set up in lane 4.

My first instinct was to turn hard to the right and this did allow me to avoid hitting the living room set but it also caused my car to swerve - badly. In an attempt to correct my over-steering I turned again hard to the left and before I knew it I seemed to be going backwards, staring at a bunch of speeding cars, all braking hard to avoid hitting me. There was an odd sense of calm as I moved the steering wheel left and right while pumping on the breaks. My car spun around in circles.  I remember it like it was happening in slow motion. I saw the center divider coming right at me and then the green Iceplant that lined the side of the freeway, then braking cars. There was a deep sense of calm in the middle of the chaos. I knew that it could all be over and yet I was at peace. The road in front of me straightened out, and without ever coming to a complete stop I was back in my lane and moving forward - as if it never happened.

When I took the next exit and stopped at the nearest parking lot to get out of the car, my hands were shaking. And it was only then that I really took in the reality that I could have died.  I stood there in that parking lot, profoundly aware that life was a gift.

The parachuting incident and the spinning out on the freeway both caused me to have repeating dreams where I was about to die. And I would wake up, heart racing, adrenaline pumping, sweating with a sick feeling in my stomach feeling so grateful to be alive.  Looking back at it now, I can clearly see that it was the body that was experiencing fear and panic - that I was just fine.  But I did not know that then.

Since that time I have grown increasingly aware that this life is a mystery and could end before one is "ready". That it will end is a fact that we have all collectively agreed to ignore, but that it could end suddenly is something I have never forgotten.

And I look at all of the attempts the human race has made to rationalize death. All of the stories we have made up about God's only son appearing in a shepherds outfit with a California surfer haircut and a beard, perhaps holding a lamb, light beaming out of him on all sides as he welcomes us to a place where we are rewarded for believing a certain religious passage from a specific book.  I don't say this mockingly.  I understand that when confronted with physical death, the mind becomes desperate and often times will believe anything that provides comfort, certainty, reassurance.

Years ago I drove from my apartment in Hollywood, California out to Sedona, Arizona.  I went there to turn 40 years old, something I had decided to do consciously as I entered into a new phase of life. I hiked out to one of the Vortexes called "Bell Rock" and climbed as high as I could in the intense desert heat. There was no shade to be found anywhere, but I stopped, sat in the dirt and caught my breath. 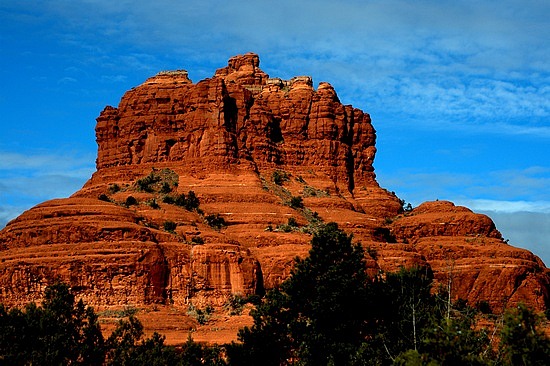 I looked out over a Valley and I could see another Vortex. This one was called "Cathedral Rock" and someone had built a church right into it. But other than this, there was no sign of civilization, just the giant rock formations all around me, a big stretch of quiet desert valley down below and vast desert sky that went on forever. 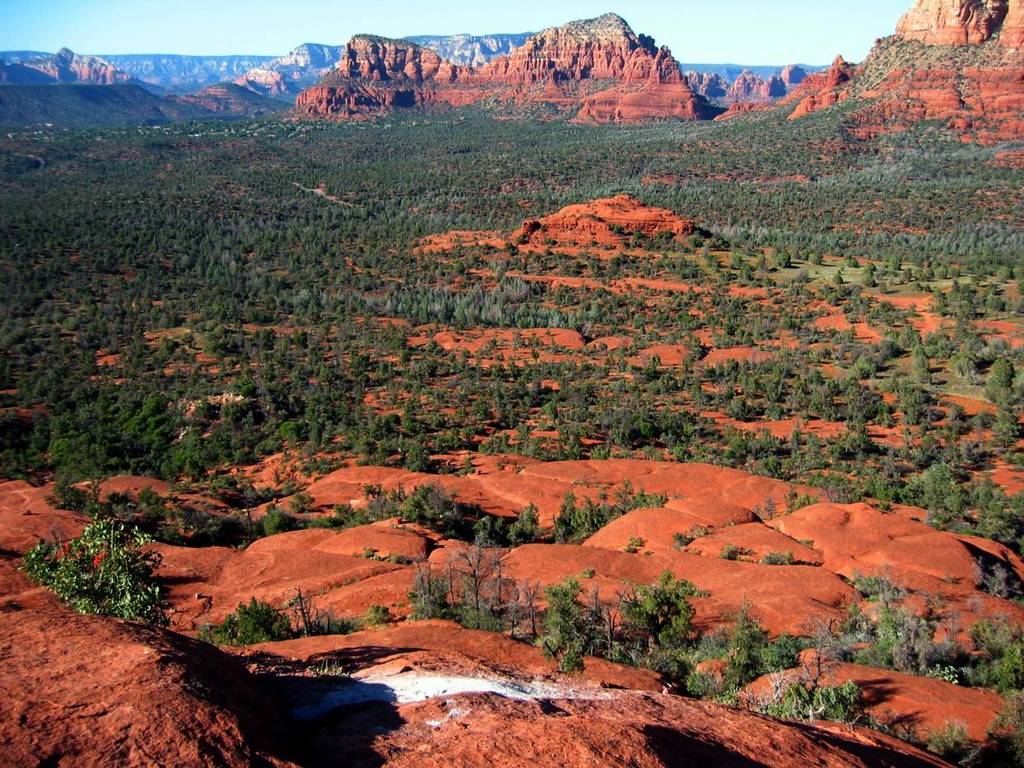 As I caught my breath and settled the body into a comfortable posture, a peace came over me. I don't know if it was the supposed supernatural effect that the Sedona Vortexes are said to invoke, or if it was simply that I had come there to experience something. Or perhaps it was the synergy of my intention combined with the metaphysical intensity of the location. It doesn't matter. The peaceful feeling that swept over me was undeniable and indescribable.

Words will fail me here. But that peaceful feeling, it penetrated. There was a shifting of consciousness.  There was no separation between me and the feeling of peace.  I was that peace.

And in that stillness I could see that peace and chaos were the same thing.  These were not merely concepts, but a direct perception.  Thought was transcended, which is what makes this experience hard to access through memory and to put into language.  Mostly, I remember the feeling.  Bliss.  The eyes that looked out through this body, at the giant rock formations stretched out before me, were no longer "my" eyes.  All that is, everything that exists in this universe and in the multiverses, all that is beyond, time space and comprehension looked out through my eyes at those rocks.

There was only the in breath and the out breath and indescribable beauty all around. And when thoughts presented themselves, they did not require being entertained or dismissed.  Every thought was in on the larger cosmic joke of the Universe - part of the play, the dance of illusion. All thoughts, from the profound to the mundane were part of this beauty and this deep, loving peace. In that moment and in that stillness, there was no need to create a philosophy. There was no fear of death and there was no fear of living. Everything just was.

And everything still just is. Waiting until my 40th birthday and climbing a rock at a special location, that is all just theater. It's a grand stage, complete with set design. And it's beautiful but also totally unnecessary. The invitation to that place of stillness exists in every moment, in every breath, in every heartbeat. It is who and what we are. That peaceful chaotic beauty is the essence that animates the entire universe. It is what some call God, others call Om and others call nameless. It is - as you are.

Sometimes formless, sometimes taking form, but the essence is always at ease.