Action in Nevada - peace walk to the Test Site

We walk in the footsteps of a long legacy of peace walkers and spiritual leaders to draw attention to the nuclear dangers that continue to threaten our sacred planet and the community of life. Please join us in transforming fears into compassion and apathy into action in NDE's 2009 Sacred Peace Walk.

NDE's 62-mile, annual pilgrimage to the Nevada Test Site will begin on April 6th with an orientation in Las Vegas and preparation for our six-day walk starting on April 7th. The main Walk ends on Sunday, with an extra special action on Monday for those who can hang out longer in the desert.

We have a support vehicle available for those who need extra support, and for emergencies as well. Some Walkers on the Sacred Peace Walk only come for a few days--all are welcome to do as much or as little of the SPW as the Spirit calls...

Driving Directions to Peace Camp:
Take Hwy 95 North out of Las Vegas. 65 miles out of town you will see the Mercury exit (past Indian Springs and Cactus Springs). Take the Mercury exit, then make a U-turn when it's safe, so you can then drive under the freeway, to the south. (If you fail to make the U-Turn as you drive NorthEast, you will come to the legal boundary of the Nevada Test Site.)

What changes in nuclear policy are to be expected with the new administration in Washington?

For background on Barack Obama's appointment of Steven Chu as Secretary of Energy and the re-appointment of Secretary of Defense Robert Gates, see the article "Two Nuclear Appointments" in the January 2009 issue of Citizen's Watch..., the newsletter of NDE ally Tri-Valley CAREs in Livermore, California. Their "Lame Duck Watch" article on page 4 also explains what steps the Bush administration has taken to legally bind the new administration to "revitalize and rebuild the nuclear weapons complex."

The Stockpile Stewardship Program was established in response to the Fiscal Year 1994 National Defense Authorization Act (Public Law 103-160), which requires, in the absence of nuclear testing, a program to:

1. Support a focused, multifaceted program to increase the understanding of the enduring stockpile;
2. Predict, detect, and evaluate potential problems of the aging of the stockpile;
3. Refurbish and re-manufacture weapons and components, as required; and
4. Maintain the science and engineering institutions needed to support the nation’s nuclear deterrent, now and in the future.

Stockpile stewardship is inconsistent with the mandate under Article VI of the Nuclear Non-Proliferation Treaty which requires that the United States and other nuclear armed countries to work to eliminate their nuclear weapons. Under the pretense of making sure that what nuclear arms exist are reliable and safe, new types of bombs and delivery systems continue to be designed and tested.

The DOE plans to revamp US nuclear weapons facilities to rebuild every weapon in the stockpile under its Complex Transformation plan. . . .

The US is actively seeking new warhead designs for new warfighting scenarios under the Reliable Replacement Warhead program. . . .

New missiles and other delivery systems that are more accurate have prompted weapons designers to promote the manufacture of new, smaller nuclear warheads. The size of the bomb doesn't change the fact that a new weapon is in contradiction of the agreement to reduce the number of nuclear weapons in the stockpile.

What is happening at the Nevada Test Site?

The Nevada Test Site is home to classified research. As such, one can't be sure of all that is going on there. Nonetheless, the U.S. Department of Energy (DOE) National Nuclear Security Administration (NNSA) maintains a website that describes research and facilities at the NTS. Much of the currently listed activities

The last subcritical nuclear explosion was in 2006. According to the Nevada Site Office of the DOE-NNSA, there are no subcritical tests scheduled at this time. Nonetheless, the NTS remains ready to restart testing, full-scale or subcritical, if ordered to.

The Atlas pulsed-power program is in "cold standby" meaning that the building with the machinery has no electricity. At this time there are no plans to restart Atlas experiments. BEEF has "limited activity" according the the Nevada Site Office. The DAF remains ready ready to assemble bomb tests, though none are scheduled. Because of the DAF is the most secured most "hardened" of research facilities, it gets used for other experiments with highly radioactive materials. The DAF also houses the JASPER

What is happening at Creech Air Force Base in Indian Springs?

Fr. Louis Vitale, a founder of Nevada Desert Experience writes about the dangers of the new weapons being commanded from Creech Air Force Base in the December issue of NDE's newsletter, Desert Voices.

Creech AFB is home to the 432nd Air Expeditionary Wing which is responsible for flying the MQ-1 Predator and MQ-9 Reaper "unmanned aircraft systems" (UAS), sometimes called unmanned aerial vehicles (UAV) and commonly refered to as "drones." Most drones are small and slow, equiped with cameras for spying. However, the Predator and Reaper are armed, and control for the firing of Hellfire missiles or the dropping of bombs (which the Reaper can also carry) comes from crews at Creech. Ground crews on site where a drone is deployed launch and land the aircraft. Control is transfered to Creech or one of a few other air force bases during a mission.

Predators and the faster, higher flying, more armament carrying Reaper have been the weapon of choice as the United States has penetrated Pakistani airspace on deadly missions. Many civilians have been killed, angering families and communities there. Many attacks in Afghanistan and Iraq have also been carried out by UAVs. Mistakes have been made in targeting, even with the powerful cameras aboard. Even when an intended person has been killed or building has been hit, other people and buildings have been hurt, making any hoped for reconcilliation or peace process more remote. The air force has videos you can see which show reconnaisance as well as the exploding of targets. There is one video in which a mission is temporarily aborted because a moving target reache a town.

Why is Nevada Desert Experience bringing attention to Creech Air Force Base?

Remote military systems like UAVs are able to threaten others without putting one's own soldiers in harm's way. That seems like an obvious "good" in a military sense. But new weapons get used and used again. NDE has based our years of activism on engaging the opposition, not trying to kill or even berate them. NDE doesn't support new weapons development.

Physical distance doesn't always insulate one from the harmful effects of killing. It is easier to drop a bomb and leave than to see the death and destruction that one has caused. Still, the sensor operators in UAV crews are watching, and feeling the remorse that comes with such violence. More chaplains and counselors have been brought in, and we can take solace that the video-gaming of making war isn't as dehumanizing as we might fear.

Nestled between Nellis Air Force Base, with its world-leading stockpile of nuclear weapons, and the Nevada Test Site, the most bombed place on Earth, Creech Air Force Base is in the heart of the desert that NDE reveres and is yet another desecration of this beautiful land.

Join a spiritual pilgrimage from the the epitome of unsustainable excess consumption to the place of the greatest violence on earth. Come help us stop this suicidal nuclear violence! Come walk the ways of peace in the desert! Hundreds of people have walked from Las Vegas, Nevada to the Nevada (Nuclear) Test Site for the cause of abolishing nuclear weapons. (The Test Site is situated unlawfully on lands belonging to the Western Shoshone Nation. Since 1951 the U.S. has contaminated the desert and the earth 1000 feet below by exploding over 900 nuclear weapons tests which included over 1000 detonations of nuclear bombs.)

Comment by patfromlogan on April 18, 2009 at 5:30pm
Hmmmm, other than Gordon there seems to be no interest in this. Maybe the site is too big, maybe most people are intellectually taken with Gandhi and such, from their computer chair. We put at lot of work and effort into peace, vigil every week and so forth, and I guess I'm thinking I'm wasting time hanging around here.

We just got back. I posted a page of pictures.

The Drone planes are horrid. Some Paiute, Navaho, and Shoshone were with us and led some ceremonies. The ex-boss of the Test Site joined in the protests before he died of cancer, I learned.

I'll tell some stories if anyone asks. 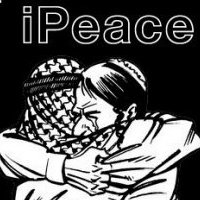