Today I would like to bring to all of our attentions an upcoming that promises to be a momentous event. On Thursday November 12, 2009 will be the unveiling of "The Charter for Compassion" I encourage all to join and support this endeavor.

The following is from the web site. Please go to it to join and show your support. You will not receive a deluge of emails. Not even one. But adding your name to the list will make a difference. A difference just like you make here.

We ALL matter, we EACH count.

The Charter for Compassion is the result of Karen Armstrong’s 2008 TED Prize wish and made possible by the generous support of the Fetzer Institute.

Why a Charter for Compassion?

The Golden Rule requires that we use empathy -- moral imagination -- to put ourselves in others’ shoes. We should act toward them as we would want them to act toward us. We should refuse, under any circumstance, to carry out actions which would cause them harm.

The Charter, crafted by people all over the world and drafted by a multi-fath, multi-national council of thinkers and leaders, is a cry for a return to this central principle which is so often overlooked in our world. It reminds the faithful that in the past leading sages of all the major traditions insisted that the Golden Rule was the essence of religion, that everything else was “commentary,” and that it should be practised “all day and every day.” They insisted that any interpretation of scripture that led to hatred or disdain was illegitimate and that exegesis must issue in practical charity.

Like the Charter of Human Rights, this Charter for Compassion is a yardstick against which the laity as well as religious and secular leaders can measure their behaviour; it can empower congregations to demand a more compassionate teaching from pastors and preachers; it can mobilise youth, who have seen at a formative age what happens when bigotry becomes rife in a society; it can make interfaith understanding a priority; inspire exegetes, scholars, educators and the media to explore the role compassion has played in the traditions, and ensure that compassion is a focal point in the curricula of schools, colleges and seminaries.

The Charter seeks to change the conversation so that compassion becomes a key word in public and private discourse, making it clear that any ideology that breeds hatred or contempt ~ be it religious or secular ~ has failed the test of our time.

We need everybody to participate ~ atheists, Buddhists, Hindus, Christians, Jews, Muslims ~ everybody! Our polarized world needs to see compassion practically implicated ~ politically, socially and economically ~ and show that in our divided world, which so often stresses difference, compassion is something on which we can all agree.

Karen Armstrong is one of the most provocative, original thinkers on the role of religion in the modern world. Armstrong is a former Roman Catholic nun who left a British convent to pursue a degree in modern literature at Oxford. She has written more than 20 books around the ideas of what Islam, Judaism and Christianity have in common, and around their effect on world events, including the magisterial A History of God and Holy War: The Crusades and Their Impact on Today’s World. Her latest book is The Case for God. Her meditations on personal faith and religion (she calls herself a freelance monotheist) spark discussion — especially her take on fundamentalism, which she sees in a historical context, as an outgrowth of modern culture.

In February 2008, Karen Armstrong won the TED Prize and wished for help in creating, launching and propagating the Charter for Compassion.
A project of the TED Prize

TED stands for Technology, Entertainment, Design. It is an annual conference which brings together the world’s most fascinating thinkers and doers, who are challenged to give the talk of their lives (in 18 minutes). TED.com makes the best talks and performances, the ideas worth spreading, from TED available to the public, for free.

The TED Prize is designed to leverage the TED Community’s exceptional array of talent and resources. It is awarded annually to three exceptional individuals who each receive $100,000 and, much more important, the granting of “One Wish to Change the World.”

Made possible by the Fetzer Institute

A private operating foundation based in Kalamazoo, Michigan, the Fetzer Institute engages with people and projects around the world to help bring the power of love, forgiveness and compassion to the center individual and community life. The Institute’s work rests on a deep conviction that each of us has power to transform the world by strengthening the connection between the inner life of mind and spirit with the outer life of service and action. While the Fetzer Institute is not a religious organization, it honors and learns from a variety of spiritual traditions.

Namaste and deep bow to all~zali

By way of introduction I can be found around several different social communities, blogs and the like. I'm a peace monger and as such attempt to share from many different points of view.

Comment by yehudi webster on November 12, 2009 at 9:43pm
Correction: The first word in my previous post is Agreed, not greed.

Comment by yehudi webster on November 12, 2009 at 9:33pm
greed. Compassion, humility, a sense of being human, and an identification with others are all critical to peace and harmony in the world. But wait a minute! Religions, all religions are hostile to these ideas. This may appear to be a startling and false accusation, but read on. All religions separate human beings at their core, at their sense of self and thereby create a state of moral alienation. Religion's proponents, as in the video just seen, then go on to ask for a pan-human identificaiton and empathy. In other words, after insisting that we have different selves, that one is a Jew, or a Muslim, or a Christian, or a Hindu, or a Buddhist, and so on, one is asked to be emotionally inclusinve. After creating and excluding "Others," by describing one's self accoriding to a religious belief, one then proposes unity and compassion for "Others." It does not and cannot be realized. Religious selves necessarily come into conflict, and it is only a matter of over what. Virtually anything can trigger the conflicts--land, a comment from an "Other," material resources, a particular Wall, a particular ritual, or a claim of comparative religious superiority. Worse. The Abrahamic faiths all endorse the idea of just violence, or violent revenge. Finally, how can religions make a contribution to peace, given that they all announce that human reasoning is flawed and impotent and, indeed, that human nature is vitiated by original sin? For example, in her latest book, The Case for God, Karen Armstrong argues that reason has nothing to say about violence in the world. This is an example of religions' existential contradiction--condmnation of human nature and appealing to human beings for goodness sake and for empathy. Of course, the appeals fail. But so what? The failure proves the need for God.

Comment by Joey Avniel on November 11, 2009 at 9:18pm
The way I practice compassion:
http://www.avatarepc.com/html/ex1719-4.html
It's a very strong exercise that makes me feel compassion.

Love to all,
Chris

Comment by cowboyangelwife on November 10, 2009 at 9:04pm
Describing compassion as "moral imagination" is brilliant. Aha! That's it exactly, isn't it? Our beloved world could be so different when we can imagine and reimagine. If we can imgagine ourselves as the other as if there is no "other", because, through imagination, we can know our commonality.

I just saw on tv. the celebration of the "Fall of the Berlin Wall". I heard all the speaches of the world leaders and saw the happiness of the people. I wonder how it is possible that in Israel, where the people live who have suffered so much during World war 2, can build a wall around their neighbours and cannot sit at a round table to discuss their problems and solve them. Let there be PEACE!!

This is a snapshot of my pet on SuperpokePets, a site I adore. We exchange mails that are often very touching and revealing! I will make my pet talk about compassion to my friends, young and old, and send messages to them! So far almost everybody, including myself, has talked about love, sharing, helping, aiding, friendship etc., but none of us so far have used the word Compassion! Strange...because I use the word almost daily in conversations...Thank you for another great eyeopener! Blind spot? funny... 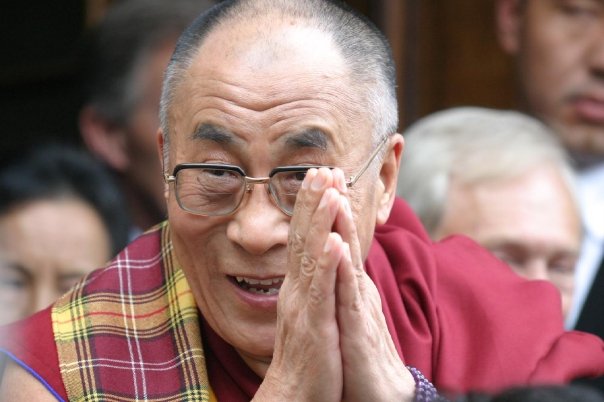 Comment by FRANK FERRUCCIO CHARLES NIERO on November 9, 2009 at 11:36pm
NOAHS ARK PROJECTS is always for a global community of LOVE and PEACE and understanding of each others needs and sharing/caring not RELIGION but FAITH in ONE TRUE LIVING GOD THAT LOVES US ALL NO MATTER WHAT FAITH YOU ARE and I have tried for 32 years now to get this message OF LOVING EACH OTHER ACROSS TO MY PARTICULAR COMMUNITY and then GLOBALLY ...IF YOU CARE SEE MY WEB SITE - try to look at most pages and the page FAITH CONNECTION on my site - I love you all my brothers and sisters I live to try to make the globe a better place of LOVE AND PEACE AND MUTUAL UNDERSTANDING...LOVE TO ALL - frank ferruccio charles niero (GOD'S servant)