Does David exist....or is he just something we are imagining?

David does not exist, maybe.

Maybe this site is just being run by a computer, and featured guests get chosen by who is on line more often.

And nobody really sees what is happening here except for us.

Maybe David just packed up his bags and took off for somewhere far away.....like China, or somewhere in Africa, or maybe to the moon!

Maybe David is hitchiking around, grew a long beard, wears dark glasses...nobody knows him now! He can go far and nobody will ever say "Hey, aren't you David Califa, the creator of iPeace?"

David....a mystery man! Where is he, nobody knows!

He kept this place going, but it is so strange....like opening up a house and the owner of the house leaves.

Everyone is wondering...when will he be back? And what will he say?

But then, maybe David just doesn't really exist. His picture might just be a photo of someone, who knows who he might be!

So...with these thoughts, I will turn off my ipeace connection, get back later. Something tells me Al may comments cause he is always ready for fun....with a beard and a bike like that, and a hat with a flower....he really knows how to make friends!

I think, if David does exist, he is now on holiday as the English say and on vacation how we Americans say.

Hope he is relaxing....but he better lkeep on his dark eyeglasses...cause I don't think he will want to be recognized and to have to talk about the future of ipeace...no nO NO!!

Have a good rest David, and if you do get back into the iPeace office, some day, somehow, it would be nice to hear you say HI...just to know that yes, you really DO exist!

Comment by Leah D (Pixie) on August 10, 2010 at 6:53pm
Lol, uh well I tried to find just the right pic that was very different than your Gandolf Wizard,Al..
so why I suppose looks more like from "the dark side"...and I was being a tad bit sarcastic..ya think:)) lol

Comment by Motorcycle Hippy Al on August 10, 2010 at 6:19pm
Leah, He's looking like Me! except more from the "Dark Side" Is that from all the friction & pestering I gave Him? I guess I have some competition? but I still can spin many planetary Worlds and "He can't yet" but My concern is that He's a hard one to know, what He is up too!
I better do some practicing, in case there is a confrontation!

He Was, is just so so busy meditating & creating..new ways to revive ipeace, and to create World peace.....and there is no internet in outer space..hovering above Earth..:D

So Al, we're playing "name that monkey now ,eh? Hmmm, will need to ponder on a name for the "acting administrator ,in charge"..:)

Comment by Motorcycle Hippy Al on August 10, 2010 at 4:25am
The acting administrator in charge!

"I have trouble communicating with My evolved species, the Human Being, so "Please" don't be upset with Me, it's just My not having good communicative skills and I don't even have a name yet, can You give Me one?"

what gunilla said.....yup!
and Al, perhaps he did? and is out groovin in the "luv bug" mobile?

Comment by Motorcycle Hippy Al on July 30, 2010 at 12:28am
"Maybe David is hitchhiking around, grew a long beard, wears dark glasses"......or maybe He became 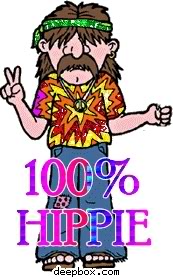 Comment by gunilla caisson on July 30, 2010 at 12:05am
Forgot to say, since I laughed so much ..:) That what you wrote here, was the best vitamin injection anyone could have given to this "tired" network. If those who left knew about all the laughter that is waiting for them here, they should come running back ;)

So thank you Stephanie

Comment by gunilla caisson on July 29, 2010 at 11:56pm
That was the most funny I ever read here on IPeace. You gave me so many good laughter. Have to reread it so I can laugh again
Didn't know that you was SUCH a great humorist :) :) Brillant ... Honestly I find no words...Haa...
WELL WELL written *smile*