hello all. about a week ago i posted a letter to my palestinian brothers everywhere. in my original letter, i was very harsh in my words regarding Hamas. I was pointing a finger at them clearly, th…

about a week ago i posted a letter to my palestinian brothers everywhere.

in my original letter, i was very harsh in my words regarding Hamas. I was pointing a finger at them clearly, this came from my gut, from the deepest, most hurting place in my heart. The reason i did that, is that the horrible stories i have heard about Hamas from my Palestinian friends who used to live in Gaza (and escaped, barely, from death by Hamas), plus the videos on youtube of hamas using children as a human shield, or throwing fatach personnel blindfolded and cuffed from the roof of a building, plus endless testimonies from Palestinians including the horrible video here, which you must see Nabil!!

All of this lead me to a very harsh reaction, praying the Palestinian people would finally be released from the clutches of this horror. I have not changed my mind about atrocities, cruelty and killing, but i know that pointing fingers at names and symbols is not the solution.
Let me give you an example:

Before the 73 war, Anwar Saadat of Egypt said he was willing to sacrifice one million soldiers to free the occupied lands. There was a horrible war, luckily it did not end in a million casualties, and soon after he reached out his hand in peace, and so did Menachem Begin who had said in the past that he would not give one inch of land ever. He ended up giving back 30% of Israel’s land at the time, the Sinai desert, and uprooting all the settlements there.

Yitchak Rabin said at the beginning of the first Intifada that we should “break the bones” of the demonstrators.
Eventually, he went to Oslo.

Rabin and Saadat both paid with their lives for their actions. THAT is a nobel death!

I am willing to change my mind at any moment about anyone who is willing to stand up for co-existence, freedom and mutual respect and recognition. I am willing to apologize to anyone who feels unjustly offended. I can even push aside past atrocities, as my country has done with Germany, so they are not obstacles in the path of peace.
The foreign minister of Germany is now in Israel trying to promote a cease fire. Is that a miracle, or what?

The outbreak of violence, like in the animal kingdom, is a result of a mutual feeling of threat.
The assessment of the threat is very complex.
Usually the side that feels subjectively more threatened, will move first. This is exactly the reason why pointing fingers is useless and only serves to continue the vicious cycle of violence. (it all started when “they” retaliated!!” )

Both sides have the responsibility of understanding what the other side is most sensitive about and minimizing the sense of threat, using all the means at their disposal, including rhetoric, which is extremely strong. An example: you cannot say “death to Israel, death to the jews, Israel to the sea, back to the furnaces”, and then roll your eyes to heavens and claim that you did nothing! You are intensifying the feeling of threat and with it the “disproportionate” military response. You cannot claim you “did not mean it”, or it was “only words”. There is no such thing in this subjective game. When we in Israel sum up the evidence including the rhetoric, the 8 years of rockets, the Iran and Hezbollah threats we react in proportion to a nightmare, not just to this or that incident. I believe the same thing is true for the subjective feeling of the Palestinians and the whole Muslim world. Therefore it is their responsibility to communicate through dialog their fears to us, Israelis, so that we can take it upon ourselves to melt this iceberg of suspicion just as we want them to reassure us of their peaceful and positive intensions and melt down our fears too.


My opinion is and was always the same: i am against violence in all it forms. I am against fanaticism in all its forms. I am against finger pointing and blaming as there is no end to it and i am totally against a unilateral black and white approach to anything. I think we all have the responsibility to look the truth in the face: we all brought this catastrophe upon ourselves and now it is our responsibility to do what we can to change it! That means, changing the threat we pose to each-other, in words and actions, exchanging negative, violent rhetoric (words are often stronger than actions!) with a rhetoric of peace, acceptance, dialogue and joint recognition (like the Geneva initiative which i totally support). This is our only hope.

The decision i made together with Mira Awad to go to the Eurovision contest with a message of peace is part of this theory: build, give a personal example of dialogue and co-existence, not the opposite.

i will be singing in an event in Israel next week organized by Doctors without Borders, to raise money for Medical aid in Gaza. i wish all people, in gaza, in israel, anywhere, the chance to live in peace and security!

With love and eternal friendship,
noa

Comment by osama on February 12, 2009 at 7:45pm
hi i hope from new leader of israel
to make a big peace between israel and palestine
thanks

Comment by Louis Hellewegen on January 17, 2009 at 9:18pm
Dear Achinoam,
Six years ago i was your chauffeur in the Netherlands, and i felt it was an honour to meet a woman like you. To your mother i told that i was impressed by your believe in peace, for which i had no faith. Today i am convinced that your love for people in Israel: Israeli and Palestinian is real. Thanks for your honest Blogs. I am sure many people will learn from you. Thanks for sharing your thoughts. Thank you for your beautiful songs i love to hear. I pray for you, your family, Gil Dor and the Noa family in the world. Shalom, Salaam. Peace be with you. Love, Louis Hellewegen, former taxidriver of AA-tax in Bussum, the Netherlands.

Comment by Shimon Z. Klein on January 16, 2009 at 10:30pm
Dear Noa,
I admire your tenacity and determination in seeking the peace that we all need so much. It is in these trying times that we reach out to the Palestinian people and you are really trying. I am as well in my own way. I run a blog dedicated to peace and am fortunate in having met Palestinians whose views on peace are close to our own. This can be a wonderful nucleus to dialogue despite all the horrors in Gaza.

Comment by Manuela Christener on January 16, 2009 at 4:45am
Noa,I hope you can feel us all here, we feel you , your courage, your longing for peace, and your sadness.
We are at a turning point and You and your country is a part of this new world unfolding.
We and i know its we, we all send to You, as you are We too... our heartfelt wish of love and peace. We wish you strength and see you as a sister that allows us to be connected to a part of the world that we must embrace and heal in ourselves.So we can send love and strength and healing to all of you every moment of this lifetime. And in this time please feel that many angels are watching over this dark clouds of smoke and
blood, be ashured that every soul is taken care of. Here or there, you are not alone. Peace and love and many millions of angelwings are with you. As you are here letting us know, we are here to support you and all the ones with you.....
Feeeeeeeeeeeeel the looooooooooove. We are connected.... Always.... Your Manuela

Comment by Nancy Huckle on January 16, 2009 at 12:46am
In my opinion you made a huge mistake condemning Hamas. In the first place it was Israel who originated this Hamas group and this is something you need to read about. And I believe with all my heart that when Palestine has been robbed of EVERYTHING including a true military to PROTECT themselves (not to mention their country in 1948), it is too harsh to say this is Hamas' fault!! Shame on you!!! What you have done is very wrong.
I am not Jewish nor Palestinian but I have been following this conflict for more years than you have been alive and you are WRONG!
You need to research who the country belongs to! It does not belong to Zionists! These Zionists who control the country are NOT EVEN Jews by BLOOD. They are Europeans who have the papers of those TRUE Jews who were exterminated in the Holocaust! Jews do NOT have light hair and skin and do not have blue and green eyes! WAKE UP!! I used to love this IPeace but because of this post I am very angry now!!!
Zionists are a main part of the NWO and if you cannot see this then you should be quiet and allow those who do know the real truth to continue doing the right things for this cause.
I am very disgusted with this!!!

Comment by nellys on January 15, 2009 at 8:34pm
i resently saw some horribles pictures i cant even imagine the pain this people is sufferin tears came to my eyes when i saw all those dead childrens i pray for them ,for us, maybe we can do something ,maybe sometime will have the peace we need in our planet

Comment by John Paul Loucky on January 15, 2009 at 6:38pm
Please listen to the voice of this Arab and see for yourself the evil of violence and hatred being taught to young children in Gaza. Fatah being marched to their deaths (35 were killed for not supporting more violence), 75 had a leg shot or a hand broken, and on and on. But no more words. Watch it if U dare--even wedding party shot at since singing is not allowed by their fascism. View it please. These facts are hard to deny: http://jp.youtube.com/watch?v=I1M4eH9Kk7I
Isa al Masih

Comment by janette on January 15, 2009 at 3:01pm
hi noa, how can you justify advertising a propaganda video regarding hamas, it does not make sense, or about as much sense as watching sky news who think the cricket is more important than war, according to recent information in the U:N: israel is now forcibly trying to control the american foriegn policy makers, by making them abstain from voting on the peace proposals. the israel prime minister has boasted about this, what chance have they got for peace when this kind of behaviour continues, who in their right mind can justify children being killed and white phosphorus being used against civilians, i am urging people to go out and join peaceful protests this weekend, people power is very powerful and wanting peace cannot be a passive task. 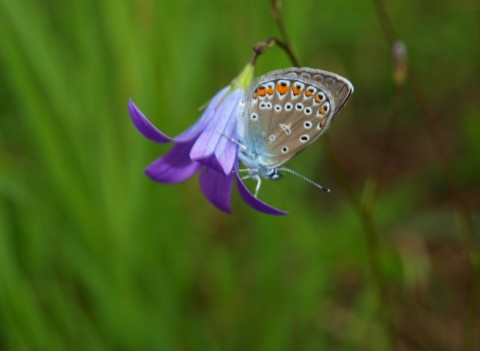 Comment by Beatrice LATEUR LACROIX on January 15, 2009 at 12:47pm
Thank you for your words. I agree with you and i think that instead behing "against", it is more powerful and useful tobe for something. The energy folows the thougts. If we are for sth, we are more efficient, so lets'do it.
Love and Peace.