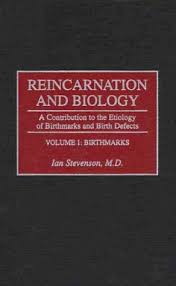 By Dr. Ian Stevenson's book Reincarnation and Biology Vol I

Dr. Ian Stevenson has been the head of the Department of Psychiatric Medicine at the University of Virginia School of Medicine, Charlottesville, Virginia.

"Each of the cases that I describe has individual strengths, and most have also some important weaknesses. I believe that the recurrence of certain features that are reported (in varying proportions in different cultures) increases their authenticity. These recurrent features derive their importance from having been observed and reported by persons who (for the most part) have known nothing about other cases; they cannot be due to a wish to have a case to conform to some known model. I shall next summarize these recurrent features, and I suggest that the reader note their repetition throughout the case reports (*in the book).

It is rare for a case to have every one of these features, but most cases have at least three or four of them, and some have more. I shall list them in the order of their probable occurrence in the chronological development of a case:

1) PREDICTION OF REBIRTH BY AN ELDERLY PERSON

This occurs sometimes among the tribes of northwestern North America and also less often in some cases of India, Tibet, Burma and elsewhere. A person making such a prediction also select the parents desired for the next incarnation. The person may also express hopes and wishes for changes in the circumstances of the future life compared with the present one. 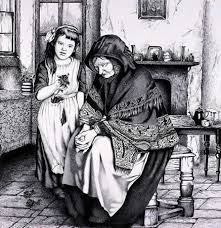 These are dreams that seem to foretell the reincarnation of a deceased person. This person appears in the dream and conveys verbally or in other ways the idea that he will soon reincarnate. The dreamer is usually a married woman, and she has this dream shortly before or during her pregnancy with the subject who later remembers the life of the person whose rebirth the dream seems to announce. 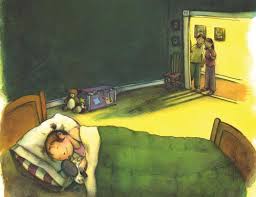 These are the main topic of this work. By drawing attention to the other recurrent features of the cases, I hope to impress on readers that the cases whose subjects have birthmarks and birth defects-or at least most of them-resemble closely in their features cases whose subjects do not have such abnormalities. 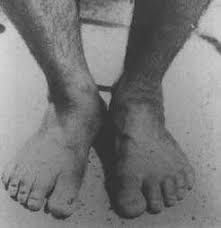 4) STATEMENTS THE SUBJECT MAKES ABOUT THE PREVIOUS LIFE

These are the subject's expression in words (and sometimes with gestures) of the imaged (claimed) memories he has of a previous life. Several features of this statements occur in most cases in which the subject makes statements. (In some cases the subject has no imaged memories however, or never expresses any). The following three features of the statements are particularly common:

The subjects nearly always start referring to the previous life between the ages of 2 and 4, but occasionally do so later.

4b) AGE OF NOT LONGER SPEAKING SPONTANEOUSLY ABOUT THE PREVIOUS LIFE

Most of the subjects stop speaking spontaneously about the previous life between the ages of 5 and 8, but a few continue longer. I have discussed elsewhere the difficulty of deciding when a subject has forgotten the previous life and when he has simply stopped talking about it.

4c) FREQUENT MENTION OF MODE OF DEATH IN THE PREVIOUS LIFE

Except for those subjects who say little or nothing about the previous life, a majority of subjects include among their statements some mention of the mode of death of the person whose life they remember. When the death is violent, 94% of subjects mention its mode, when it is natural, 52% do so. 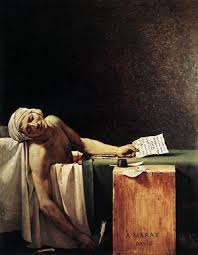 The subjects rarely make their statements about the previous life casually. Instead, most of them speak with an intensity and persistence that surprises their adult auditors. Some use the present tense, even when they have at least a rudimentary understanding of time. Many are troubled by confusion over their identity, and this particularly the case with children who remember lives as persons of the opposite sex or who, conscious of now being small, remember once having had the much larger body of an adult. Many of their memories are of unpleasant events, such a horribly violent death. Many subjects also become torn by conflicting loyalties between present and previous families. To remember a previous life is almost never a pleasant experience.

5) RECOGNITIONS BY THE SUBJECT OF PERSONS, PLACES, AND OBJECTS WITH WHICH THE PREVIOUS PERSONALITY WAS FAMILIAR

These frequently occur when the subject meets members of the previous personality's family or goes to the community where he had lived.

6) FREQUENT OCCURRENCE OF VIOLENT DEATH IN THE PREVIOUS LIFE REMEMBERED

Among these cases, the concerned previous personalities have died violently in a proportion far greater than those of the general population in which the cases have occurred. Although the incidence of violent death in the previous personalities varies from culture to culture, it has been found to be high in all cultures so far studied. 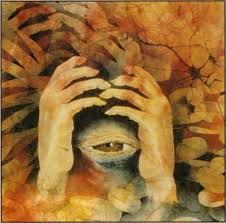 7) UNUSUAL BEHAVIOR ON THE PART OF THE SUBJECTS

Informants frequently report behavior on the part of the subject that is unusual in his family but that corresponds with what is known about the previous personality or with what might have been expected of him, particularly given the circumstances of his death. Some of the types of unusual behavior reported are:

7a) PHOBIAS (AND AVERSIONS)

These are especially for the instruments (such as weapons) of the previous personality's death, its site, or the people associated with it, such as the police or soldiers. 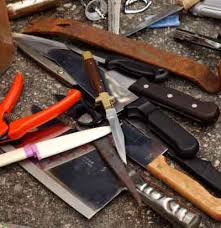 These may be for the people, clothing, food, or other objects familiar to the previous personality and liked by him. Especially prominent in many cases are seemingly nostalgic longings for the previous family accompanied by insistent demands to be taken to this family. Some subjects express a strong preference for the previous family over their own family, a situation that sometimes leads to alienation between the subject and his family. In some cases the philia corresponds to a craving for an intoxicant or addictive substance, such as alcohol or tobacco, that the previous personality used. 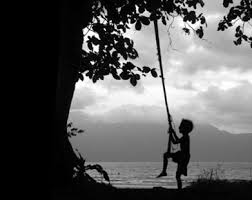 Some subjects show sexual precocity between the ages of 2 and 5. They may direct sexual attentions toward the previous personality's partner or toward someone else who resembles that person.

Subjects who remember previous lives as members of the opposite sex usually show some attributes of the sex of the previous personality. They manifest this in habits of dress (cross-dressing), preferences for play and games of that sex, and other traits that are more commonly found in one sex than in the other.

These are occasionally reported for the subjects of the cases, but much less frequently than other recurrent features.

An important aspect of the unusual behaviors shown by many of the subjects of these cases is the persistence of the behavior in many instances after -sometimes long after- the subject has forgotten the imaged memories of the previous life that found expression in his or her statements about it as a young child. 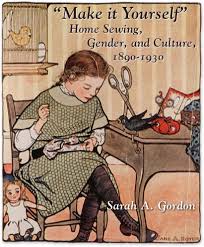 I would love to hear your opinions or experiences related to children's past life memories...Thank you!...Abelia

Comment by Abelia on March 1, 2009 at 2:58am
Hi Mothereartha, Thank you so much for sharing your experiences!...I'm glad your daughter has recovered well...It's great to hear also the way you lost your fear of flying and your 'unlearned habilities'...Thank you again, Love, Abelia

Comment by Mothereartha on February 28, 2009 at 11:04pm
Thganks for sharing the information. I had what I thought to be a nightmare at the age of four. As a result I closed myself to dreams and dreaming. There have been many rememberances since then that I have had to acknowledge as being past life remembrances The most amazing being that when my daughter was about eight years old she was very ill and had four operations on her urethra which vas very narrow. After the fourth operation I had a vision of her at about the ageof 15 attached to a black box which I understood to be a dialisis machine. I knew in my heart that if some miracle did not happen my daughter would be very ill at that age. After much praying for a miracle and promising the Universe that I would do everything in my power to reverse that happening.I found a homeopath who within three monhs cured my daughter. What I had to do was change my whole belief system. Many years later I was drawn to a healer who helped people remember past lives. The first life I remembered with her help was an answer as to why I was able to, in this lifetime reverse the situation.
With the help of the healer I viewed (as watching a movie in my mind ) myself walking along a paved road. I saw on my feet I was wearing leather thonged sandals. I was a man and as I walked down the street I crossed the road and enetered a shop with large bales of material. As I crossed the threshhold I felt so much emotion of sadness because in that experience I knew my wife who I loved more than anything was lying on a bed almost at deaths door. to this day when I remember I feel the deep sadness and powerlessness of not being able to prevent her death in that lifetime and I had another chance in this one. It is now more than40 years ago that I found the homeopath that helped my daughter. I have been able to do many unexplained things in this life for example I can sew anything and have never had a lesson.
I also had a terrible fear of aeroplanes until I remembered my life as a pilot in the first war. In my imagination I saw the plane coming down into the sea my emotions of fear were incredibly strong and each time I remember I still to this day see the strutts of the double winged plane as it neared the water. I experienced this vision many years after I almost drowned in the sea at the age of eight. During the drowning I must have been out of body body because I viewed everything that happened as though I was looking down on what was happening. Once I remembered the incident I lost my fear of flying. and since the age of eight I have had the understanding of radio and electricity that has amazed everyone including me. I wanted to be an elecctician and fix radios since a child. But when I was young women did not hold those kind of jobe. I could fix any radio until he discovery of transistors, since then I do not understand a thing.