The US Senate was told that India "unfortunately" had become the "sponge" that was protecting America and the western liberal world from the hate unleashed by Lashkar-e-Toiba which had emerged as second only to the Al-Qaeda in being a threat to global security.

As the Senate Committee on Homeland Security and Governmental Affairs concluded its hearings on “Lessons from the Mumbai Terrorist Attacks,” two influential policy advisors testified that despite better preventive and response systems in the US, a Mumbai-like attack on America by LeT was “not inconceivable”.

“It would be a gross error to treat the terrorism facing India — including the terrible recent atrocities — as simply a problem for New Delhi alone. In a very real sense, the outage in Bombay was fundamentally a species of global terrorism not merely because the assailants happened to believe in an obscurantist brand of Islam but, more importantly, because killing Indians turned out to be simply interchangeable with killing citizens of some fifteen different nationalities for no apparent reason whatsoever,” said Ashley J Tellis, Senior Associate with the Carnegie Endowment of International Peace, a prominent think-tank.

The testimonies — the first since Barack Obama took over on January 20 — come at a time when the new administration is in the process of unveiling its foreign policy priorities for South Asia, having just announced a special envoy for Pakistan and Afghanistan in Richard Holbrooke.

Tellis, who in his previous role as senior advisor to the Undersecretary of State for Political Affairs had been closely involved in the negotiations for the civil nuclear agreement between India and US, said the fact that LeT had not mounted any direct attacks on the American homeland was not because of want of motivation.

“Given the juicier and far more vulnerable US targets in southern Asia, LeT has simply found it more convenient to attack these in situ rather than over extend itself in reaching out to the continental United States,” he said.

“India has unfortunately become the ‘sponge’ that protects us all. India’s very proximity to Pakistan, which has developed into the epicenter of global terrorism during the last thirty years, has resulted in New Delhi absorbing most of the blows unleashed by those terrorist groups that treat it as a common enemy along with Israel, the United States, and the West more generally,” he said.

Brian Michael Jenkins, senior advisor with the RAND Corporation, another policy group that recently came out with a report on the Mumbai incident, said the attacks in Mumbai showed that the global struggle against the jihadists was far from over.
“Al Qaeda is not the only galaxy in the jihadist universe — new contenders that have signed on to Al Qaeda’s ideology of global terror,” Jenkins said referring to LeT.

“Could a Mumbai-style attack happen in the United States? It could. The difference lies in planning and scale... Could a team of terrorists, recruited and trained abroad as the Mumbai attackers were, be inserted into the United States, perhaps on a US-registered fishing vessel or pleasure boat, to carry out a Mumbai-style attack? Although our intelligence has greatly improved, the answer again must be a qualified yes,” Jenkins said in his testimony.

Describing the clear links that LeT had with Pakistan’s official agencies — “the question whether these murderous acts (in Mumbai) were sanctioned by elements within the Pakistani state is prima facie not absurd in light of the ISI’s traditionally close relationship with LeT,” Tellis suggested that the Obama administration needed to treat India’s concerns about terrorism more seriously than the United States had done so far.

“Of all the terrorist groups present in South Asia, and there are many, LeT represents a threat to regional and global security second only to al-Qaeda,” Tellis said.

“If the United States fails to recognize that the struggle against terrorism ought to be indivisible because Indian security is as important to New Delhi as American security is to Washington, future Indian governments could choose to respond to the problems posed by Pakistani groups such as LeT in ways that may undermine regional security and make the US effort to transform Pakistan more difficult than it already is,” he said.

Comment by Abelia on January 31, 2009 at 4:58pm
Ravi, I send you my wishes for Peace and Light for India...Blessings, Abelia 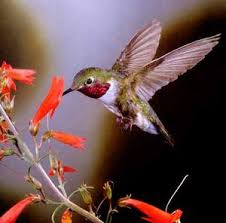 Comment by ken on January 31, 2009 at 5:55am
please take it easy, american people know that a strong and independant india is americas ally anybody with common sense knows that india will last for 10,000 years

Comment by Tree Thunderchild on January 31, 2009 at 5:24am
I am here just starting to read this now Ravi, I am low on power to I may have to turn off everything to let the little wind I have give me enough to finish it after a few hours, but wanted to let you know I am here.
Please read a "story" that I just posted at
http://www.ipeace.me/group/15000stories
It is related to helping India, as that (India's current situation) has been on my mind a lot lately.
I will read what you have above so I can learn more and sorry I did not email you sooner but doing what you just did makes more since because more other people can read this and offer you helpful ideas to solve.
With Love, your friend, Tree

Comment by Ravi Pratap Shahi on January 31, 2009 at 4:45am
Comment by Raja G on 19 January 2009 at 2:27pm
Yes We must Save india - All of us must - because there is an impending danger that would devide and devour india.
Now I am giving you a glimpse what will happen to the whole of India If we do notr wake up Now.
Some 20 years back what Happened in Kashmir will happen in many parts of Indi if we do not wake up. The world will be as good a spectator as we in the rest of the country were when there was mayhem and pogrom im Kshmir valley.
19 January 1990, Kashmiri Pandits were asked to leave their homeland in their own country by the so-called brothers. Lakhs of Hindus were killed, homes were looted, girls and women faced horrible torture. Indian Congress Government gave them place in some camps lacking basic facilities. Even after 18 years, they are not rehabilitated ! This is the fate of minority Hindus in a Muslim Majority Sate in India - a secular Sate. A Shame.

Business houses destablised (Including shops looted/burnt, factories looted/burnt, occupied) 14,430
Agriculture dependent families deprived of their land and source of income 20,000
Horticulture dependent families deprived of their resource 12,500
Houses Burnt more than 20,000.
Houses looted 95%
Fact sheet Of Atrocities on Kashmiri Pandits
Educational Institutions burnt, damaged forcefully occupied 105
Religious & Cultural Institutions Destroyed/burnt, damaged (Temples/Ashrams/Dharamshalas) 103
Torture killings of Kashmiri Pandits in the Valley more than 1,100 .
Religious Sadism At Its Peak
Killing of Hindus in Jammu and Kashmir by terrorists clearly depicts extreme sadism. All victims have been subjected to extreme torture and terror.
Torture deaths have been brought about by such inhuman practices as:
Strangulation by using steel wires ; Hanging
Impaling ; Branding with hot irons ; Burning alive ; Lynching
Bleeding to death ; Gouging out of vital organs ; Dismemberment of Human bodies
Drowning alive.
Terrorists have frequently indulged in barbaric acts like performing 'death dances' after killing their target.
Many a time, dead bodies were not even allowed to be properly cremated.