The damages beyond compensation (Gojra-Punjab-pakistan). 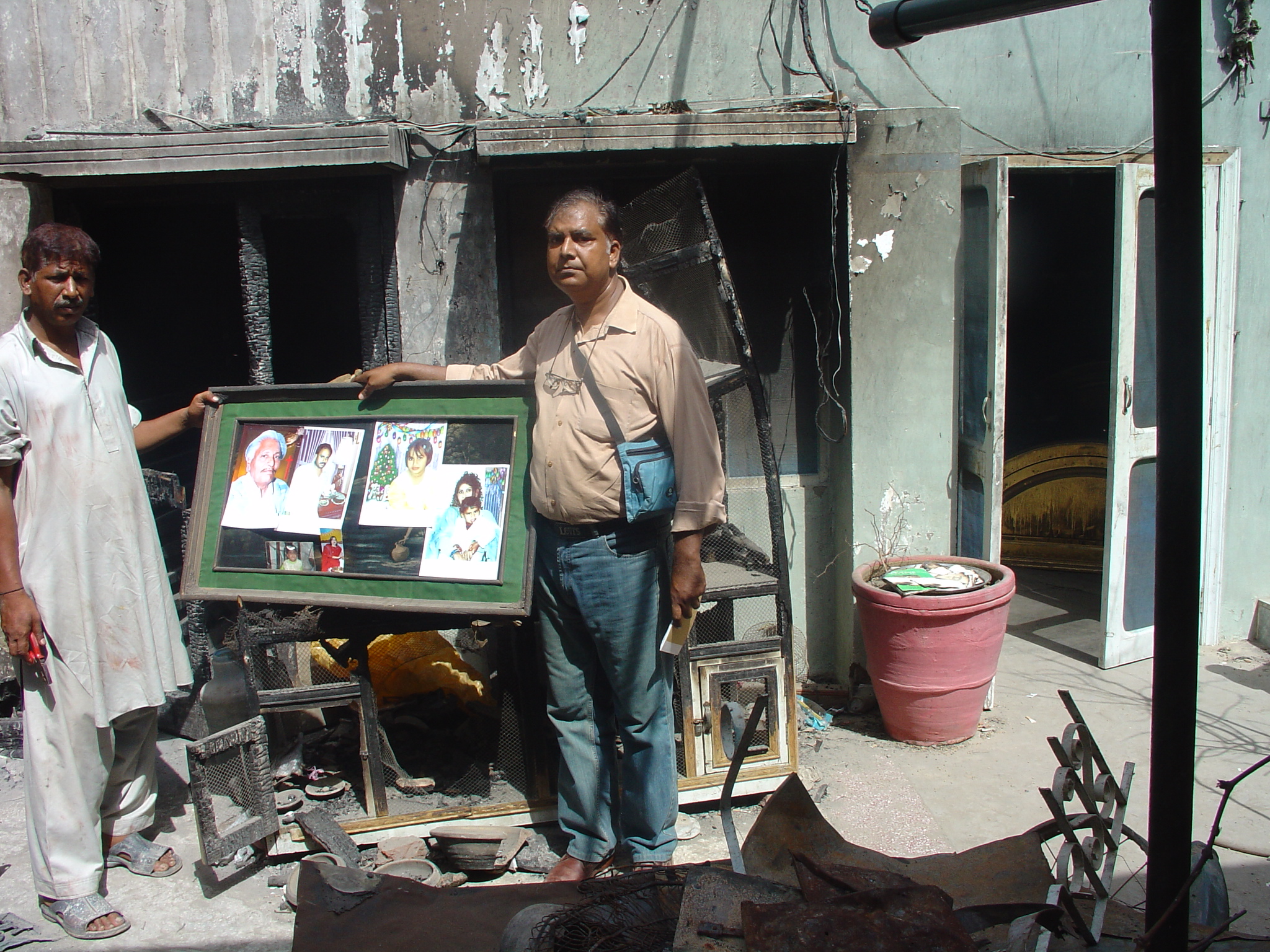 The Islamic militants of Sipah-e-Sihaba and Muslim mob set ablaze ninety four houses and three Churches on 31st July and August 1, 2009 in two different localities: Korian and Gojera, Punjab, Pakistan. Most of the houses were burnt by youths who had masked their faces with veils. There are eight persons from Gojera who were all burnt alive. 18 others were injured critically injured. Televised footage showed burning houses and streets strewn with blackened furniture and people firing at each other from their rooftops.

The house burning stopped by the Rangers Pakistan qwith their camado action.

The chief minister of Punjab, Governer Punjab, fedral and preovincial Punjab ministers for minorities, law and human rights visited the areas who condemn the incient and shared their grief and condolrences.

The hierarchy of Muslim denominations, Sikhs, Hindus and christian churches and organizations who shared their messages of unity and relief in this hrad time.

I know that many people had formost better written quick reports than mine but along with reporting I was busy to share my shoulder and arms to huge and wiping the tears along as per of my conscious built and duty as the co-founder of “Peace Ambassadors – Pakistan” with this tragic information.

I lived in the burnt localities for ten days. I gone through the late night talks, short sleeps, short food, shared tiolet, sleeping on ground, living without electricity in the hot sunny summer of 45 centigrade of heat, leg rashes and … lot to obser the trumas of them. Despite of all the hard time I gained a good treasure of friends and people who feel free to share with me.

The material loses are compansated by government, Churches and civil society very quickly. But

• The little children see illusion of the militant attackers;
• The mosques loudspeakers spread body shivering and hypertensions;
• The horror dreams and sleeplessness;
• The little girls ran frightened while seeing any beard man;
• There are cases of digestive disorders and loose motions;
• The people feel like weeping;
• They have decreased or no appetite and thirst or highly increased appetite and thirst;
• The young boys shoot abuses to their house wreckers in anger;
• The elder people are much grieved ad sad sighing and murmuring in tear and fear;
• The women always forbade their male to move out of the locality;
• Some blame on others and some on themselves;
• Some have cardiovascular strains;
• Some have Hyper-arousal;
• Some feel deprived and isolated;
• Some want to be totally lonely;
• There is a strong feeling of doubt, uncertainty and distrust even among the families and neighborhoods;
• And a lot more

And I think these are the damages beyond compensation. Who knows that this would take decades to heal-up or to revolute like British Rowlett Act with a geographical separation?