To date over 3,200 deaths have been documented, as well as over 63,000 accounts of torture. An estimate of the real figure puts the actual death toll in the tens of thousands. Torture is widespread and systematic, ordered by top Chinese Communist Party officials to help wipe out the practice. Popular torture techniques include shocking with electric batons, burning with irons, tying the body in painful positions for days, force-feeding saline solutions through a plastic tube inserted up the nose, and prying out fingernails with bamboo shoots, to name a few; rape and sexual torture of the Falun Gong in detention are prevalent as well.

Recent and mounting evidence also reveal that Falun Gong practitioners are being killed for their organs, bones, and tissues, which are sold and transplanted at enormous profit.

An independent report prepared by two prominent Canadians (David Kilgour, Canada's longest serving Member of Parliament and former Secretary of State for Asia Pacific, and David Matas, a human rights lawyer well known for his work related to the Holocaust) came to the shocking conclusion that mass organ-harvesting of Falun Gong practitioners has taken place over the last several years. It appears that tens of thousands of practitioners have been killed for their organs. The perpetrators are officials of the Chinese Communist Party (CCP), acting in collaboration with surgeons, police, prison authorities and military officials. The illicitly harvested hearts, livers, lungs, corneas and more were sold at huge profits to unwitting transplant patients, many from outside China. Meanwhile, the practitioners' murdered bodies were quietly and quickly cremated to destroy the evidence.

For more information about the organ harvesting of Falun Gong practitioners:
http://organharvestinvestigation.net/ 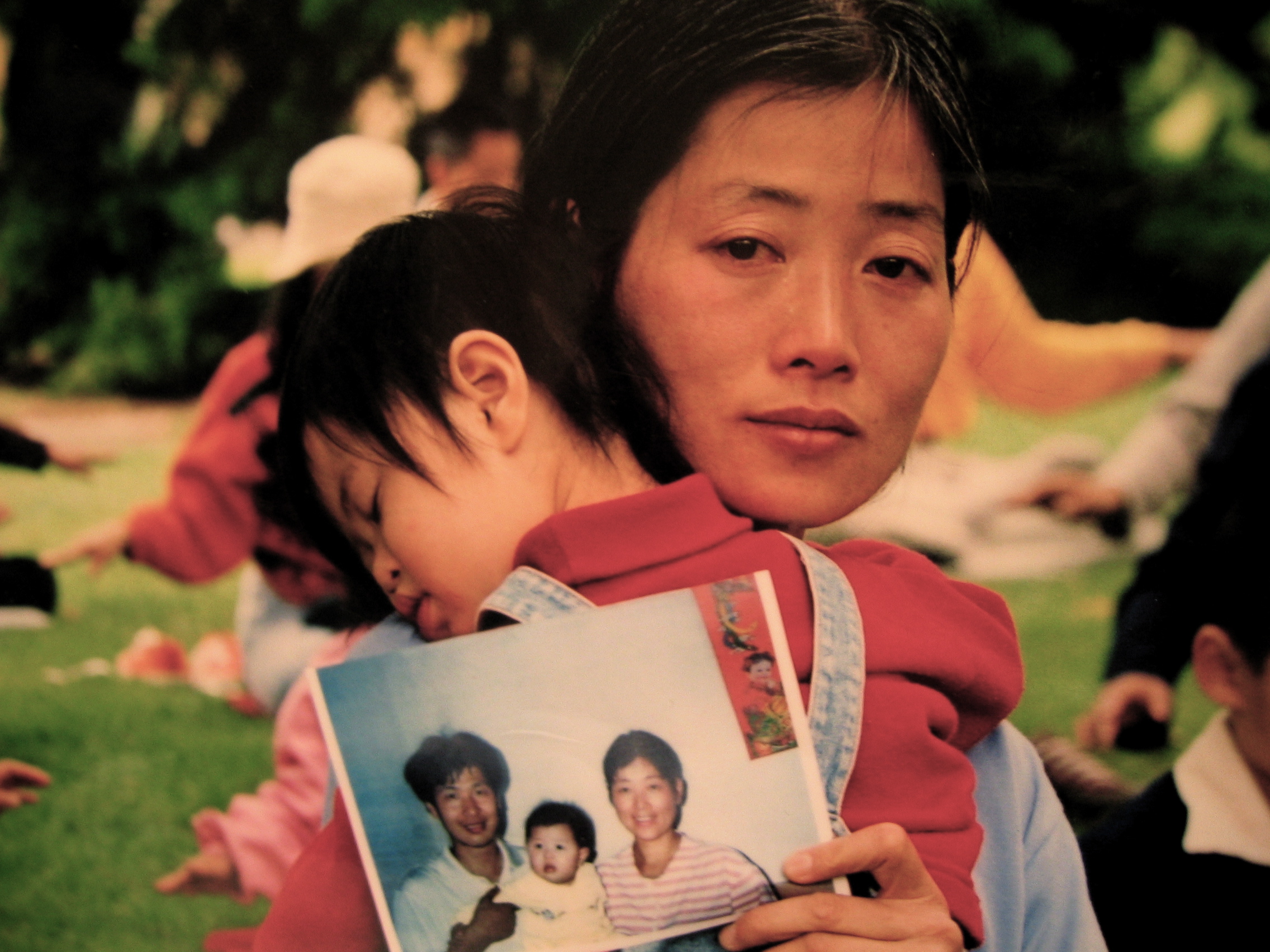 The persecution of Falun Gong has now been going on for 9 long years and reaches every corner of the country, with deaths confirmed in virtually every one of China's provinces, autonomous regions and province-level municipalities. Countless lives have been lost, thousands of families broken apart, unspeakable tragedies and crimes have been and are continuously being committed by the Chinese communist regime. This must be brought to an end. Please give us your support.


How You Can Help:

Speak to your friends, family, colleagues, and elected officials. Speak to media and ask them to cover this story. Invite your friends to join this group.

For more information on how you can help:
http://www.fofg.org/act/act_help.php 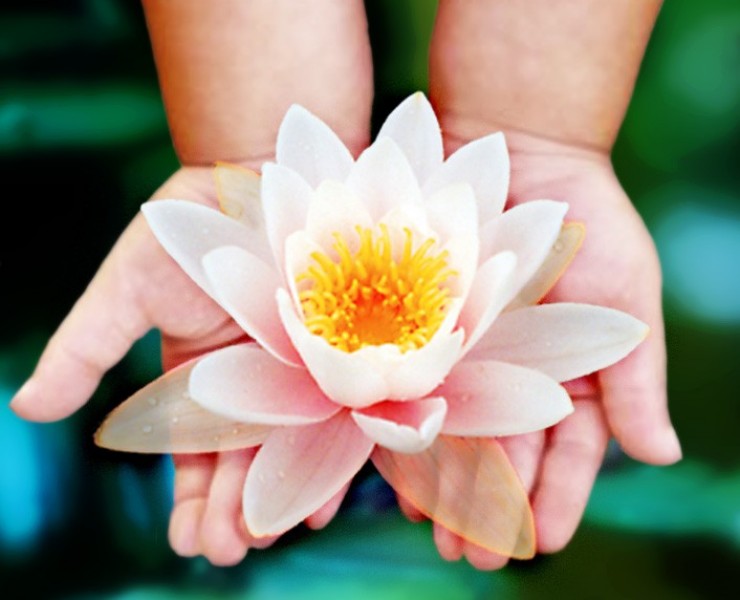 Thank you for your support.

A brief introduction to Falun Gong

Falun Gong, also known as Falun Dafa, is a traditional Chinese spiritual discipline rooted in ancient Chinese culture. Its principles are based on Truth, Compassion, and Tolerance, and the practice involves slow, gentle movements and meditation. Persons who practice it regularly find it brings them better health, reduced stress and inner peace. The practice was introduced to the public in China in 1992, and is today practiced by tens of million people in more than 70 countries. The main works of Falun Gong are available in over 30 languages. Why is the Chinese Communist Party persecuting Falun Gong?

The Chinese government initially touted the Falun Gong meditation for its health benefits and moral elements after its introduction in 1992, and the government issued numerous proclamations and awards to the founder, Mr Li Hongzhi. However, in 1999 the Chinese communist regime reversed its seven-year endorsement of Falun Gong, and launched a brutal campaign of persecution to eradicate this group. The complex rationale behind the campaign can be broken into four elements: Falun Gong’s popularity, the role of Jiang Zemin, conflicting ideology, and the nature of the Chinese Communist Party’s system.

While a common misconception is that the gathering of 10,000 adherents in Beijing on April 25, 1999 is what led to the persecution of Falun Gong, oppression of the practice actually began at least three years earlier. The more popular Falun Gong became, the more resistance it encountered. Party leaders fear any large, independent group, and Falun Gong was probably the largest. When Falun Gong books became bestsellers in 1996 they were banned; when state-run media estimated that over 70 million people practiced Falun Gong - more than the Party’s membership - media began attacking Falun Gong and state security began spying on and harassing adherents. It was in response to these early abuses that adherents gathered in Beijing.

Fearing Falun Gong’s rapidly growing popularity was overshadowing his own legacy, then-Party leader Jiang Zemin ordered the practice “eradicated.” According to a 1999 Washington Post article, “Jiang alone decided that Falun Gong must be eliminated” Journalists and inside sources have described Jiang as “jealous” of Falun Gong and “obsessed” with eliminating the group. As China analyst Willy Lam has argued, by creating a national campaign Jiang sought to both align power to himself and eradicate a group he saw as a threat to his power.

The ideological differences between the atheist Communist Party and the spiritual Falun Gong also played a role. While religion is again becoming increasingly popular in China, and the Party does allow some religious affiliations, religious groups must submit to the state and their leaders must be Party approved. Other groups who, like Falun Gong, have chosen to preserve their belief system and refused to tender to the Party have also met persecution, including Tibetan Buddhists and house church members.

You need to be a member of Help End the Persecution of Falun Gong in China to add comments!

Comment by Liliana Vinteler on December 3, 2009 at 2:53pm
Love and Peace
I want to know how and where i could practice Falun Gong in my country, Romania, if i am not too old. I am 42 years old.
Liliana

Comment by Elisabetta Errani Emaldi on October 8, 2009 at 12:08am
This is a very interesting video!!!!
If you love yourself and the world you listen to it. Rainbows of love and peace

From the infinity of the Universe
rainbows of love and peace arrive to us,
invisible wires
of the Divine creative energy.

From The Planet Earth,
balls of destructive human energy
are expanding into the Universe,
created by ignorance which flares
wars, crimes, hatred, and evil.

We are small creators!!!
The thought is energy that creates!!!
Our uncontrolled minds are polluted
from the dark energy of evil.

The thought is invisible energy that transmit
our aggressive inner world to the collectivity.
We are the good and evil in the world!!!

Our imbalance leads to our destruction
and our planet one.
We are the architects of our destiny,
unaware of having created our universe
of suffering and disease.

We can control our minds,
heal our ills and cover the whole planet
with love and peace.

A collective and balanced
thought will throw millions of rainbows on earth and
in the universe, illuminating the darkness.

We are divine collaborators, we must abandon
ignorance, stupidity, drugs, vices and become
responsible creators of love and peace,
worthy of being God’s children.

Comment by Mark Griffith on June 2, 2009 at 5:53am
I guess, Pia, that even if it was personal with Jiang, he must have found common cause with a group inside the Central Committee.

Also, even if some Central Committee members would be happy to ease up on Falun Gong, doing so has political significance inside the Party, so is now a way of signalling a 'hawk' position to other Party members. Horribly cynical, politics, isn't it? 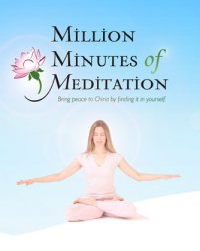 July 20, 2009 marks exactly 10 years since the Chinese Communist Party began a campaign of imprisonment, propaganda, torture, and murder to eradicate Falun Gong, a practice of meditation and spiritual cultivation based on the principles of Truthfulness, Compassion, and Tolerance. Falun Gong was once celebrated by the Chinese government for its health benefits and moral teachings, but as the practice grew in popularity throughout the 1990’s, the Communist Party began to see it as an ideological threat, eventually banning it outright. Practitioners of Falun Gong have maintained their peaceful beliefs in the face of this oppression, and their efforts to regain their freedom have always been non-violent and in line with the tenets of their faith. Hundreds of thousands have been imprisoned without trial. Millions have lost jobs, homes, and loved ones. Over 3,200 have been tortured to death for their beliefs.

So here’s what you can do to help.

Take a minute or two—or more—and just sit, meditate, or pray in your way. Think about the principles that guide your life or what freedom of belief means to you, and then simply donate those minutes of meditation to help stop the persecution of Falun Gong by going to our website. If you ﬁnd the experience rewarding, do it again another day, and ask a few friends to do the same. Our goal is to raise over a million minutes of meditation by July 20.

Comment by Pia Maria Norris on June 2, 2009 at 5:43am
Mark, I think it was, and my guess is that part of the problem now is that even with him gone so many people became complicit in the crime and obviously they are not interested in their crimes being exposed...

Comment by Mark Griffith on June 2, 2009 at 3:56am
Is it personal for Jiang then? Without him, would a reconciliation with the Communist Party in Beijing be possible?

Comment by Pia Maria Norris on May 29, 2009 at 11:58pm
Stephanie, thank you so much for posting about Petals of Peace! Saw that it was also featured on the front page of ipeace, great!