PEACE by the Luminaries

PEACE WORLDWIDE STARTS FROM THE INSIDE…
This is the mantra of a vibrant new young breed: off the street and depth of 'the hood' streetsmarts, carves a new wave of high-class musical fusion: jazz, funk, hip-hop, and within its soul lies this message…At a time of change, a time where globally people seek a different kind of hope, ten young individuals found themselves drawn to one another and together have become exemplary of those who seek and find hope within themselves…
The vivacious  'Conscious Hip Hop' musical style of this impressive young group says 'Yes' to inspiration, empowerment, and being the change they wish to see in the world...  iPeace wanted to know more…
iPeace: Tell us how did you come to join up together?
JBrave:
Well... I came up with the name quite some time ago after a visit to the Egyptian Pyramids in 2001. I enrolled Freewill into the vision in 2004, and we began doing shows under the name as a duo... by 2006 we attracted Truth I, Amore One, and Silvermoon into the group...in December of 2007 we added the band element, and we've been taking off ever since....Maesyn, the other female vocalist, who I've actually known for almost 5 years, joined the band 5 months ago....we are 10 now... I look at 2006 as the catalyst year of the band coming together, and more importantly the first show with the Musicians in December of 2007 as the turning point in which what everyone knows now as Luminaries.
There are 10 letters in L.U.M.I.N.A.R.I.E.S. and 10 people in the group. We are united for Peace, and we use our gifts to inspire, those with music. Our light is fully expressed by "Being The Change" and leading by example. 8 out of the group is vegan, vegetarian, and 5 out of ten has a Living Food/Raw diet... we are all into meditation, yoga, Truth I teaches Qi Gong, Freewill & I have been working with the Homeless & At-Rish community for quite some time as mentors, multiple members in the group teach youth forms of music....We're all very active in the community. Basically we talk the talk and walk the walk... our biggest lesson right now is reallizing the importance of our inner work and having that be the staple for whatever we want to manifest.
"Peace Worldwide Starts From Inside" ....it's the truth. We all must cultivate a certain level of inner peace in order to truly find that outside of ourselves... What is real has always been inside.
At this point others of the band joined us
iPeace: How did you all meet?

JBrave: Sam introduced me to the field of Social Services, working with Homeless and At-risk youth, and I introduced him to the idea of doing music as a Luminary, it was a fair exchange...

JBrave: This is like 2004... I was working at an organization called My Friends Place in Hollywood... Sam moved on to a different organization in the same network. Eventually within a year he came and lived with me in Venice Beach, ... in 2005...then magic started to happen

Sam: we created an unbreakable bond and began to  brainstorm on how to unite our talents

JBrave: I was also hosting an open mic starting in 2005 called the "Fiyah House" in Hollywood....it was like our first stage.... I would just use my gift of bringing people together to help give others a platform. We did our first official Luminaries show as a duo more less... at the end of 2005, then in 2006 Truth I and I met down on the Venice Beach boardwalk. Venice is the place that birthed Luminaries. We have all lived there at one point or another... fun thing about the meeting with Truth.  I was walking down the boardwalk on like a random day like Tuesday afternoon, and I see this blonde haired guy with locks, just sitting on the group with a cloth in front of him with an assortment of healing gems, and crystals... he was actually making some sort of staff... Spirit just told me to sit in front of him, so without saying a word I just went up to him and sat down right in front of his face..."

At this point of the conversation, Soullivin  left to go meet up with his family, wishing us all, 'peace'..

iPeace:  How did the public take to your and performances?

iPeace: What happened when you sat in front of him?

Sam: I was convinced that this would take my life in a new direction

iPeace: Life is beautiful that way...

JBrave: Good point Free...yeah people really opened up to fun music, that is positive, and makes people dance... yeah so, when I sat in front of Truth  we began to talk and we actually started to share with each other poetry...Then we attracted a French guy into the conversation, and we we're giving him life insight, and telling him about meditation...I had just got back from a 10 day silent meditation retreat a month or two before.

The vibe lulled like wine and conversation out on some LA beach ..I asked what being part of Luminaries means to each of them and what kind of role they hope the Luminaries has musically in spreading peace...

JBrave:Being a Luminary means being the perfect reflection.

Konscious Krieger: Being a part of Luminaries has propelled me to grow, look inward, and reflect back the most optimum highest self possible, at all times.  The 10 other reflections in the band have become my family, and I have chosen to surrender my ego in order to serve the greater cause. Spreading the word of peace worldwide is a privilege, and  each of us in the group have a different, unique perspective on life that we offer to the creative process.

Amore One: Being a Luminary means recognizing the ultimate possibilities and limitless energy that lies within myself, and doing my best to reach the highest levels of my potential.  In service, this is my life's purpose: the ever-present quest for truth and love found in myself, delivered through the media of music, film, sound and light,

As Luminaries, we are spreading that truth and love through our music, cultivating an inner peace inside ourselves and as a collective family unit, and radiating that tranquility through sound waves and vibrations for the whole world to share in.

Benjamin the bass player : Being in Luminaries means that I canfulfill my desire to serve people in a waythat best utilizes my skills and my passion, which is to be part of a musical group that speaks as one heart and one voice through our songs.. sharing love and ideas to promote love, peace and a sustainable world through a rawdiet, ahimsa, meditation, and union with the divine though shared joy!
Maesyn: Being a part of the Luminaries has assimilated my single identity into that of a family. A family where i am heard, seen, and encouraged to grow gently and with support. It is the first time I have experienced a community whose principles and intentions resonated with the depths of who I am striving to be as a soul in evolution. Within the Luminaries, I have learned how to communicate and hold space for others, which has impacted my relationship with my Family, as well as my relationships. It is a forum for me to explore my voice, surrounded by a network of friends who believe in me and encourage my creative expression to flower.

I know that the energetic existence and intention of the Luminaries is already impacting the energetic elevation of peace throughout the world. The microcosm of our family makes daily effort to deepen and hold space for vulnerability, communication, peaceful conflict resolution, and energetic healing. Every member of the group is a powerful healer, and we support each others highest potentials through encouragement and commitment to high resonance living foods, meditation, outings in nature, energetic clearing, group therapy, and positive energetic exchange.

We are all committed to being the change we wish to see in the world, and being mirrors for each other to help each others accelerated growth potential on their paths. Comment by Yadon T. Abraham on January 4, 2009 at 11:14pm
Most Caring group alive I would say! Bless you ALL's heart for all the determination, effort, love, consideration and all the God given virtues that are at work here my friends in Christ,......... and keep on keeping on with the ultimate exertion in LIFE which is imperative of its dispersion into all corners of the earth. ALL give Praises To God The Allmighty! 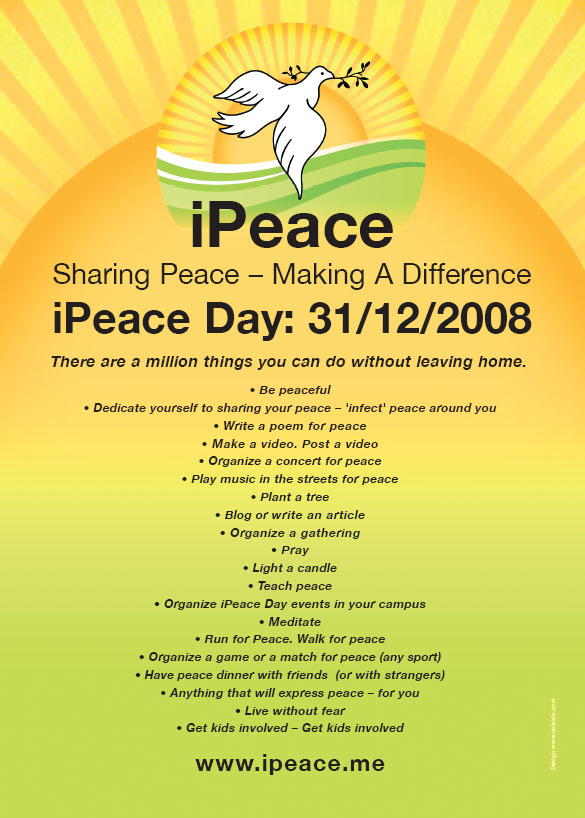 Comment by Kana Gopal on December 6, 2008 at 9:25am
I am touched and impressed by what you do -- using music to help people reach the peace within. I am working with 2 young men who are using music to express themselves. I know you will inspire them.
kana

Comment by muriella on December 4, 2008 at 9:53pm
Hi Guys
You are great, fabulous, deep, love the choices...would like to invite you to do a singing podcast for us on United Nations Yak.com - www.unitednationsyak.com where we yak about social and humanitarian issues and share the work of the UN in achieving the goals to end poverty - the Millennium Development Goals . Songs like you have also support the achievement of goals as it helps to change the narrative from limitations to working together building relationships.
let me know -

Comment by Wendy Daugherty on December 1, 2008 at 10:04pm
Great job guys! I am soooooooo pleased to know you and share in the joy and inspiration!

Comment by sabina mueller on December 1, 2008 at 2:04pm
Wow, to read this touched my heart. I m full of hope when i see, that the flower of peace starts growing everywhere in the world. Your aims are so similar to what we are working on since 30 years in the healing biotop and peacevillage in Tamera Portugal. It's true , to develope inner peace is the first step to create a peaceful world. May this movement grow, and may we allstart to be part of this change. Thanks to all of you .
Sabina