As iPeace site editor I regard neutrality key to showcasing outstanding members of this unique global community. Recently graced with an extraordinary 10,000th member, iPeace is becoming a gentle tidal wave of change, echoing this year's current theme of Yes We Can.

Meeting and interviewing another extraordinary iPeace member was my task this week and her endeavour speaks loudly and resolutely of this same Yes We Can anthem and I find this is one time I cannot be neutral. The achievement of this seemingly informal and casual name PeaceJam is extraordinary and it comes as no surprise to learn that its co-founder and iPeace member Dawn Engle was nominated for the 2008 Nobel Peace Prize. 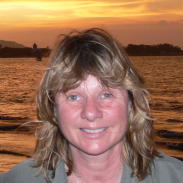 PeaceJam arose from a casual chat with kids from a hood. The topic of that casual chat strikes a deep personal cord with me as Bishop Desmond Tutu is not only from my own 'hood' but was locally something of an iconic anti –apartheid hero.

PeaceJam was conceived on the gritty, gang-infested streets of northwest Denver in the summer of 1994. Ivan Suvanjieff, an artist, musician, and relentless dreamer was talking with Latino gang members at the corner of 13th and Wyandot when he discovered that these rough-and-tumble youth not only knew who Desmond Tutu was, they appreciated his nonviolent efforts toward change.

Suvanjieff was blown away. In a prevailing atmosphere of disaffection, apathy, and hopelessness among young people, there was also an acute awareness of and appreciation for human greatness. The dreamer in Suvanjieff emerged and he envisioned Nobel Peace Prize Laureates working shoulder-to-shoulder with youth. It was an idea so brash that some scoffed. Could he entice the laureates to jump on board? Could he really help young people regain a sense of meaning and integrity in the world?

Suvanjeiff's vibe was infectious, though, and he soon sold Dawn Engle on the concept. Engle, a former Washington politico and cofounder and chair of the Colorado Friends of Tibet, was granted an audience with the Dalai Lama, and she and Suvanjieff spoke with unabated passion about their brainstorm. The Dalai Lama liked the idea and suggested they bring in other Nobel Laureates. One by one, twelve Laureates-The Dalai Lama, Desmond Tutu, Rigoberta Menchú Tum, President Oscar Arias, Aung San Suu Kyi, Jody Williams, Máiread Corrigan Maguire, Adolfo Pérez Esquivel, Bishop Carlos Belo, José Ramos-Horta, Betty Williams, and Sir Joseph Rotblat-learned about the PeaceJam vision and asked, "Where do I sign up?"

The mission is simple: to create a new generation of young leaders committed to positive change in themselves, their communities and the world through the inspiration of Nobel Peace Laureates.
I caught up with Dawn Engle the evening before a flight to another of PeaceJam's student programs and asked her for her personal impression of its evolution since its humble beginnings back in 1994.
She describes it as all simply quite unbelievable and incredible.

" We had no idea what it would become when we started,'' she explained.

She and Suvanjieff , often PeaceJam staffers too, find themselves overwhelmed by thankful parents and families who cry, laugh or both in their thankful and deeply appreciative expressions for the transformation the PeaceJam programs have brought about in their children's lives and very often their own as a direct result.
She told me,  "PeaceJam has taken on a life of its own and I am constantly blown away by the power of the idea and what we now really want PeaceJam  to become is an organization like Amnesty International. Ivan and I will grow old and one day no longer be here, but PeaceJam will and we'd like it to have the same kind of continued legacy. So many teachers teach because of the PeaceJam and its programmes have a huge impact on schools, families and communities. My dream is that this continues."

When PeaceJam first began, eight Nobel Laureates were involved and over the years four more have joined the star-studded mentoring ranks. PeaceJam has worked and collaborated with these twelve laureates all this time and that makes their participation in the10year global action campaign much more than just names on a list.
She speaks with much affection of how the different Nobel personalities engage in programs and mentions with special delight, His Holiness the Dalai Lama and his un-diminishing enthusiasm. PeaceJam offered him the opportunity to work and mentor young minds and fulfills a personal dream. He had wanted to initiate a youth program for many years and PeaceJam offered him that perfect opportunity to work with so many youngsters throughout the year and for the students, the opportunity is no less fantastic.

I asked her if any students over the years took on something of the examples set by their Nobel mentors and went on to create extraordinary events or initiatives of their own. Naturally the question was answered in what can only be a superb showcase of the strength and vision the youth of our age embrace and it is encased in the hardcovers of  "PeaceJam : A Billion Acts of Peace" , published by Penguin, featuring story after story of how individuals have taken the PeaceJam example back into their own lives and communities.

The idea itself has been transferred to the PeaceJam's Global Call to Action Initiative begun in 2008 as global challenge that aims at achieving a billion acts of peace worldwide by 2018.
The contest broadens the scope of participation for submissions can be digital storytelling and introduces a more user-orientated content when creating peace acts or events.  The selection process culminates in the best of the best winning a personal visit to that school by his Holiness Dalai Lama.

Dawn informed me to that future plans includes an international PeaceJam Alumni, so that stories of earlier participants can be followed through and one can look at where a career has led and what achievements have been made by any number of individuals who were once students in the PeaceJam program which for all participating students,  is a splendid idea.

Not only is iPeace  honoured by Dawn Engle's active membership, but also iPeace will be partnering with PeaceJam on December 31st for iPeace day and PeaceJammers will be creating their own iPeace events alongside those of own iPeace members.

Since its launch in 1996, more than 600,000 youth have participated in the PeaceJam program. Over one million service projects have been created and implemented by participating youth, and over 140 PeaceJam youth events have taken place in 10 different countries throughout the world.

IPeace joins PeaceJam in the "yes we can" momentum of this new era and together we ALL create the kind of humanitarian legacy of which this century can be historically proud. Thank you Dawn: You are truly an Inspiration.

A Global Call for Action: http://www.globalcalltoaction.org/

Subject:  Invitation for the “International seminar on Teacher Education for Peace and Harmony”.

We are happy to invite you to participate in the International seminar on ”Teacher Education for Peace & Harmony” from Feb 11 to 13, 2012 at New Delhi, organized by that IASE Deemed University, Gandhi Vidya Mandir, Sardarshahar, Rajasthan, India with the support of GUJARAT VIDYAPITH: AHMEDABAD (http://www.gujaratvidyapith.org/),JAIN VISHVA BHARATI UNIVERSITY (http://jvbi.ac.in/):,THE TEMPLE OF UNDERSTANDING—INDIA (http://www.templeofunderstanding.org/wwa_International_Chapters.html), NATIONAL SPIRITUAL ASSEMBLY OF THE BAHA’IS OF INDIA (http://www.bahai.in/), Global Harmony Association (GHA): www.peacefromharmony.org

Prior to this International Seminar a One day Pre-Seminar Workshop was conducted at New Delhi on 24thSeptember, 2011.  About 80 eminent educationists, experts in value education, former bureaucrats/heads of various Educational organizations like University Grants Commission (UGC), National Council of Education Research & Training (NCERT), National University of Educational Planning and Administration (NUEPA), Indira Gandhi National Open university(IGNOU), National Institute of Open School (NIOS), Ministry of Human Resource Development (HRD), National Human Rights Commission (NHRC), various University  etc. and a number of Vice Chancellors interested in the cause of Teachers Education through Human Values, Peace and Harmony participated in the workshop. They all advocated that only Value based only Teachers education would bring long term and stable transformation of society.

Hence, we are pleased to invite you in view of your institutional work and your rich experience in the field of peace & harmony development and Teacher education. Your participation will immensely contribute towards improving the quality of the Teacher Education and more importantly achieving Global Peace through Harmony.

A copy of the seminar brochure is enclosed for your kind perusal.

We will appreciate if you could kindly respond to our invitation at your earliest.

Note: Please visit http://www.iaseuniversity.org.in/intSeminar/index.asp for the details of the Seminar.

Comment by Zhiwapa on November 6, 2009 at 7:55am
I love Peace Jam's great action for humanity~

Comment by Marian Duggan-Markos on February 18, 2009 at 2:30pm
Some of the kids from my "church" are participating in Peace Jam. They are loving the process, growing and appreciate the whole experience and feel honored to have this opportunity. As adults in the community, we all feel blessed to have been able to have given it to them! Thank you to all those who make this happen.

Comment by Hamit GÜRSOY on December 28, 2008 at 6:40pm
Hello;
Thanks a lot for your effort about the PEACE.
Greetings from Izmir-TURKEY

Comment by Kathleen O'Neill on November 22, 2008 at 3:45pm
This moved me and gives me hope for the planet. We need to keep this kind of energy growing and moving. Thank you

Comment by Stephanie on November 21, 2008 at 4:36pm
This is exceptional! So inspirational!. Such a necessary group in our society! Wonderfful! And wonderful writing, my compliments to all involved in preparing this piece.
Stephanie