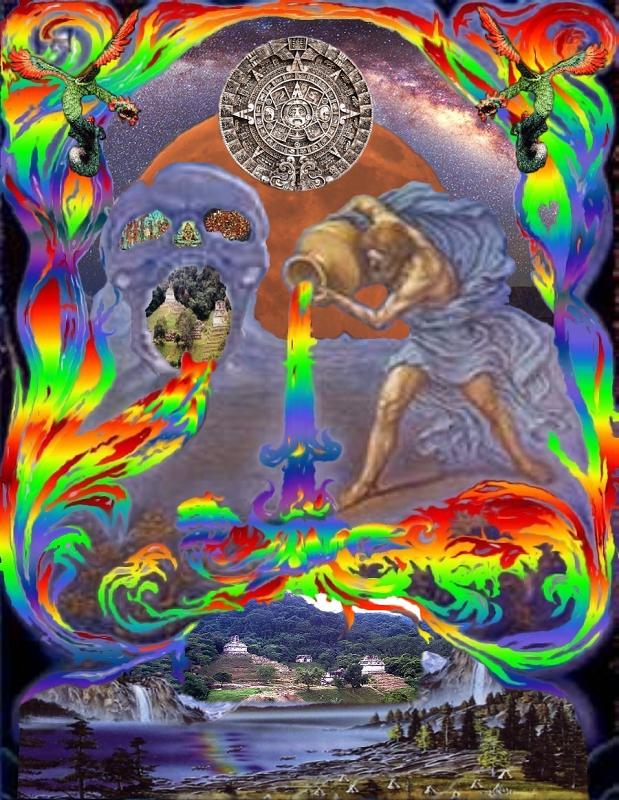 End of the Mayan Calendar-Beginning of the New Era:
Celebration of All Cultures
April, 2009 Update

Two and a half months into co-creating the events for December of 2012 the progress has been going amazingly well. Our Website and Facebook Web Pages: 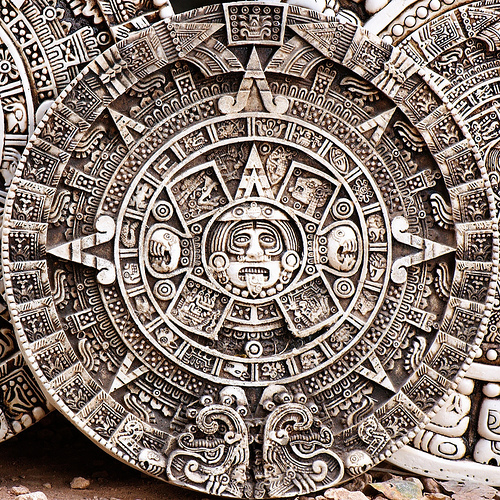 December 21st, 2012 celebrates the changing of the Eras as marked by the Mayan Calendar, the most astronomically correct in existence, which coincides with the changing from the Age of Pisces to the Age of Aquarius.
The Peoples of All Cultures are invited to take part in the main event at Palenque, area of the Sacred Mayan temples, Chiapas – Mexico and via Sister Events around the world which will be celebrated by millions of people globally.
It is the express desire and will of the people to bring with them to this/these event(s) all of the best which every culture has to offer as a model of that which we all wish to enter this New Era with and that will foster World Peace and the Healing of the Mother Earth. Leaving behind all those things which have to date brought the world to the brink of ecological disaster and torn by the divisions of the people which has led the world to wars, genocide, illnesses and strife.
Achieving the common desires of all peoples to live in peace & harmony with each other and nature are our goals. A world where future generations of life will know true prosperity allowing for all peoples needs to be met, where we can live a life of dignity & respect for one another and all living creatures which we share this beautiful planet with.
The one common event planned for all events world wide is to be an hour Circle of Silence for World Peace and the Healing of the Mother Earth. This will take place during the times immediately prior, during and after the precise timing of the Changing of the Eras. During this hour all who participate will silently think, pray, meditate and feel in their beings the complete desire to know and be part of the change which must take place. Dedicating themselves to carrying this with them the full intent of being living examples of our deepest dreams and visions.
This is not anything that political, religious or social leaders can dictate, but rather a choice to be made by each person to accept personal responsibility to bring about a new age that strives to co-create the future we all wish to see and know as living parts of the the realities.
During this month long event Councils, free for the participation of all attending, are encouraged so that groups and networks will be formed that will integrate the best that we can all present so that we can weave together the finest and best approaches towards achieving an Era of Enlightenment where genuine deeds can be co-created that will deal with all of the needs of humanity and all species.
We all know, only too well, the problems which we face around the world today, but dwelling on those is not the objective of these Councils. The objectives being the finding and presenting of the solutions to them so that we can set clear paths towards co-creating positive alternatives via viable means to resolve the problems which exist at the end of the passing Era/Age.
Further encouraged at all events will be the celebrations of all of the arts: Graphic, Musical, Theater, Performing Arts of all styles and forms. Presentations of cultural garments, foods, beverages (We request that alcohol and hard drugs not be included in any aspects of these events), ceremonies & cultural histories. We welcome appropriate, portable and natural materials, living habitats such as Tipis, Yurts, Longhouses, Palapas, Wicci-ups and shelters used by all traditional cultures.
Alternative energy devises which work more in harmony with nature are greatly encouraged. Workshops on those, harmonious agriculture, holistic healing, cottage industries, conflict resolution, arts & crafts are all welcomed.
All groups who have active projects are welcomed to present their good works in exhibits, workshops and Councils towards garnering support for their worthy efforts. The formulation of new groups and networks are also highly encouraged.
onthepathto2012.mundomio.org
http://www.facebook.com/event.php?eid=62306258632
http://www.facebook.com/group.php?gid=23975299969
http://www.youtube.com/watch?v=kr__EgM3c9U
http://www.youtube.com/watch?gl=MX&hl=es-MX&v=utBkbJIYMy8
Rainbow Hawk: Focalizer/Coordinator rainbow_gathering@yahoo.com
http://www.youtube.com/watch?v=61BCB2-OmRY