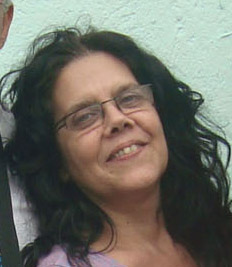 What do you believe are the 'burning issues' today?
War, Hunger, Poverty, Education, Violence

More
The lack of consciousness about the necessity of manifestating in peace of most of world's population and the particular interests from the one who have the power of decisions.

THE WOLD MARCH FOR PEACE AND NON VIOLENCE - JOIN IT

THE PROPOSALS OF THE WORLD MARCH
To avoid a future nuclear catastrophe we must surpass violence today, demanding:
• nuclear disarmament at a global level;
• the immediate withdrawal of invading troops from occupied territories;
• the progressive and proportional reduction of conventional weapons;
• the signing of non-aggression treaties between countries;
• the renunciation by governments of the use of war as a means to resolve conflicts.

It’s urgent to create conciousness for peace and disarmament. But it is also necessary to awaken a consciousness of nonviolence that rejects not only physical violence, but all forms of violence: economic, racial, psychological, religious, sexual, etc. This new sensibility could take root and inspire the social structures, opening the way towards the future Universal Human Nation.
We demand our right to live in peace and liberty. We do not live in liberty when we live under the threat of violence.
The World March is a call to all people to unite efforts and take responsibility for changing the world, to overcome their personal violence, and to work in their immediate environments, and as far as their influence may reach.

YOU CAN ENDORSE THE MARCH HERE
http://marchamundialbr.wufoo.com/forms/the-world-march-for-peace-nonviolence/

Why
Because we can end world hunger with 10% of what is spent on arms. Imagine how life would be if 30-50% of the arms budget went toward improving people’s lives instead of being used for destruction.
Because eliminating wars and violence means leaving human pre-history behind and taking a giant step forward in the evolution of our species..
Because we are accompanied by the voices of so many war-torn generations that came before us. The echo of their voices still resounds throughout the world, wherever armed conflict leaves its sinister memorial to the dead, disappeared, disabled and displaced.
Because a “world without wars” is an image that opens the future and seeks to become reality in every corner of the planet, as violence gives way to dialog.
The moment has come for the voiceless to be heard! Out of agonizing and urgent need, millions of human beings are crying out for an end to wars and violence.
We can make that happen by uniting all the forces of pacifism and active non-violence worldwide.


When
The World March will begin in New Zealand on October 2, 2009, the anniversary of Gandhi’s birth, declared the “International Day of Non-Violence” by the United Nations. It will conclude in the Andes Mountains (Punta de Vacas, Aconcagua, Argentina) on January 2, 2010.
The March will last 90 days, three long months of travel. It will pass through all climates and seasons, from the hot summer of the tropics and the deserts, to the winter of Siberia.


Who is participating
The March was initiated by “World Without Wars,” an international organization that has been working for 15 years in the fields of pacifism and non-violence.
The World March, however, will be created and shaped by everyone. Open to any person, organization, collective, group, political party, business, etc., that shares the same aspirations and sensibility, this project is not something closed. Instead, it is a journey that will be progressively enriched as different initiatives set their contributions in motion.
That is why this is an invitation to anyone and everyone to participate freely. So that wherever the March goes, the local people can contribute their creativity in a great convergence of multiple activities.
There’s space for everything the imagination is capable of conceiving.
The possible channels of participation are multiple and diverse, including virtual participation in the March through Internet.
This is a march by and for the people, with hopes of reaching most of the world’s population. For this reason we are asking all media to spread the word about this journey around the world for Peace and Non-violence.
What is going to happen
In every city the March visits, local individuals and groups will organize forums, meetings, festivals, conferences, and events (sports, cultural, social, musical, artistic, educational, etc., depending on their own creative initiative.
At this time hundreds of projects have already been set in motion by different individuals and organizations.

What are our goals
-To denounce the dangerous world situation that is leading us closer and closer to nuclear war, which would be the greatest catastrophe in human history – a dead end.
-To give a voice to the majority of world citizens who want peace. Although the majority of the human race opposes the arms race, we are not sending out a unified signal. Instead we are letting ourselves be manipulated by a powerful minority and suffering the consequences. The time has come to stand together and show our opposition. Join a multitude of others in sending a clear signal, and your voice will have to be heard!
-To achieve the eradication of nuclear weapons; the progressive and proportional reduction of non-nuclear arms; the signing of non-aggression treaties among nations; and the renunciation by governments of war as a way to resolve conflicts.
-To expose the many other forms of violence (economic, racial, sexual, religious…) that are currently hidden or disguised by their perpetrators; and to provide a way for all who suffer such violence to be heard.
-To create global awareness - as has already happened with environmental issues - of the urgent need to condemn of all forms of violence and bring about real Peace.

:: Would you like to live in a world without violence? Did you know violence isn’t just “physical violence” – but that there are many other forms of violence to be aware of? The list below offers some simple examples intended to help raise awareness about these different forms of violence that create human suffering, and that we ourselves at times may perpetrate, poisoning the world around us.

CHARTER FOR A WORLD WITHOUT VIOLENCE Violence is a preventable disease.

CHARTER FOR A WORLD WITHOUT VIOLENCE

Violence is a preventable disease.

No state or individual can be… Continue

Some Golden Rule (Ethic of Reciprocity) passages from the religious texts of various religions and secular beliefs:

"Ascribe not to any soul that which thou wouldst not have ascribed to thee, and say not that which thou doest not." "Blessed is he who preferreth his brother before himself." Baha'u'llah
"And if thine eyes be turned towards justice, choose thou for thy neighbour that which thou choosest for… Continue

Bryony brightoceanstar said…
Hi Cris
Just to say thank you for your lovely comment on my page last year!! I am reading through the page to see what I want to keep from the site when it closes in a few weeks and your comment was one thing!! If you would like to be in touch again at any time in the future my email address is bryonytree@googlemail.com. 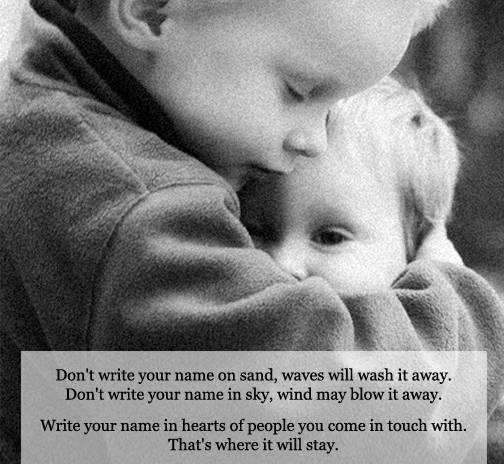